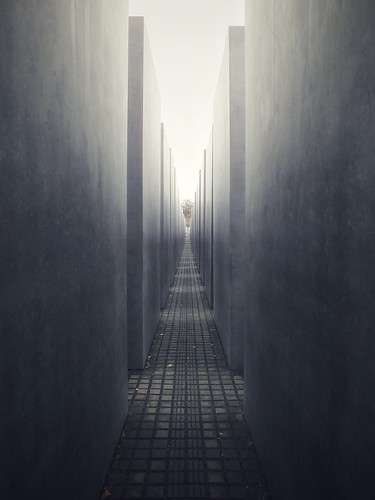 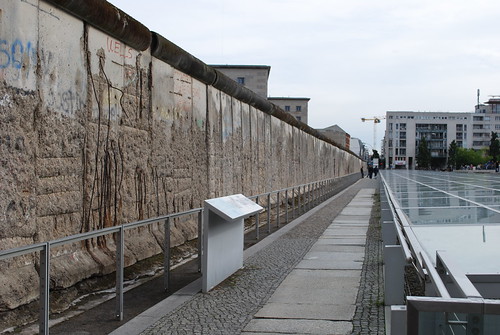 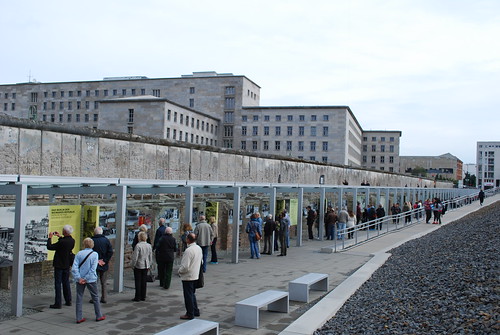 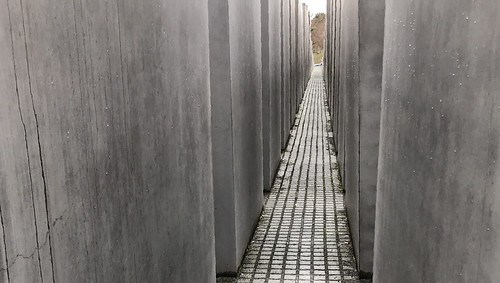 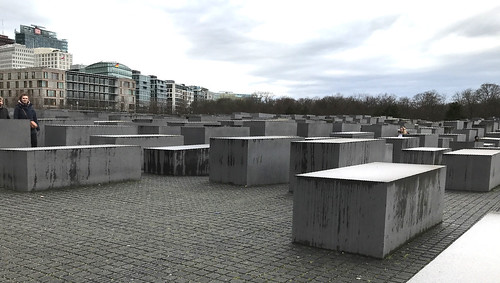 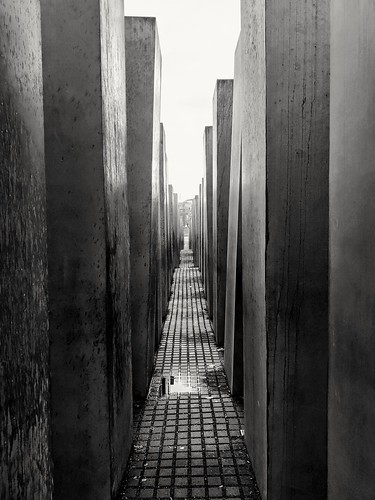 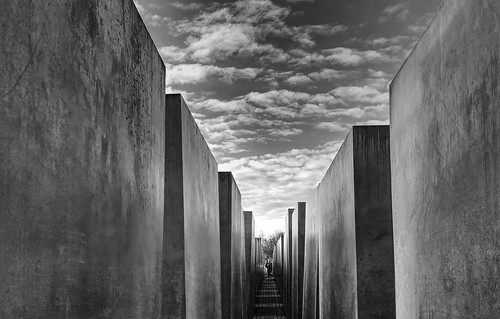 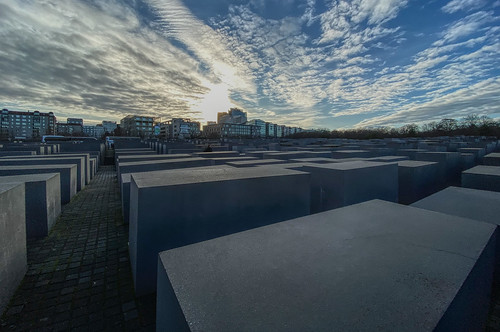 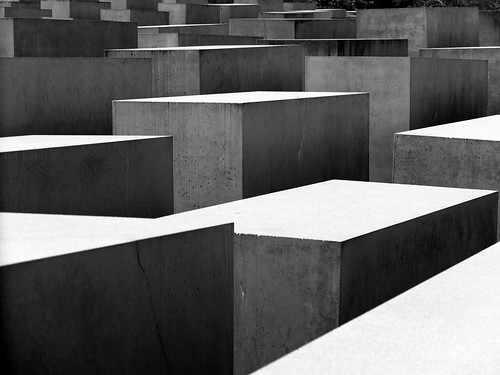 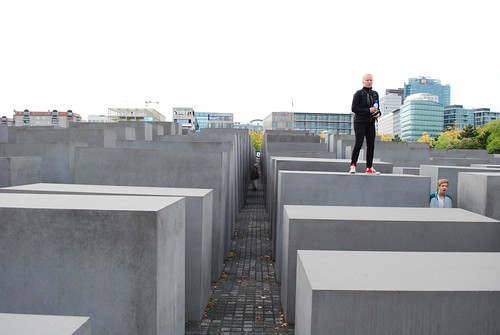 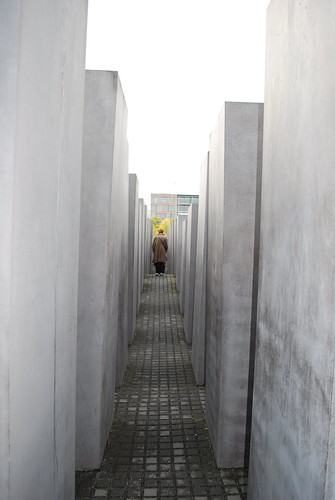 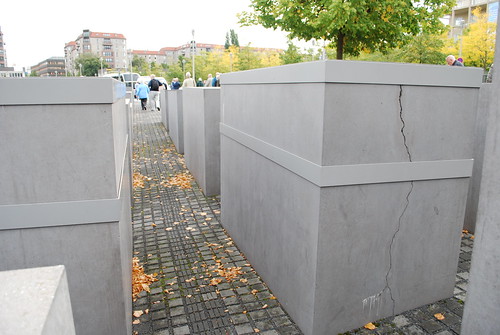 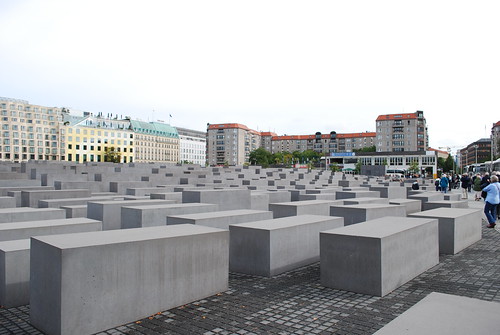 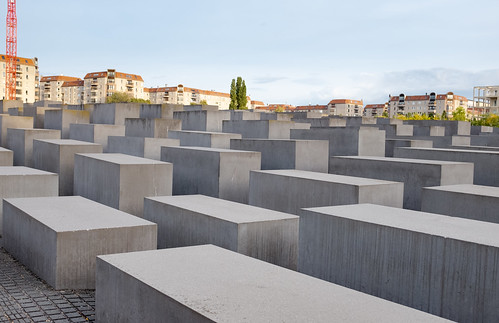 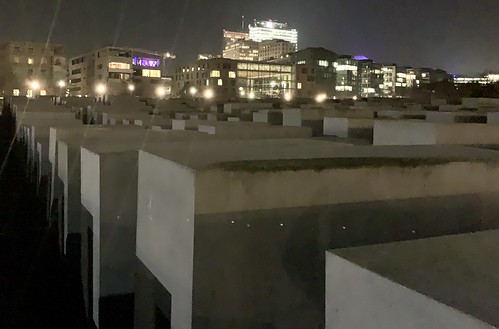 Completed on December 15, 2004, the Memorial to the Murdered Jews of Europe was built in remembrance of the six million Jews killed during the Holocaust. By pairing aesthetic minimalism and a massive scope, the memorial generates an incredibly powerful tension for its visitors.

Altogether 2,711 unmarked grey concrete “stelae” or slabs cover a city block situated just south of the Brandenberg Gate. Each and every one of the stelae is identical in dimension ( 7’ 10” by 3’ 1”) and eerily reminiscent of coffins, though they vary from eight inches to over 15 feet in height. As a whole, they create a labyrinth where visitors are easily lost, contributing to a pervasive feeling of bewilderment while walking amidst the memorial’s network of open-air corridors.