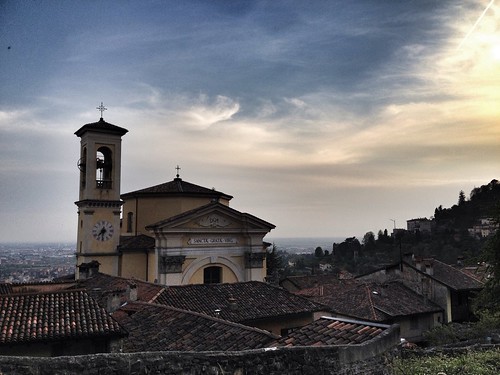 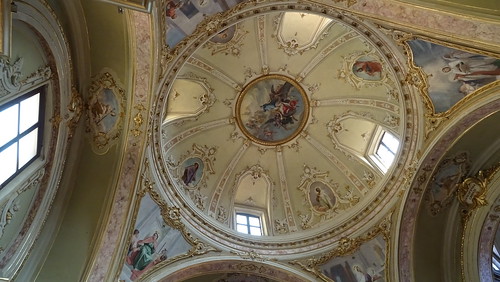 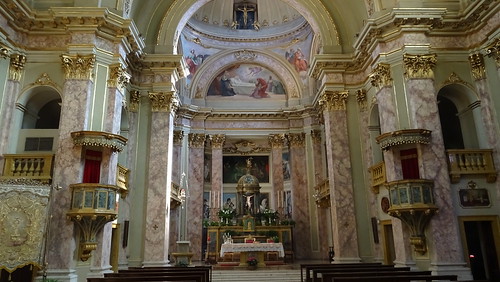 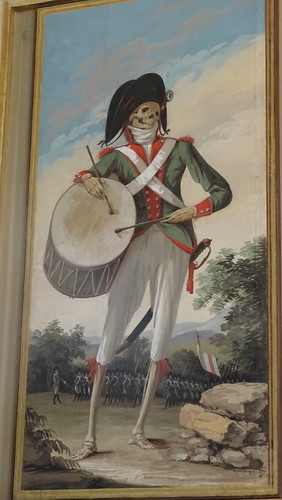 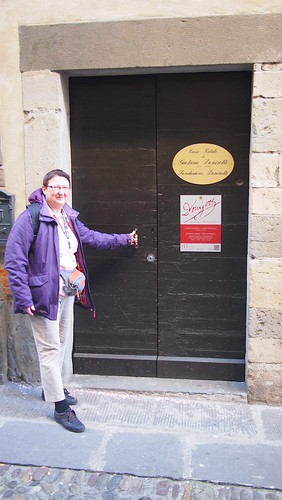 Chiesa di Santa Grata Inter Vites is known as such because the remains of Saint Grata were first buried here. The appellation Inter Vites refers to the fact that the church was once surrounded by vineyards. The original Chiesa di Santa Grata Inter Vites dates back to the 14th-century but was destroyed during the 16th-century. The current building is from the 18th-century, which in a city that has remains of the ancient Roman Empire, is a relatively new addition.

The building is quite ordinary. What makes it special is Bonomini’s “Living Skeletons Scenes” (“Scene di Scheletri Viventi”)— a set of six paintings that appears behind the altar. Vincenzo Bonomini painted this set between 1802 and 1810 for the celebration of the Suffrage for the Dead. As such, these paintings were on display only once a year for this celebration. The idea behind the images was that capturing mundane scenes, while substituting bodies with skeletons, reminded people about the transient nature of human existence.