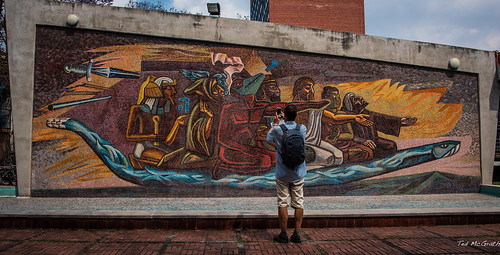 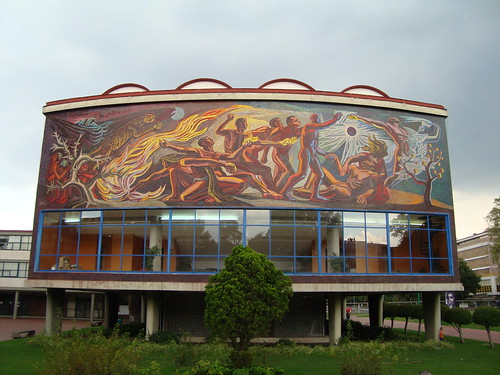 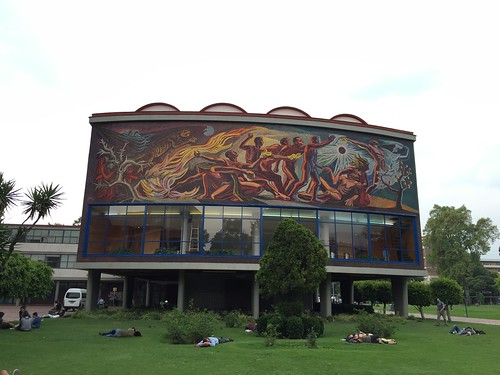 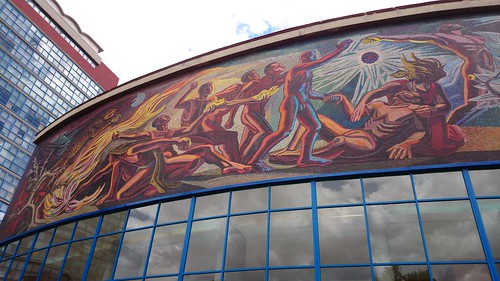 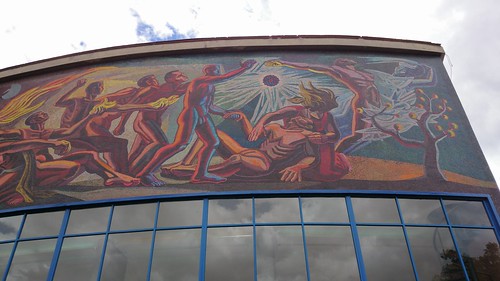 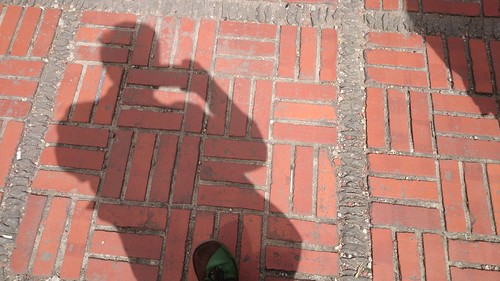 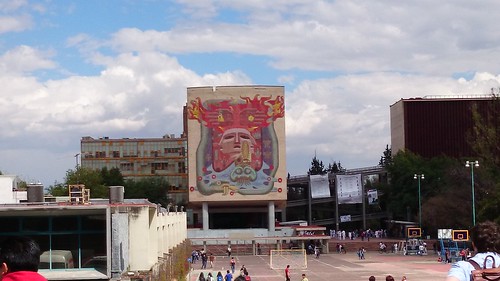 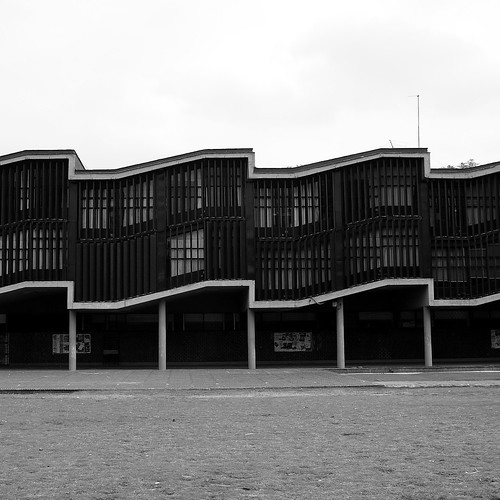 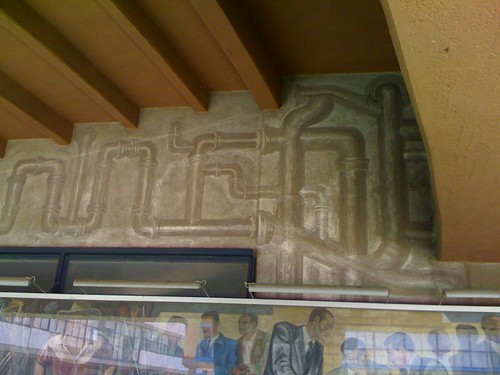 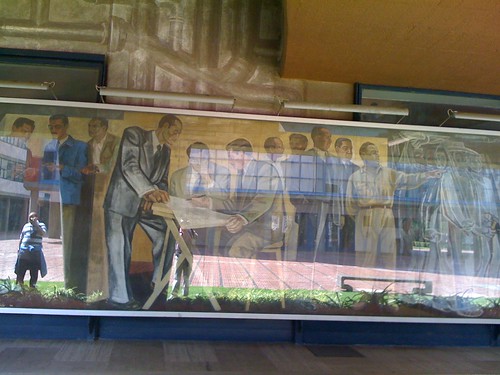 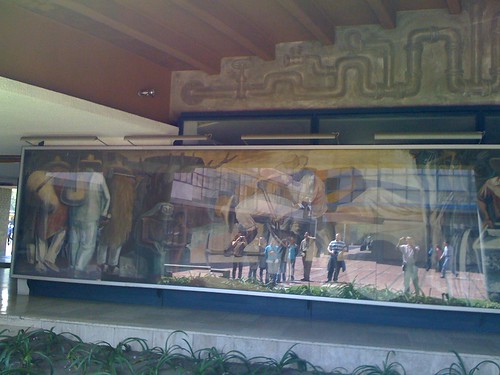 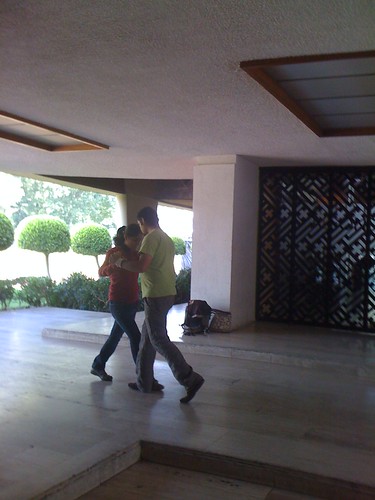 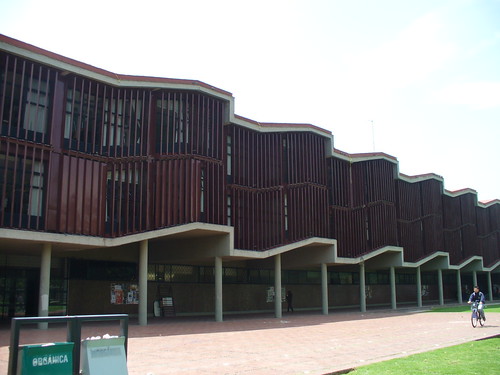 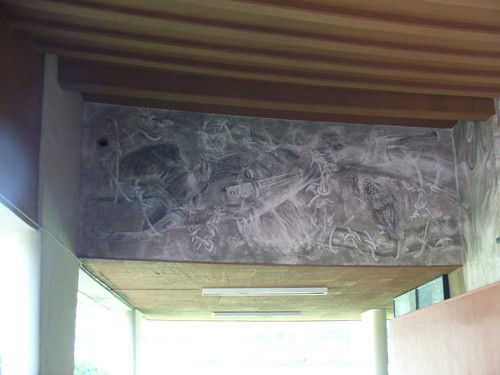 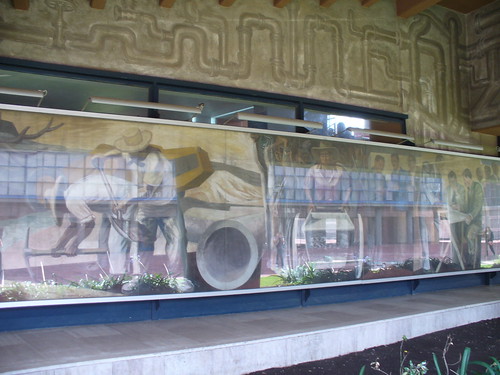 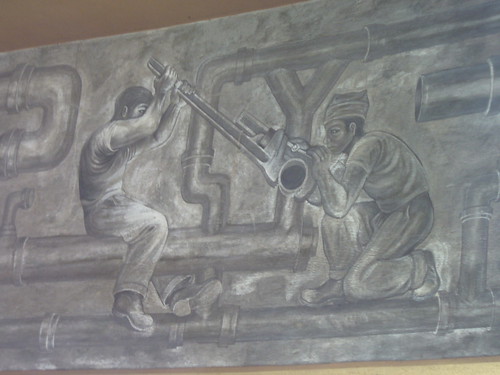 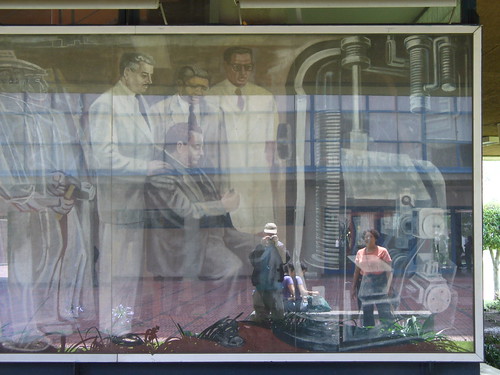 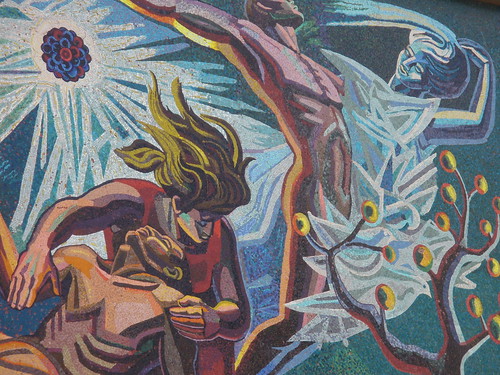 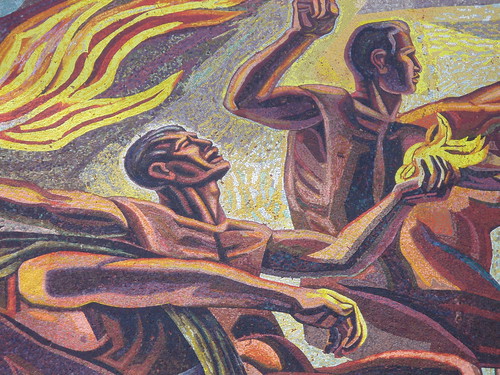 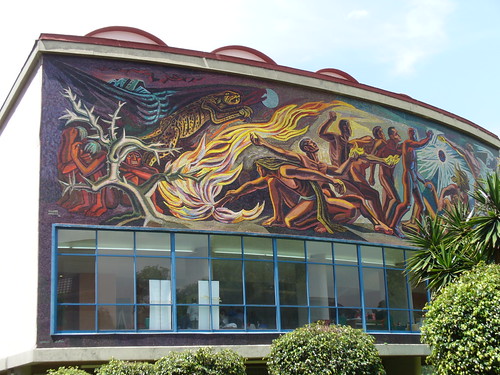 This mural was created in 1952 by the artist Jose Chavez Morado to decorate the outside of the building of what was then the faculty of science building at the National Autonomous University of Mexico. It shows the artist’s idealistic and mid-century view of humankind as having emerged from a state of ignorance and fear to one of enlightenment and potential. It is, essentially, an unabashed ode to scientific progress.

The far left corner of the mural portrays a group of humans sitting around a dead tree in fear of the terrifying entities that run rampant above their heads. These figures represent an imagined state of humankind’s ignorance, fear, and superstitions. A cloaked skeleton, representing superstition and a manifestation of humans’ fears, throws its arms wide and seems to cackle at the defeated state of the people below. Nearby, a big cat, either a jaguar or a leopard, runs through the night sky, representing prehistoric humankind’s vulnerability to nature.