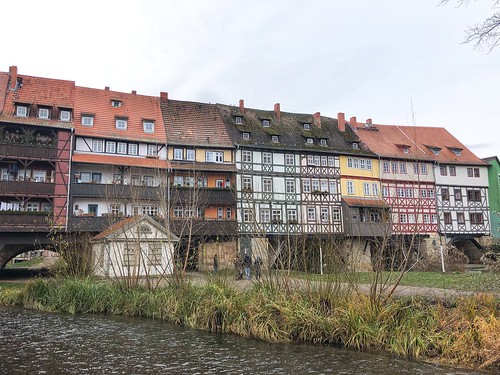 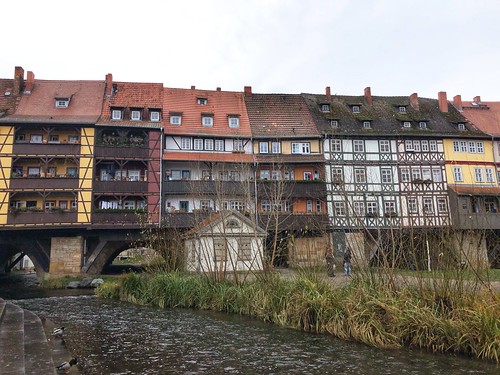 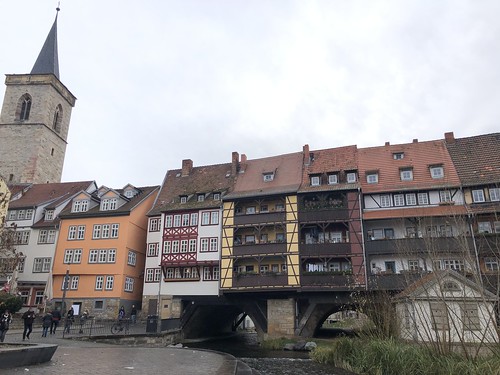 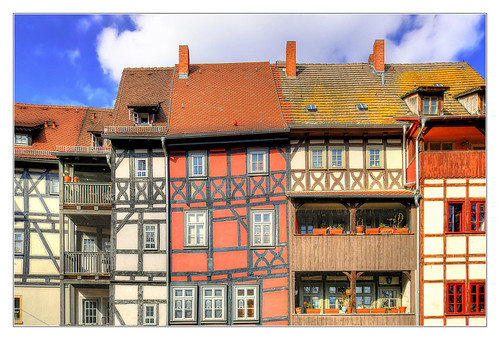 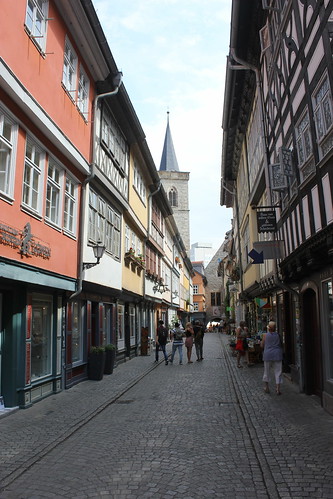 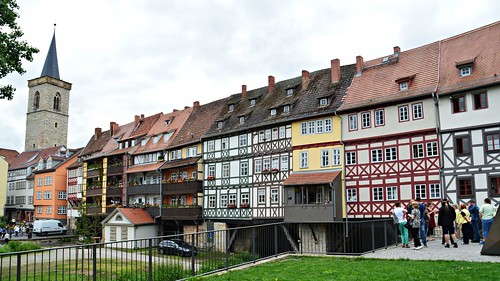 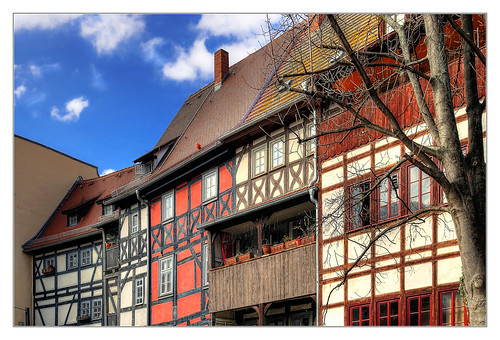 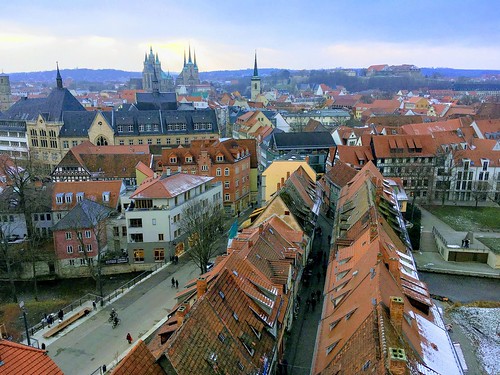 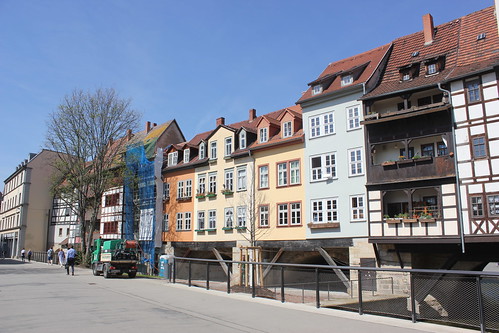 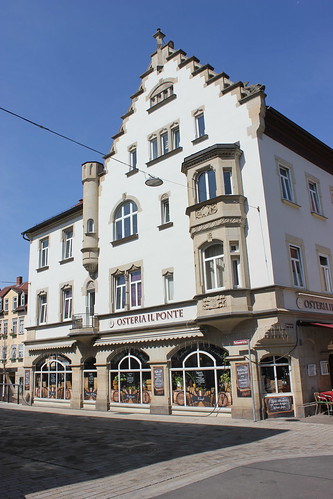 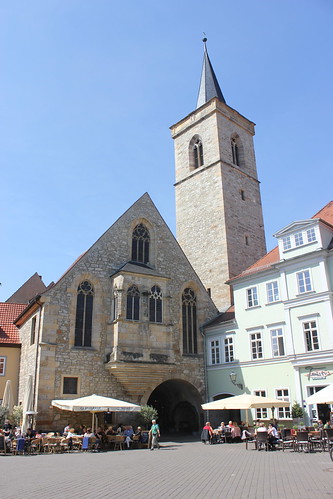 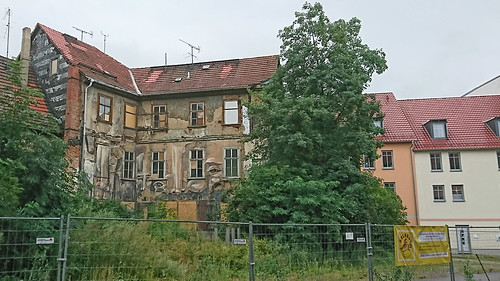 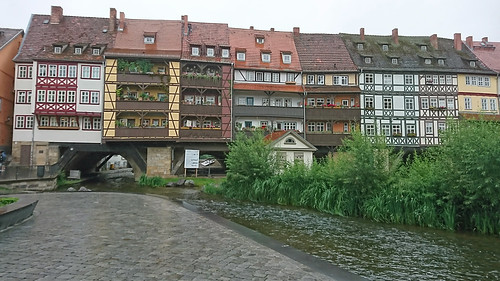 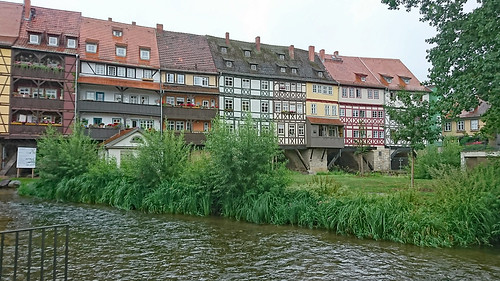 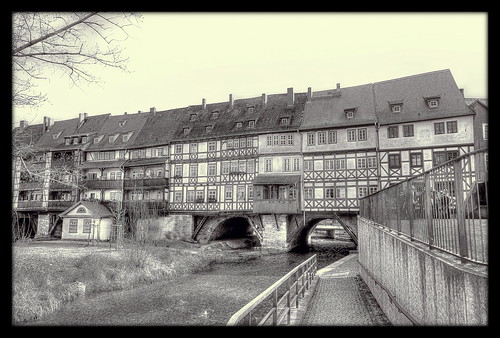 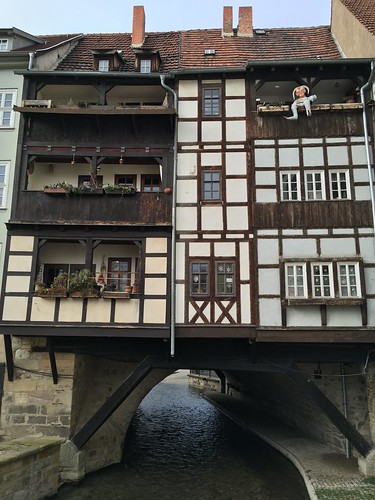 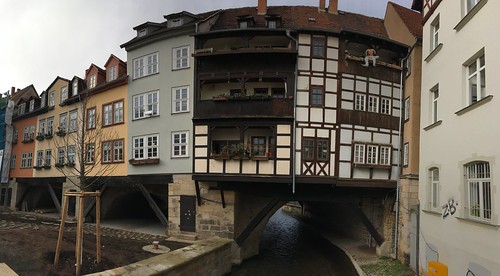 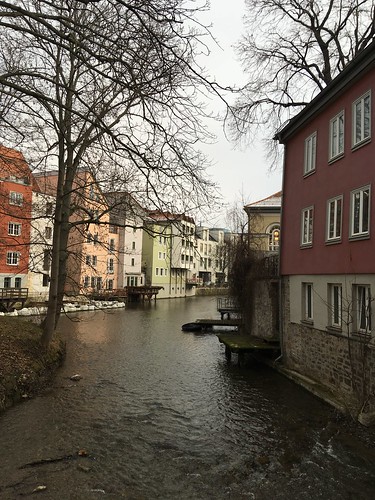 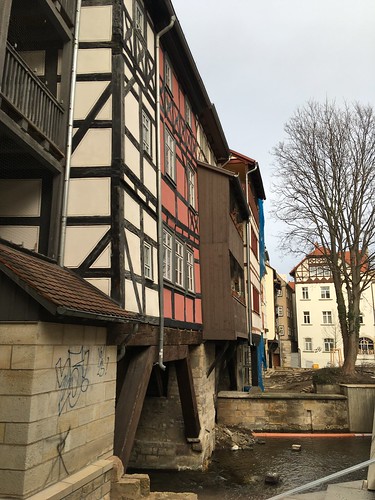 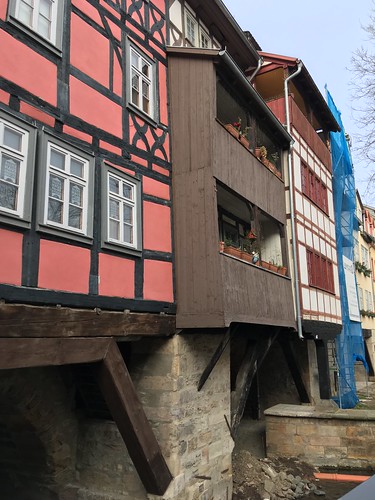 Originally constructed as early as the 12th century, the German Krämerbrücke (Merchant’s Bridge)  is flanked on either side by tall buildings that are still inhabited today making it the longest inhabited bridge in the world.

When the bridge crossing the Breitstrom, a portion of the Gera River, was first built it was a wooden construction that was prone to catching fire and burning down. However by late in the 13th century, the repeated fires had sent a message to the local builders and it was replaced with a stone bridge ended by large stone churches at either terminus of the span. By the 15th century the vaulted bridge was one of the only constructions to survive another fire, this time one that destroyed much of the surrounding city of Erfurt. After this, the current buildings were built atop either side of the narrow bridge. All told, 62 narrow houses were built atop the bridge, each carrying about three storeys.