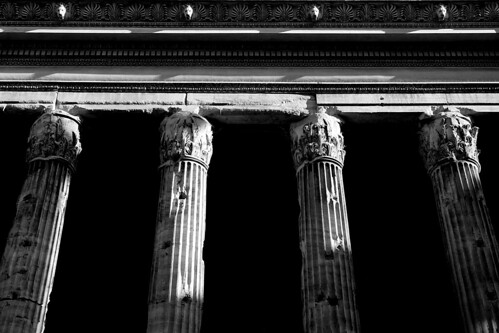 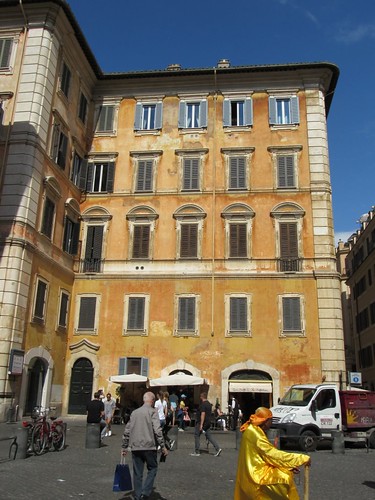 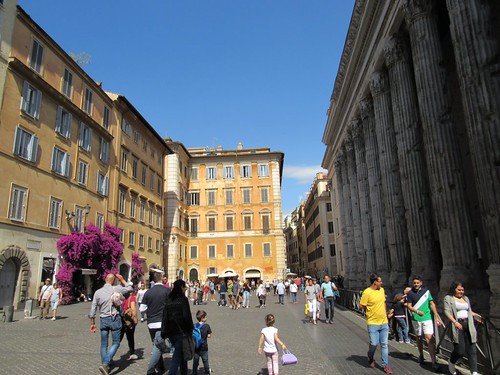 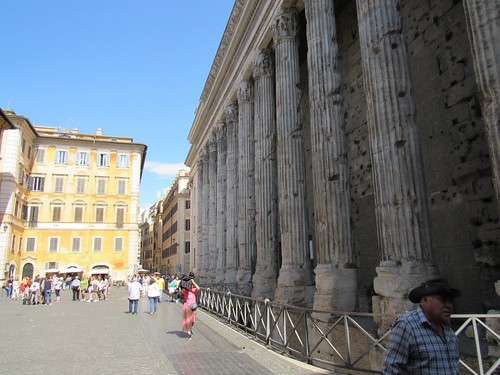 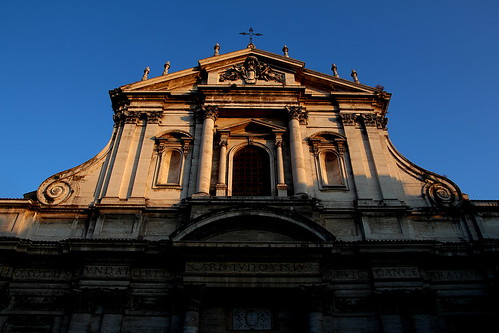 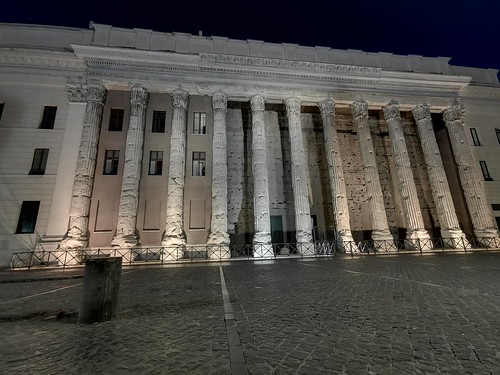 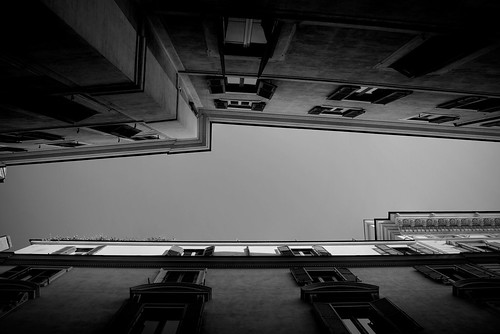 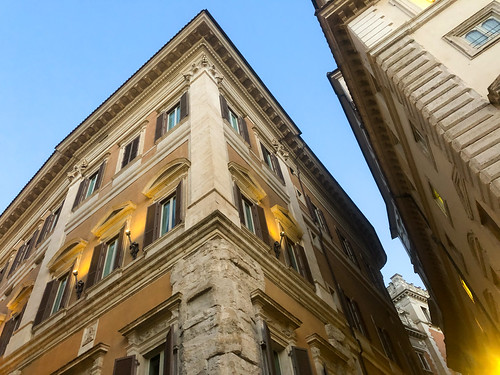 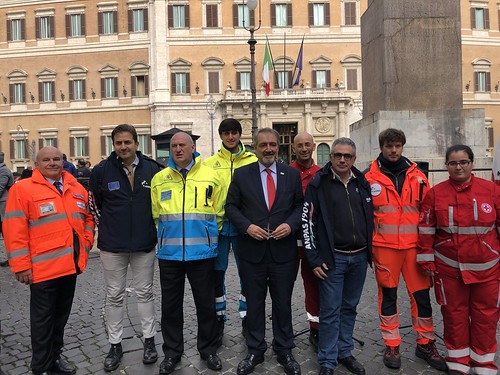 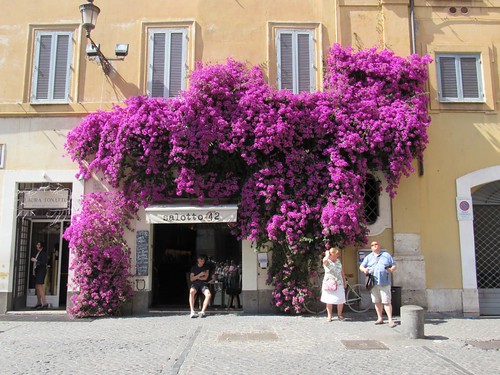 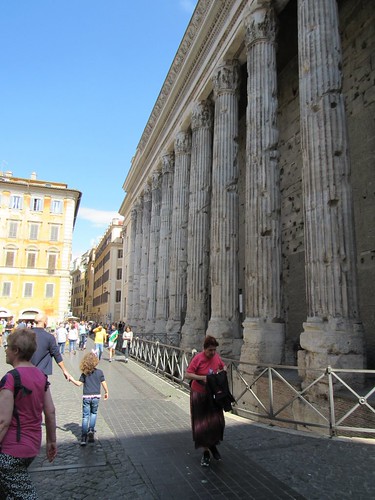 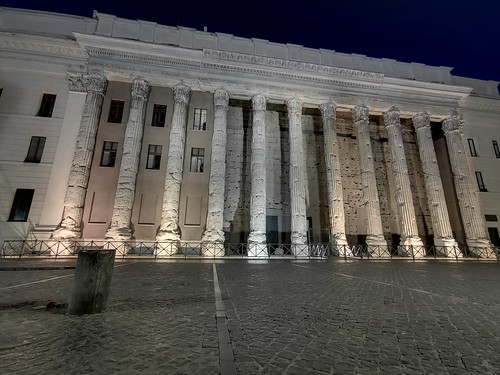 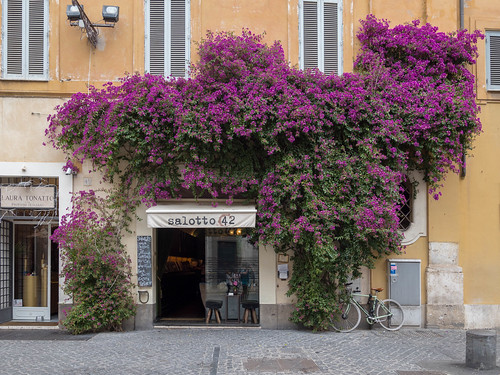 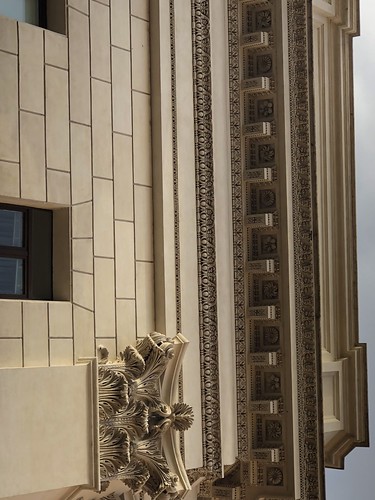 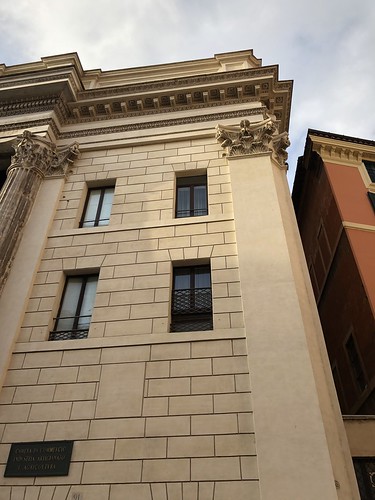 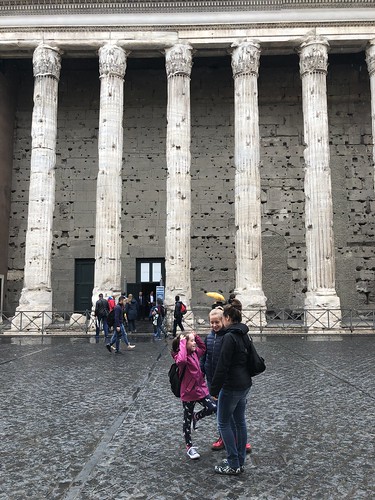 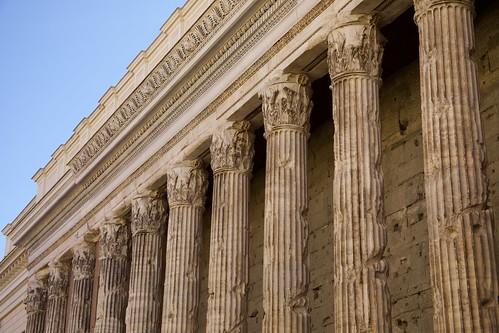 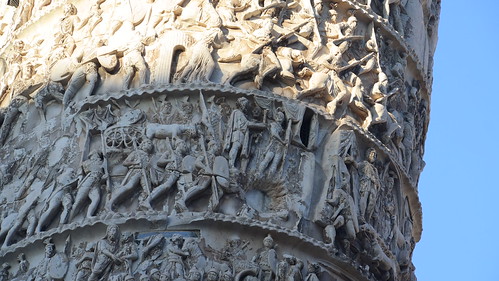 Roman Emperor Hadrian was deified after his death by his successor Antoninus Pius, who dedicated a large temple to his predecessor in 145. The temple was located within the Campus Martius, a central area in ancient Rome. It was filled with monuments and religious buildings that were mostly destroyed over the centuries.

Like many of the other ancient buildings in the area, during the 17th-century the temple was mostly in ruins. In 1695 it was incorporated into a papal palace. The facade of the temple was retained including 11 Corinthian columns that comprised the original external colonnade. In 1831, the building became the home of the Rome Stock Exchange and is now occupied by the local chamber of commerce. Some parts of the cella are still visible inside the modern building.