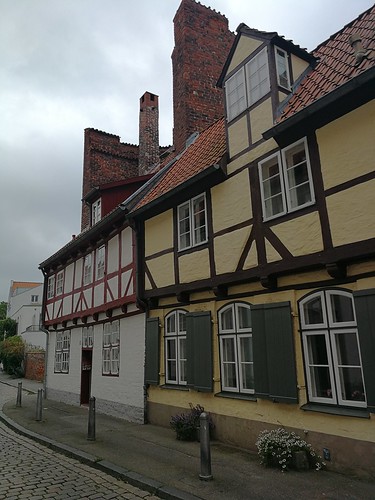 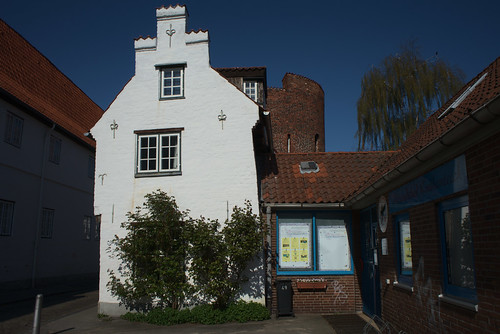 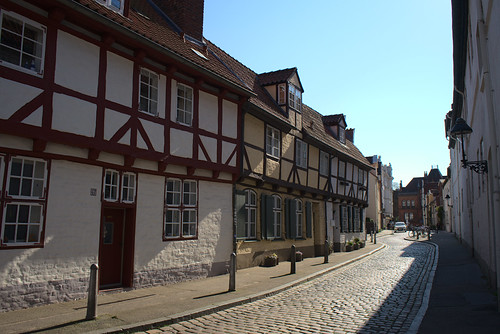 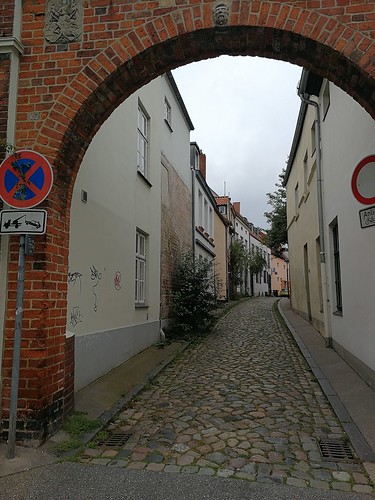 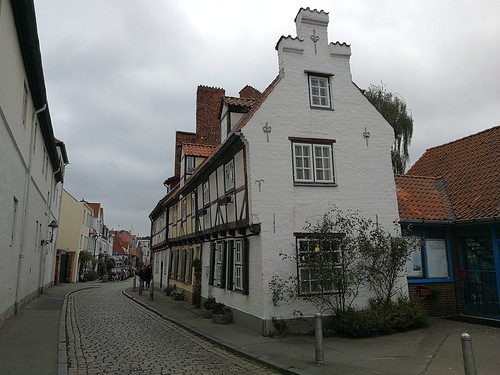 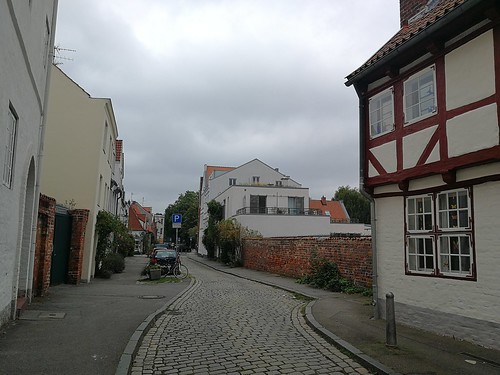 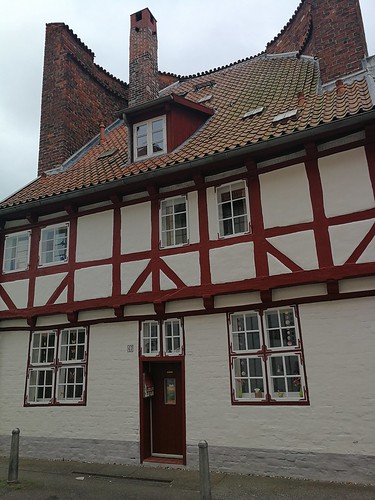 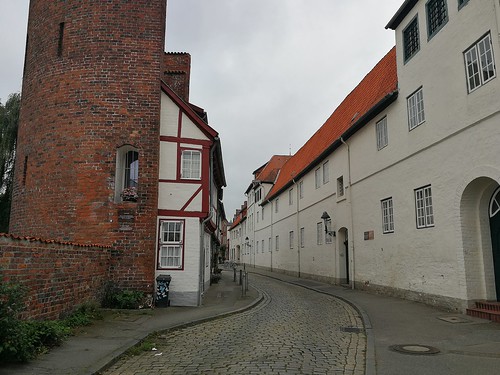 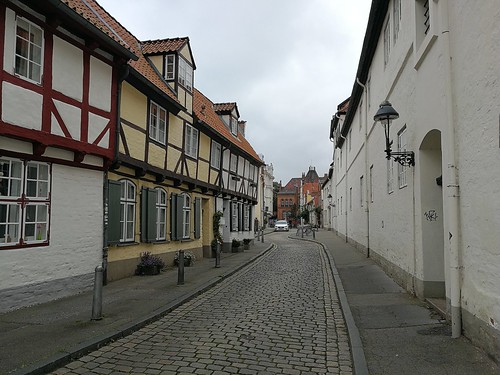 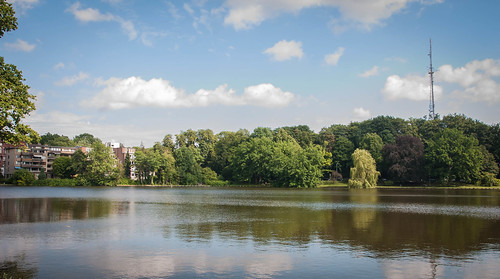 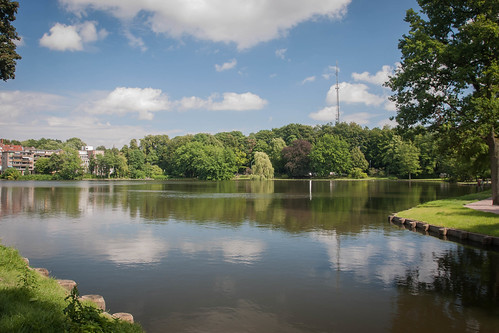 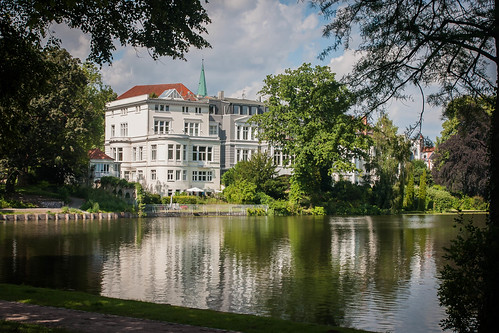 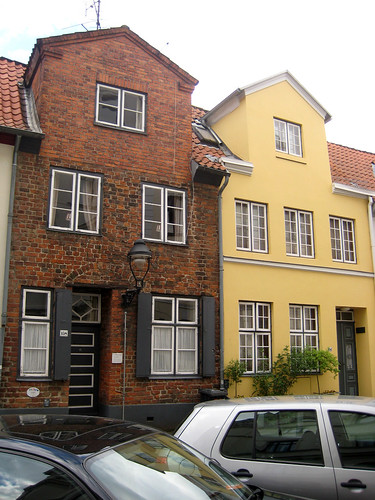 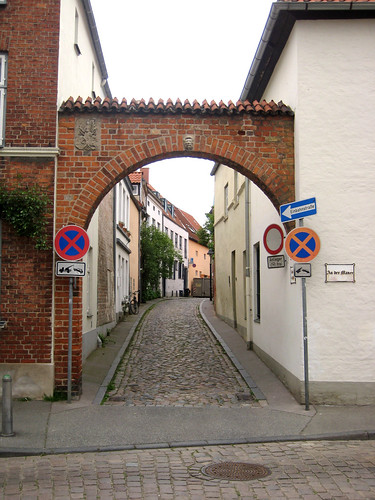 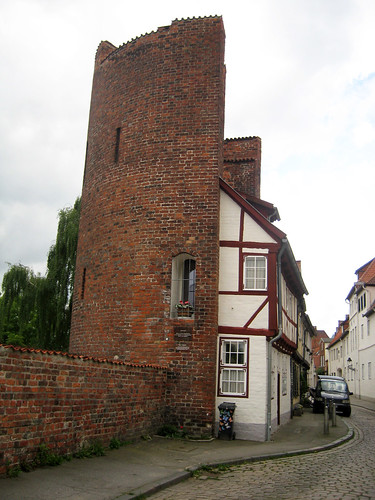 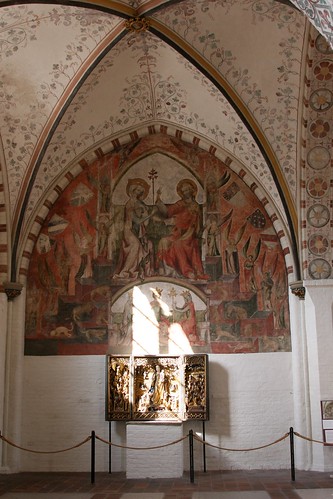 Lübeck, Germany, is known for its medieval and brick Gothic architecture. Bits of the city’s medieval heritage are still scattered throughout the city. Even remnants of its former 13th-century wall still remain intact after centuries of neglect and even a major demolition effort.

In 1672, a clever architect took advantage of one particular slice of the derelict, unused fortification and built a half-timbered house within one of its hollow towers. The wall curves around the back of the house, grasping it in a brick embrace. The combination of the house and medieval tower make an usual, but oddly coherent, whole. Though the red and white house is tilted at a wonky angle, it’s still standing today.