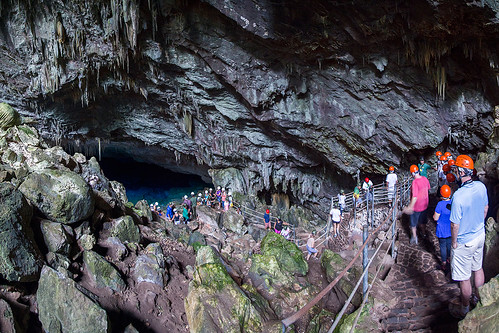 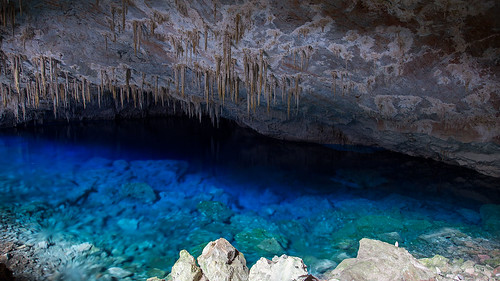 It is possible that no human had set foot in this cave until its discovery in 1924 by one of the local Terena Indians who, as far as it is known, had not been aware of the beautiful cave’s existence. The cave is a part of one of the largest flooded cavities on the planet.

Called the Gruta Do Lago Azul, or the Blue Lake Grotto, the large cave is filled with a pool of astonishingly clear blue water. Thought to be over 200 feet deep, the water turns a particularly beautiful blue when sunlight shines through a hole in the ceiling of the cave, and makes the water shimmer in the light. It is believed that the lake is fed by an underground river yet to be located.