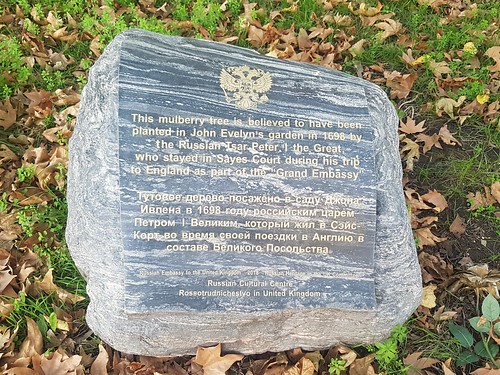 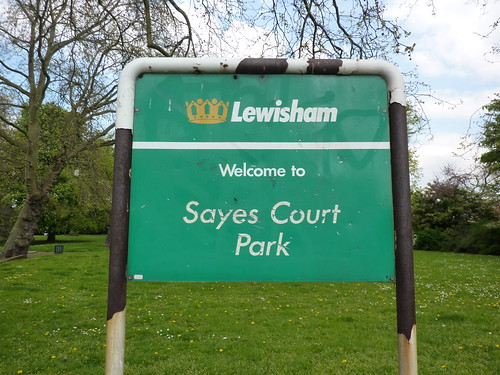 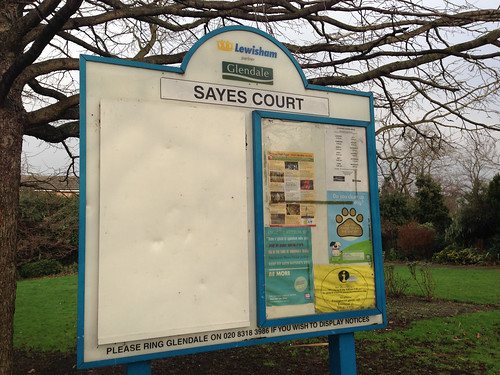 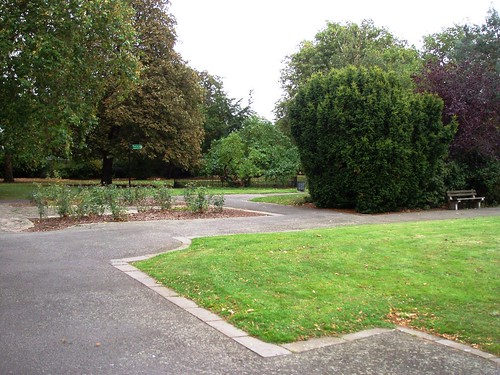 Laid out by the writer and gardener John Evelyn, Sayes Court Garden in Deptford was among the most renowned botanical collections of 17th-century England. Now mostly vanished under more modern construction, the largest remaining green space in the area is Sayes Court Park, an unremarkable example of 1950s landscaping apart from one feature that has supposedly survived since Evelyn’s time.

In the middle of the park, fenced off and with wooden supports holding up its aging limbs, sits a mulberry bush that is reckoned to be over 300 years old. How it got there is not entirely clear and there are many varying accounts. In 2018, a stone was placed at the base of the tree to present the most popular—and probably most apocryphal—of all the stories.