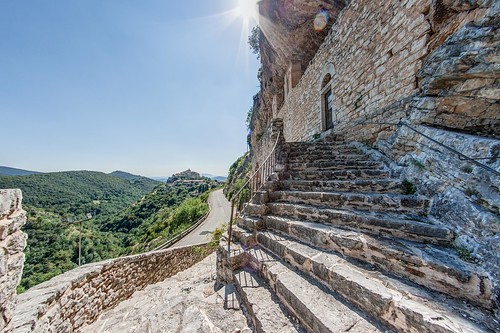 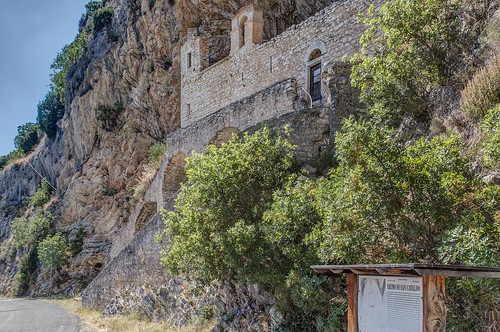 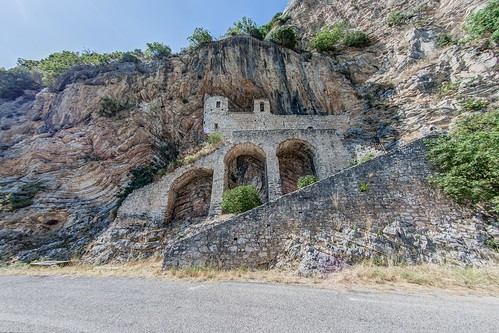 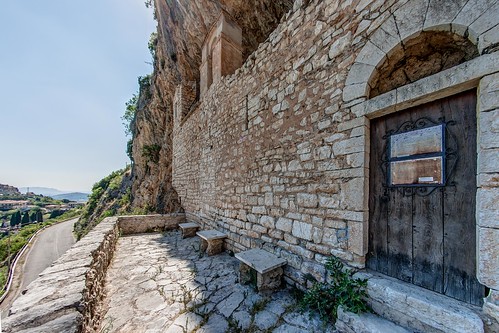 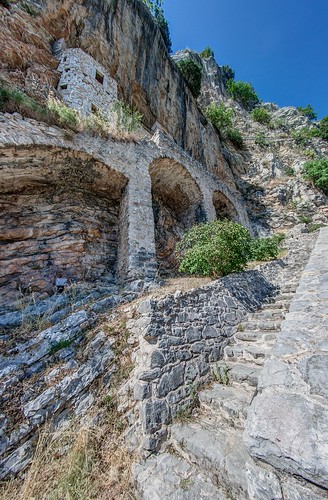 The Eremo di San Cataldo (Hermitage of Saint Cataldus) is built into a steep cliff by the road connecting Contigliano to Cottanello in the region of Sabina, northeast of Rome.

Its origins are unclear, and some historians believe that it could date back as far as the 10th century, a time when the nearby Abbey of Farfa controlled the region. However, it is first mentioned in the 16th century, along with the attribution to Saint Cataldus, seventh-century Bishop of Rochau and patron saint of the southern city of Taranto. The reason for this connection is obscure, and many theories have been discussed as to why this saint was chosen.