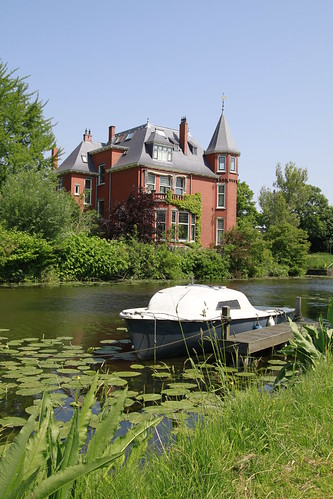 Albert Einstein is perhaps the world’s most recognizable scientist, mostly being associated with his work in Germany and the United States. However, from about 1920 to 1946 he was an honorary professor at Leiden University, meaning he would visit a few times a year to give guest lectures.

Since he spent a good deal of time in the city, there are many Einstein related places in Leiden, such as his sink and autograph. Most impressive of all perhaps is the house in which he stayed, the so-called Ehrenfest House.