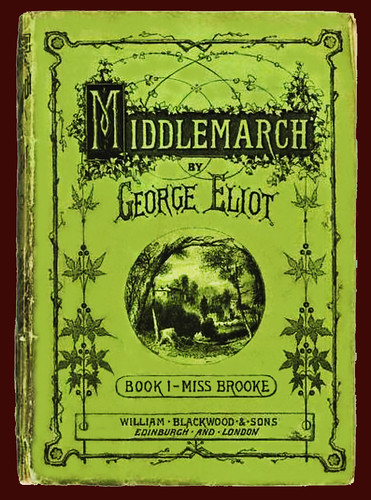 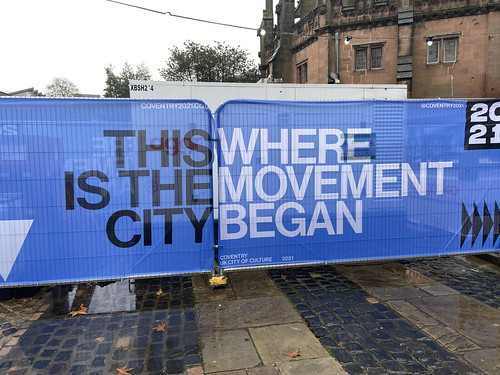 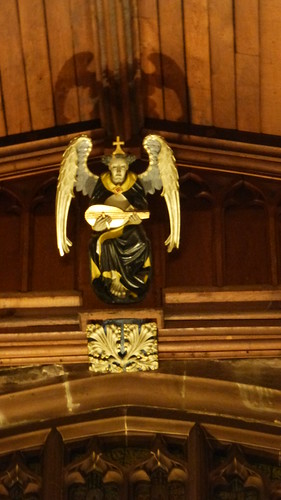 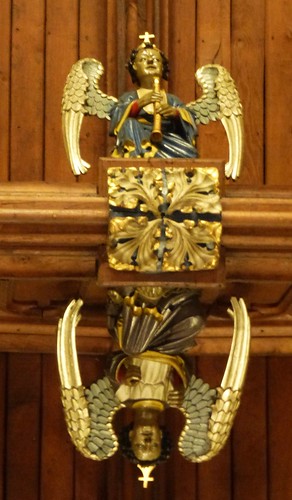 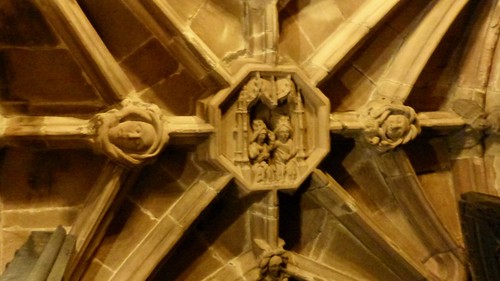 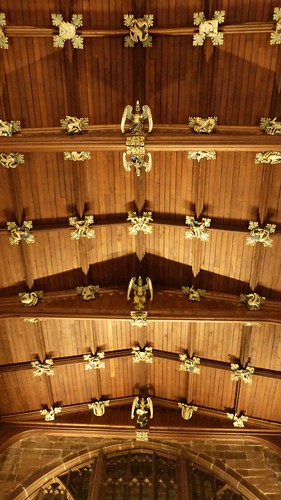 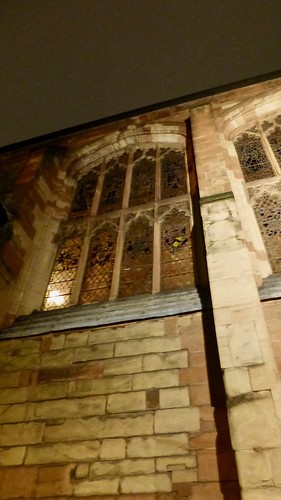 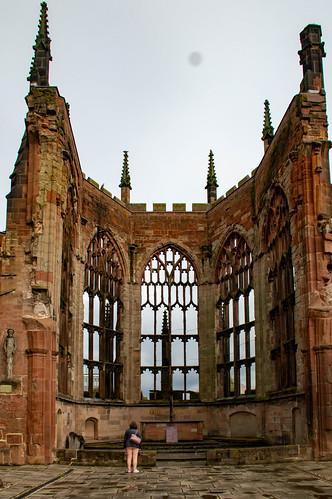 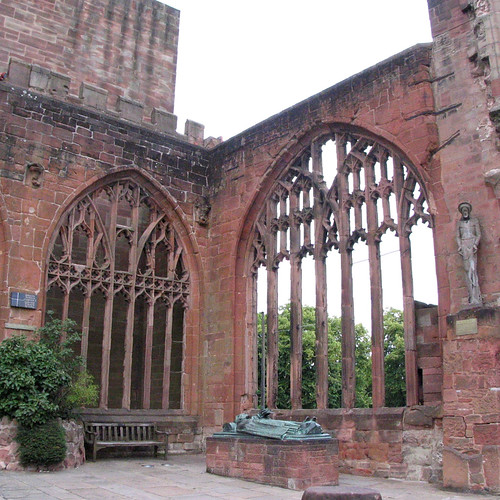 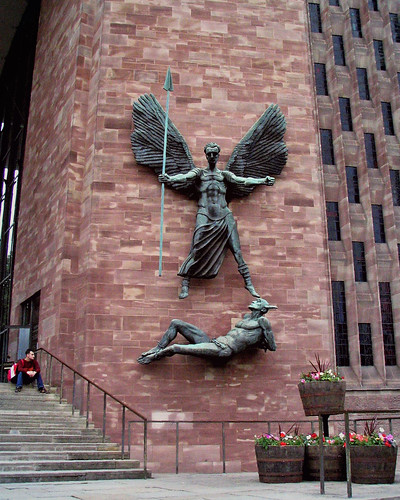 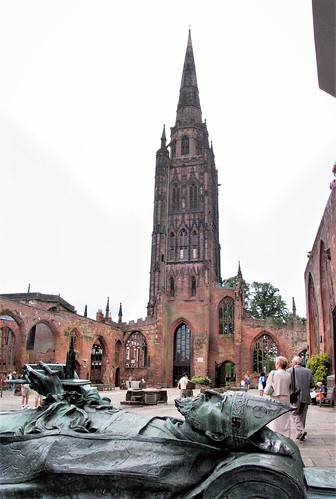 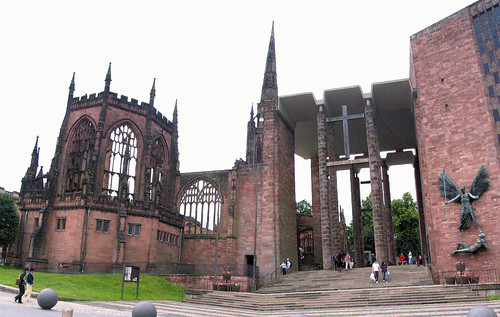 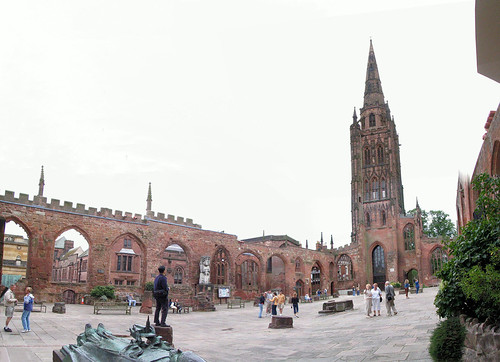 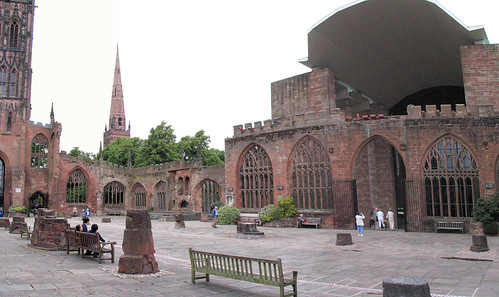 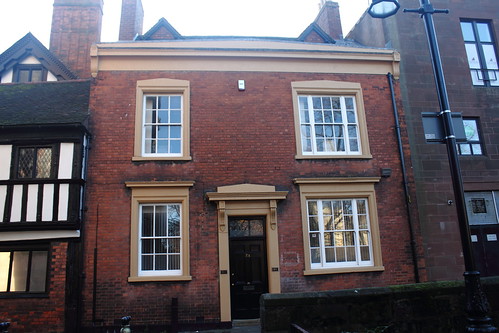 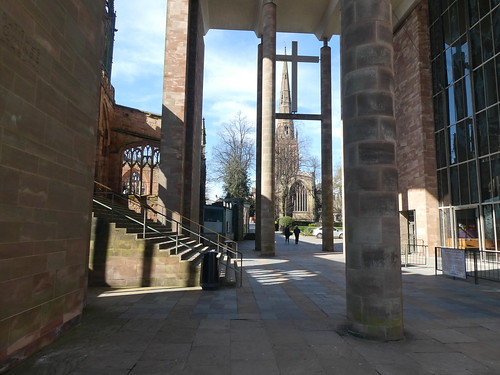 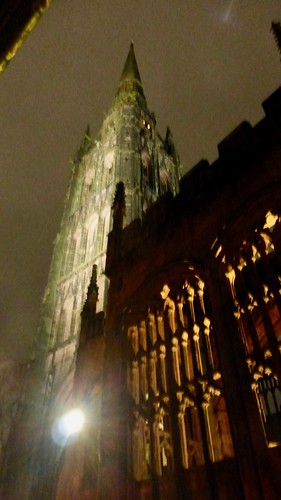 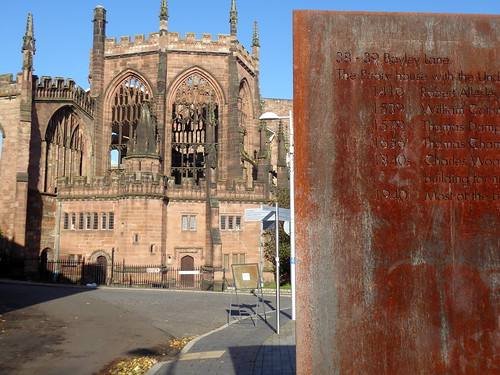 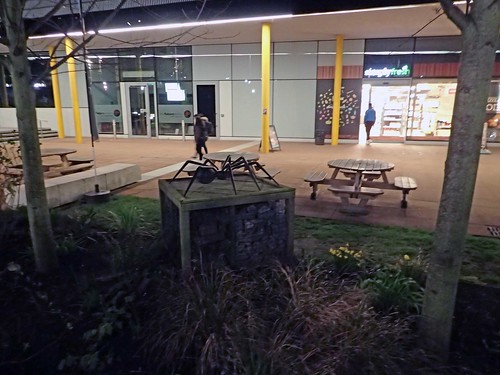 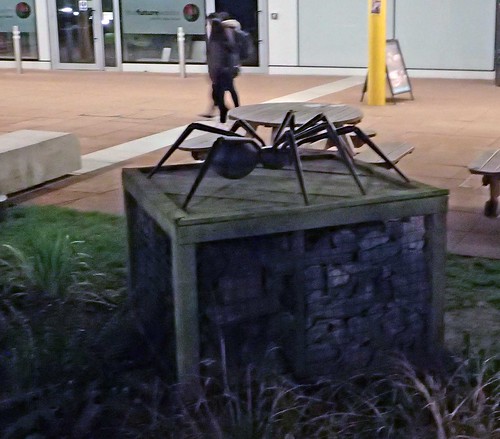 The original St Michael’s Cathedral in Coventry was built between the late 14th century and early 15th century. It now stands ruined, bombed almost to destruction during the massive attack on the city by German bombers on the night of November 14th, 1940.

The tower, spire, and outer wall of the church survived the bombing, but the rest of this historic building was destroyed. After the war, the cathedral was not rebuilt on site but left in ruins as a testament to the futility of war. The surviving spire of St Michael’s is 245 feet high and is the tallest structure in the city. It is also the third-tallest cathedral spire in England (next to the cathedrals in Salisbury and Norwich).