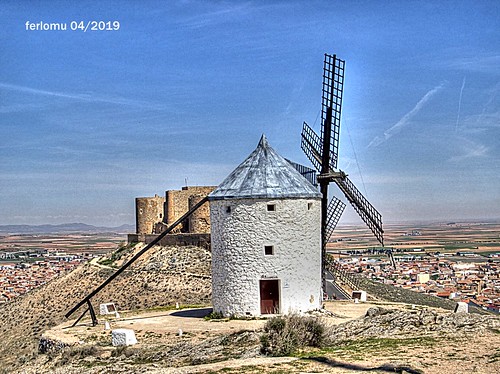 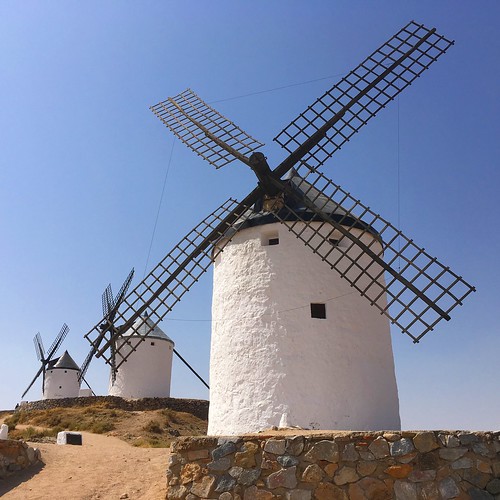 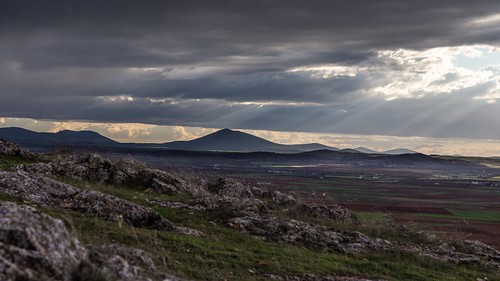 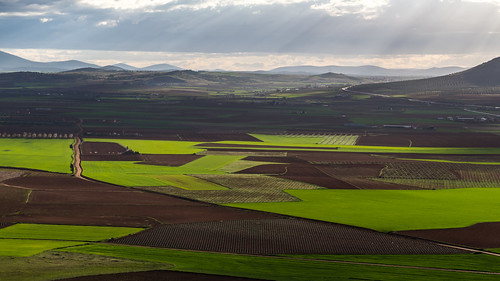 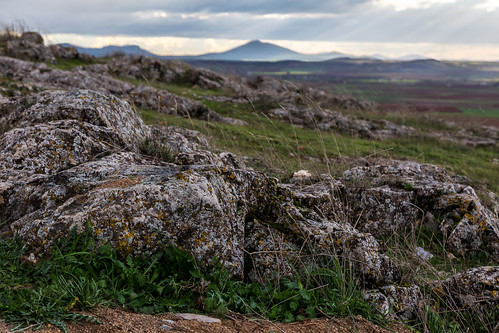 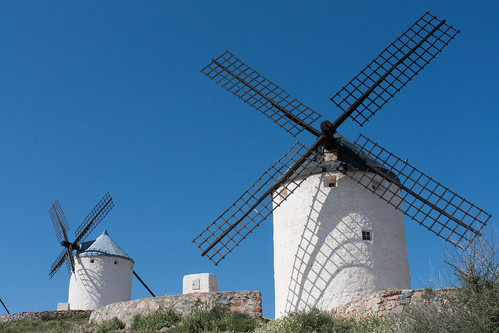 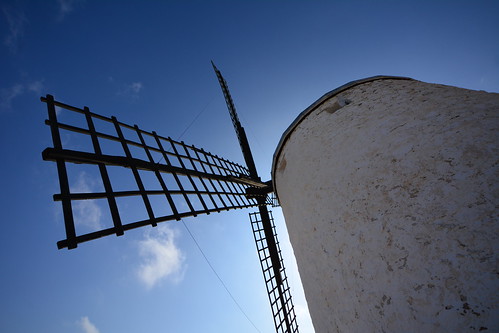 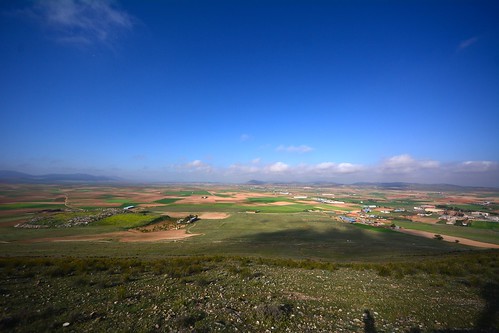 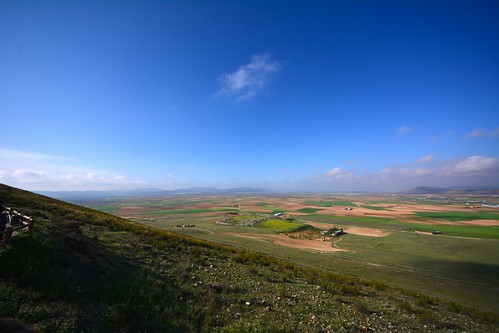 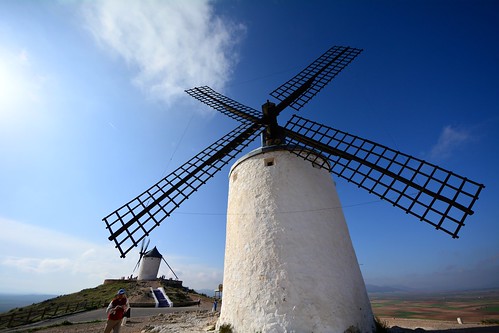 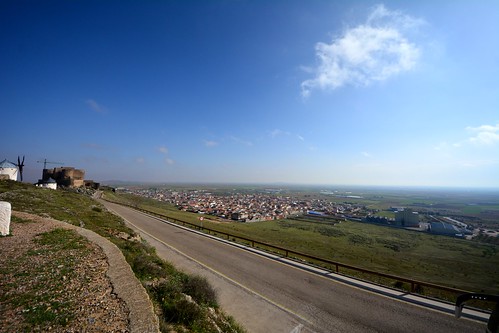 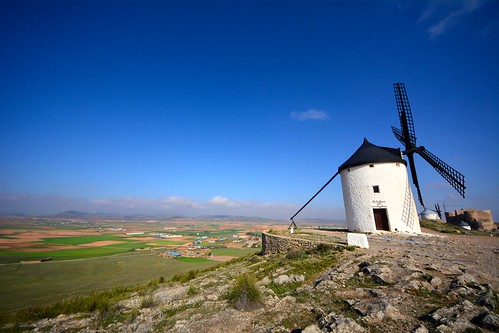 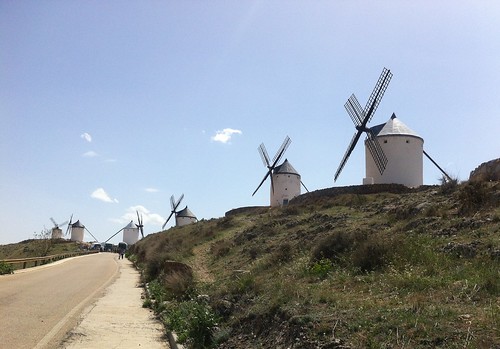 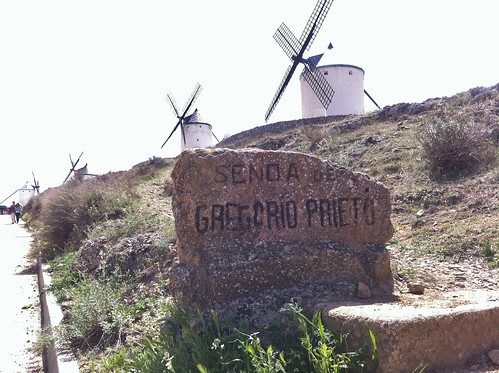 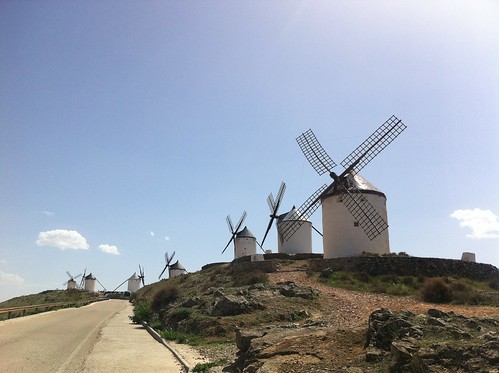 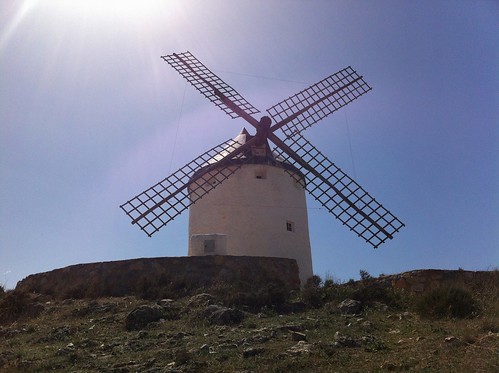 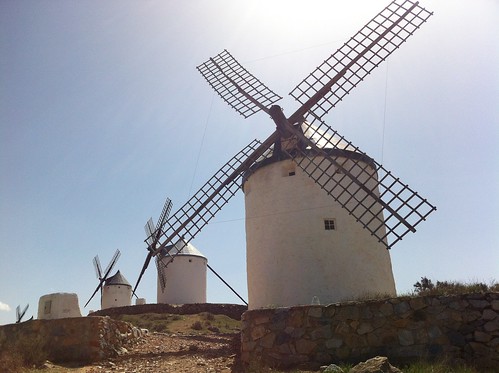 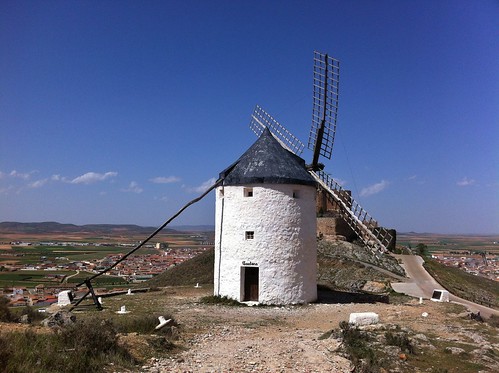 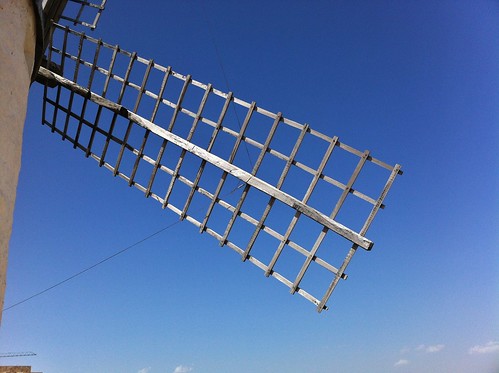 On the top of the Cerro Calderico mountain in the quaint historic town of Consuegra, 12 white tower windmills crown the hill, surrounded by the sprawling plains of Castilla-La Mancha and backdropped by a striking medieval castle. These iconic towers are believed to be the windmills described by Miguel de Cervantes in his famous 17th-century novel Don Quixote.

Each of the Consuegra windmills has a unique name taken from the novel, in which Don Quixote de la Mancha mistakes the towers for giants and picks a fight with them in a particularly memorable scene that coined the term “tilting at windmills.”