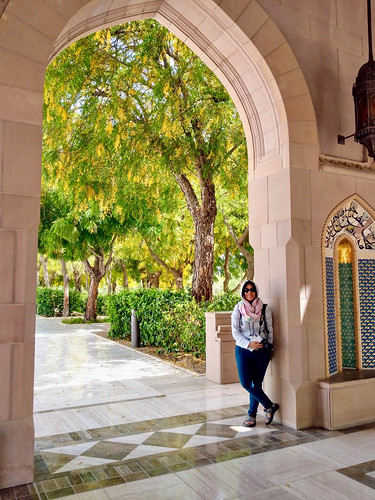 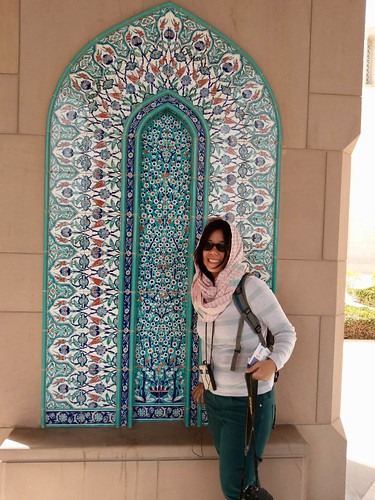 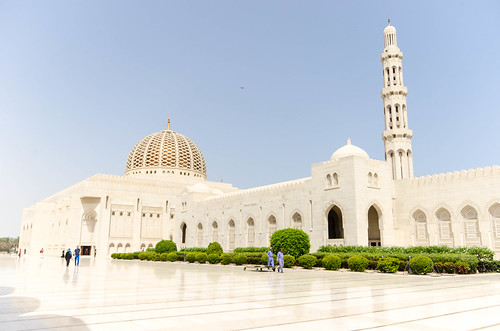 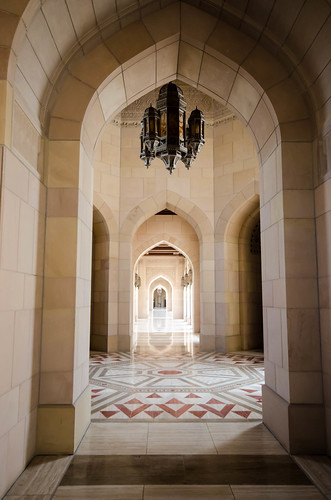 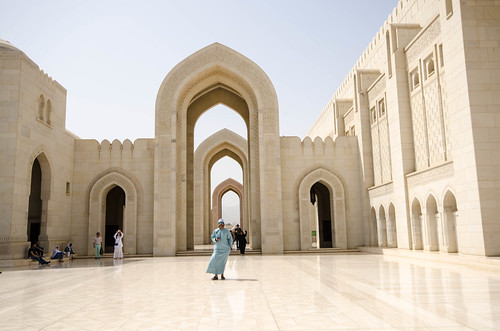 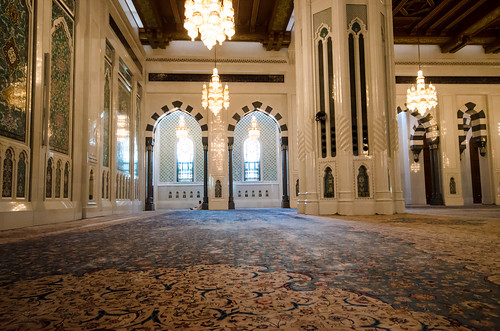 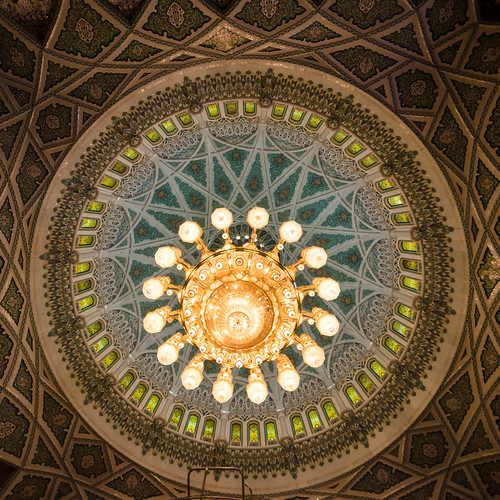 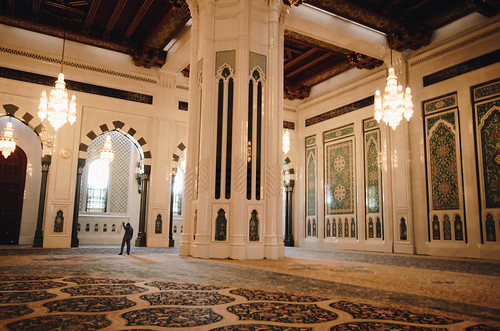 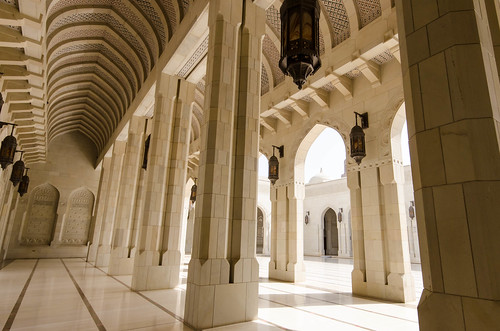 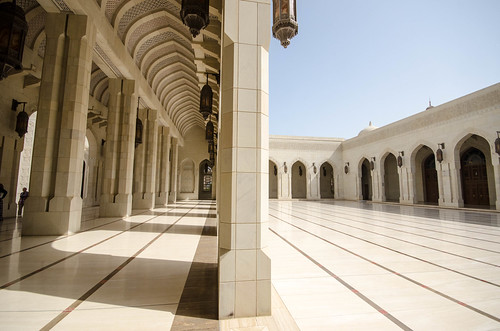 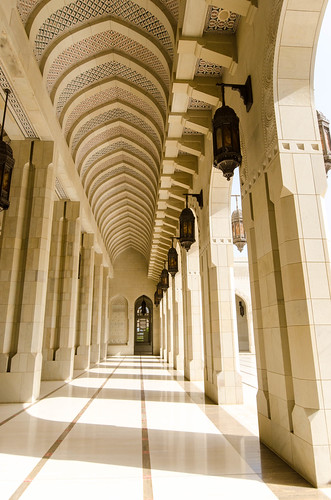 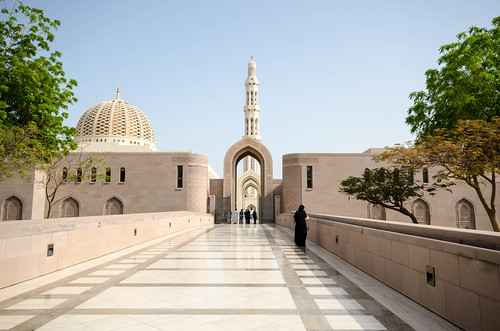 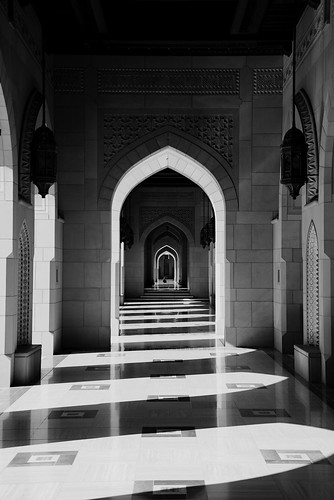 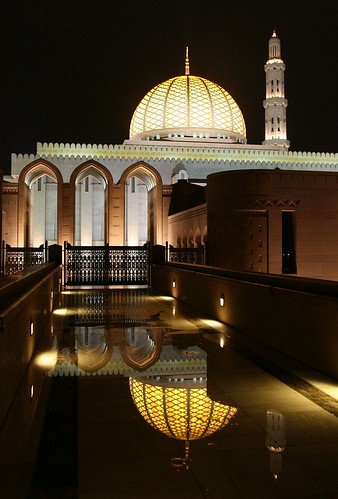 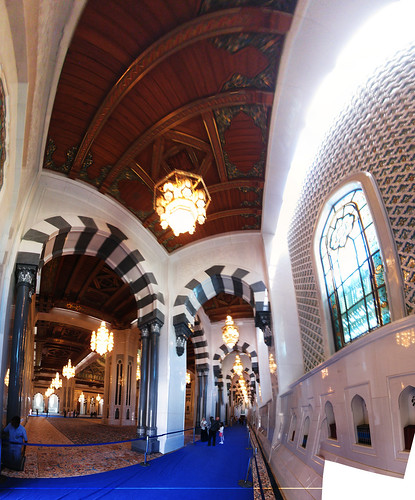 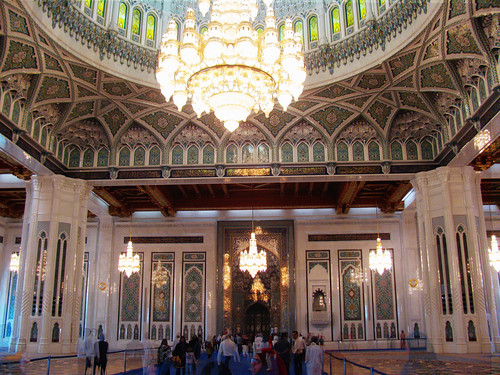 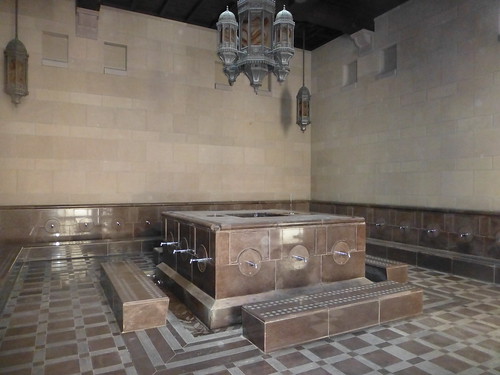 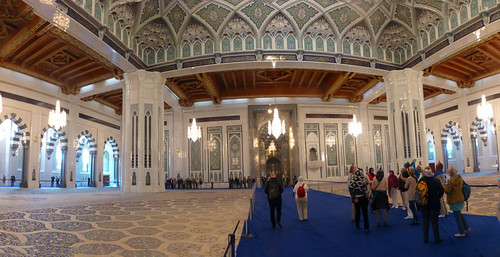 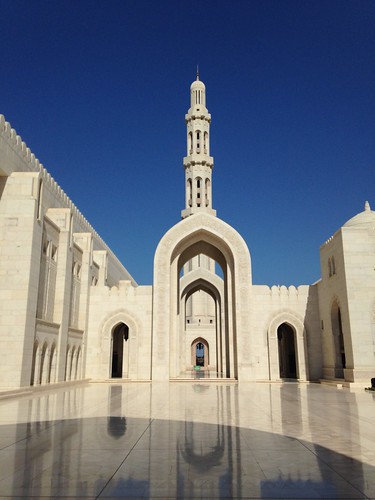 In 1992, Sultan Qaboos decided that Oman was in need of a grand mosque, and a competition was announced to select a design. The chosen plan was so enormous and grandiose, it took several years to build, and was finally inaugurated on May 4, 2001, to celebrate 30 years of the sultan’s reign.

Built of Indian sandstone, the splendid structure is the second-largest mosque in the world, able to accommodate 20,000 worshippers at one time. The central dome rises 160 feet high, and the 4,200-square-foot floor is covered by a single piece of carpet handwoven by hundreds of artisans and colored with traditional vegetable dyes.