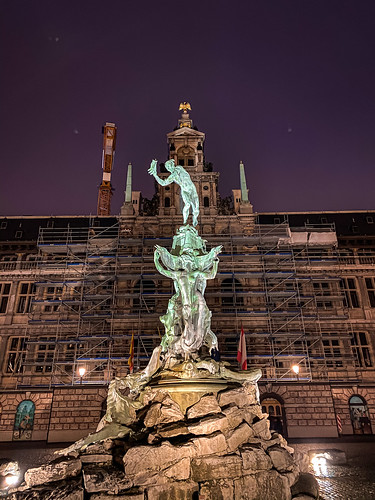 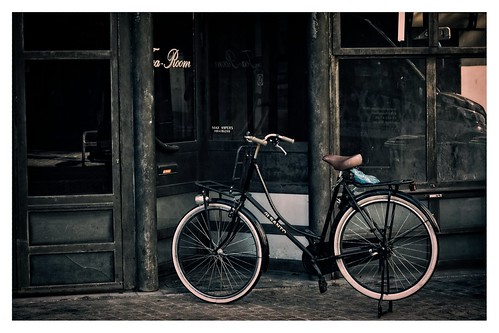 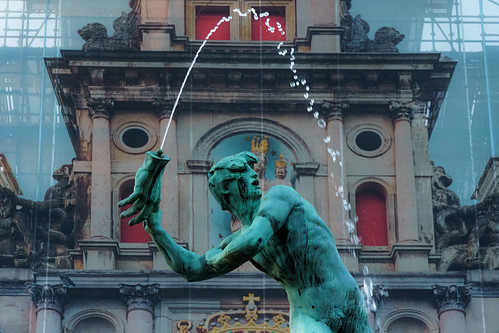 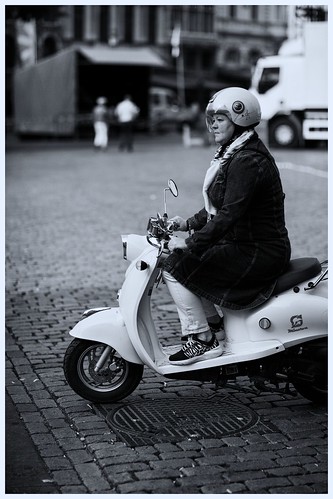 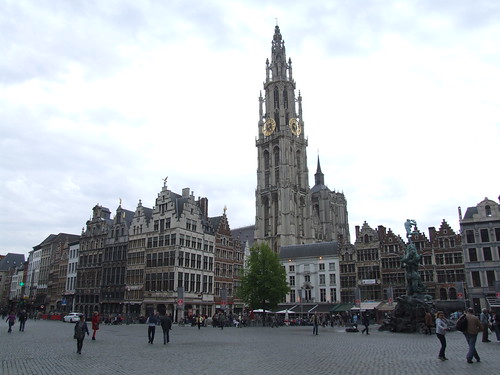 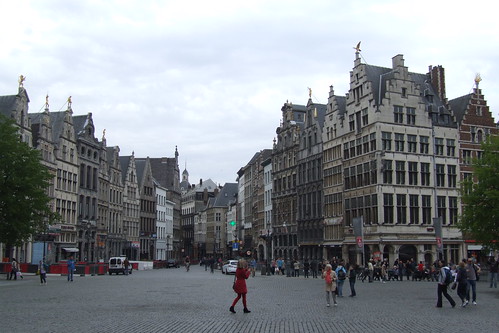 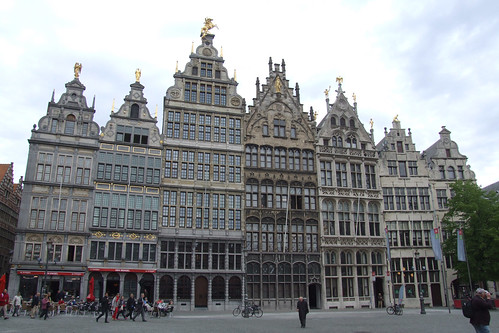 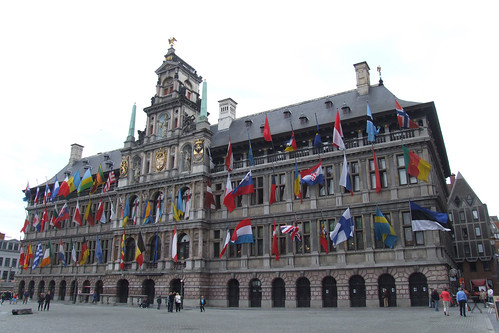 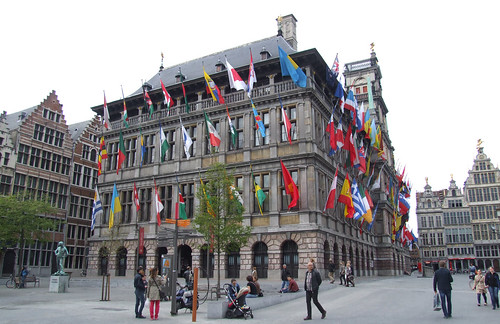 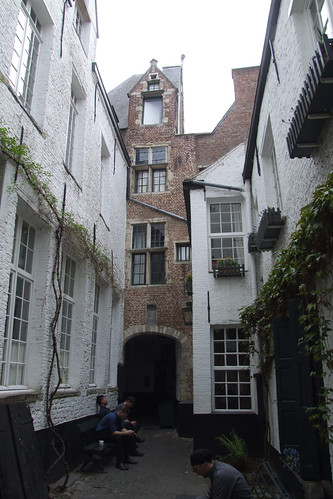 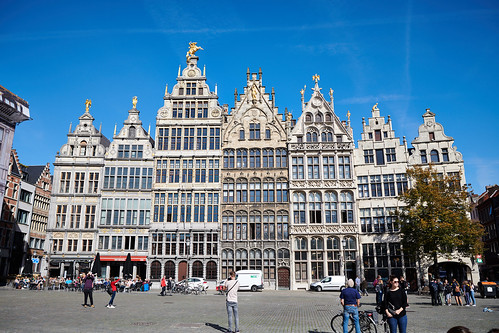 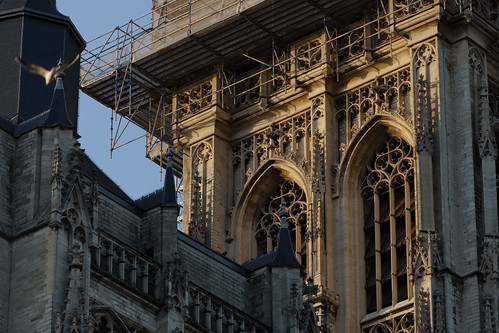 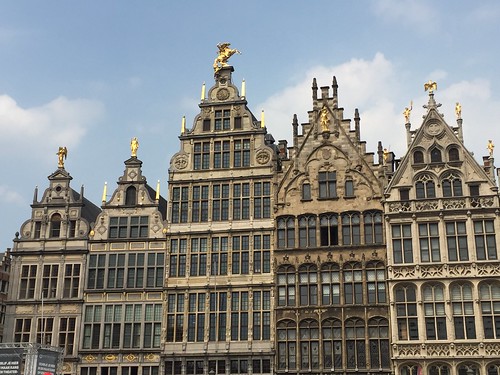 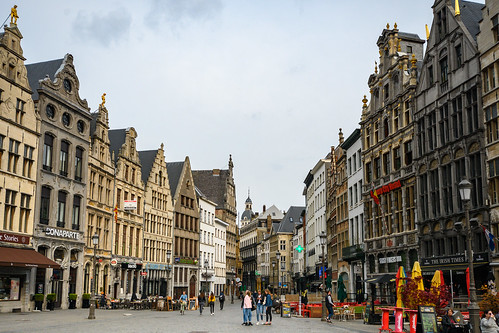 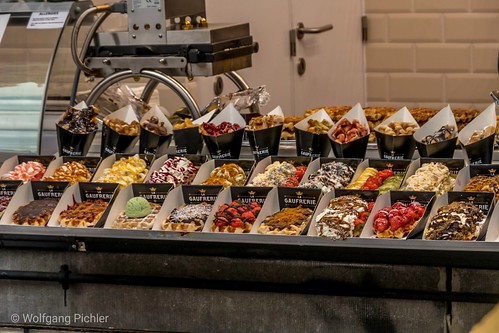 Tourists visiting the pretty Grote Markt of Antwerp are always impressed by the extravagant 16th-century city hall and guildhalls that surround the historic main square. And then they take a closer look at the central fountain, which for those unfamiliar with local legend is quite a peculiar sight: a naked man in the act of throwing a huge severed hand.

The Brabo Fountain (Brabofontein in Dutch) is a tribute to the mythical Roman soldier Silvius Brabo. According to legend, there was once a giant named Druon Antigoon who built a fortress along the Scheldt River. The giant forced passing boats to pay a toll, as well as anyone crossing the nearby bridge. If the travelers refused, Antigoon cut off one of their hands and tossed it into the river.