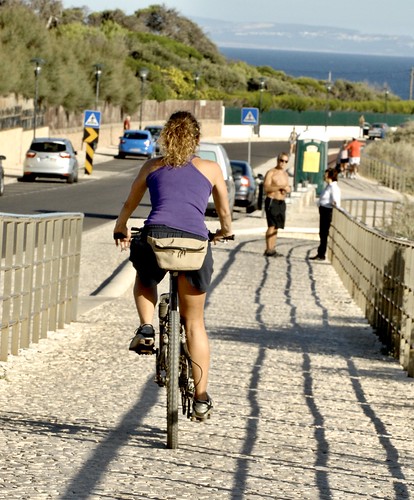 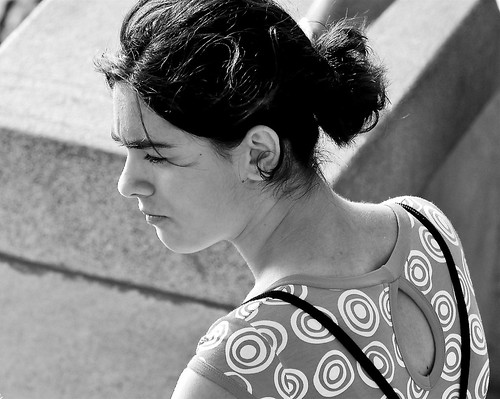 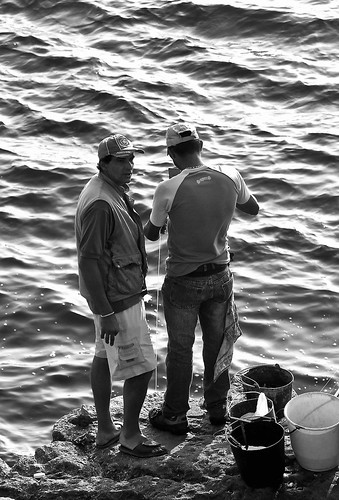 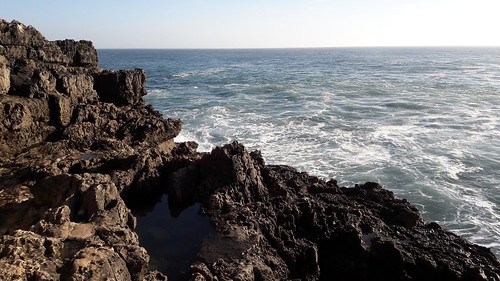 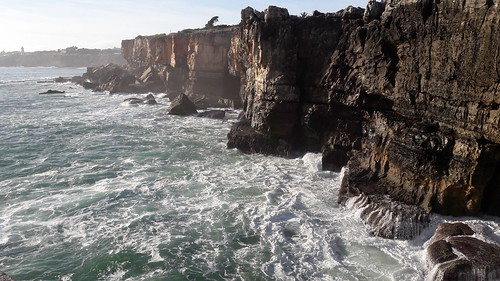 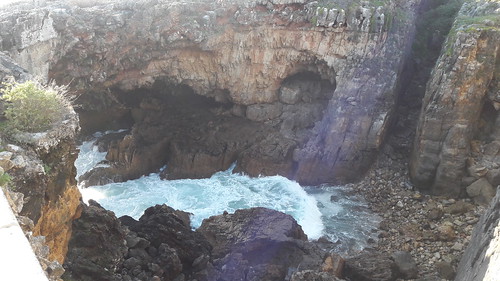 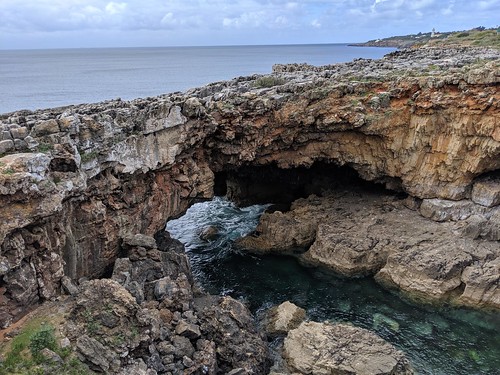 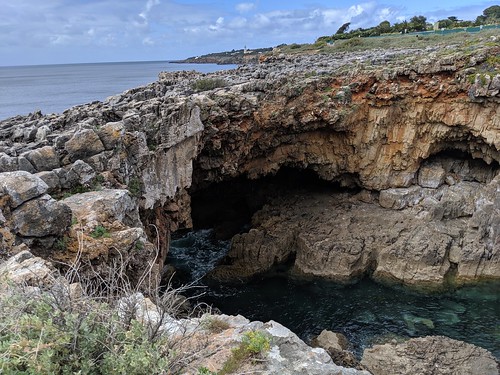 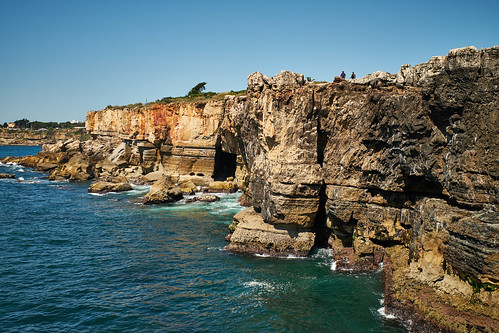 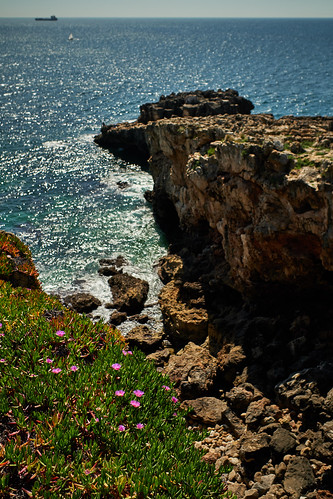 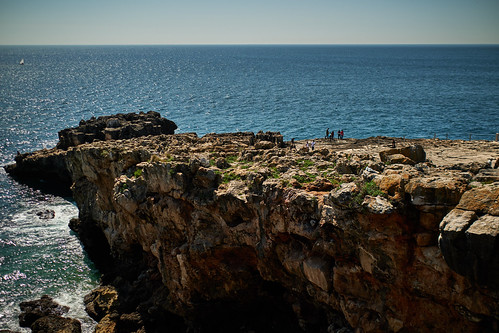 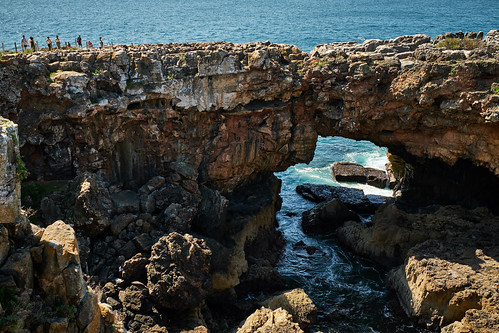 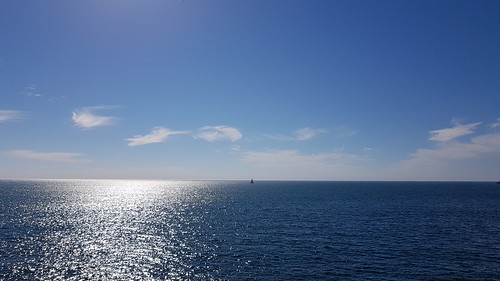 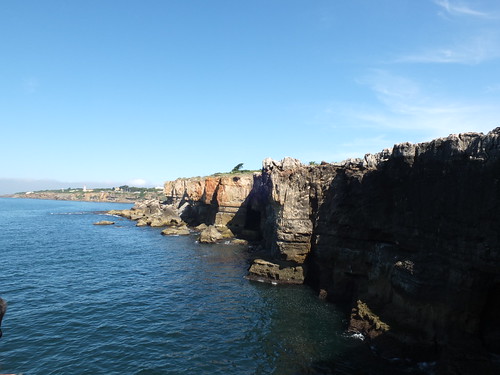 Boca do Inferno (in English: “Mouth of Hell”) is a scenic cliff formation located west of Cascais, Portugal. It gets its name from the rough ocean waves which crash against the cliff face, forcing their way into a cave system, and spraying angrily from an opening above.

The cave has been a tourist attraction for centuries. One of the first “actuality films”, A Sea Cave Near Lisbon (1896), was shot from inside the cave to showcase the majestic waves pouring in.