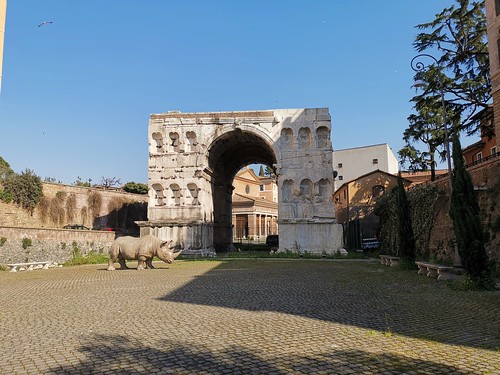 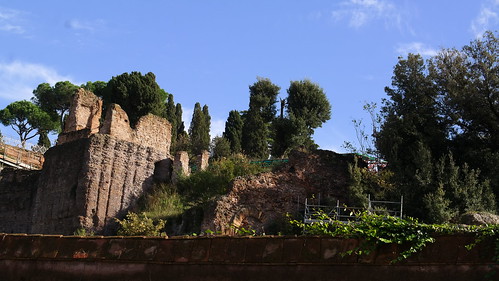 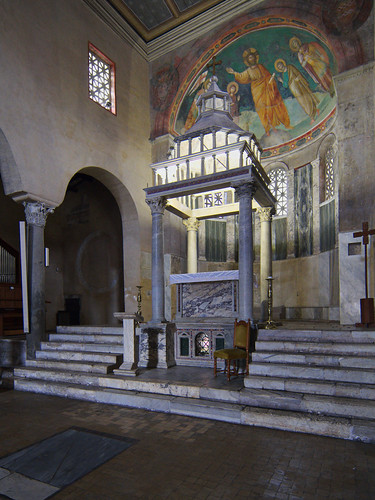 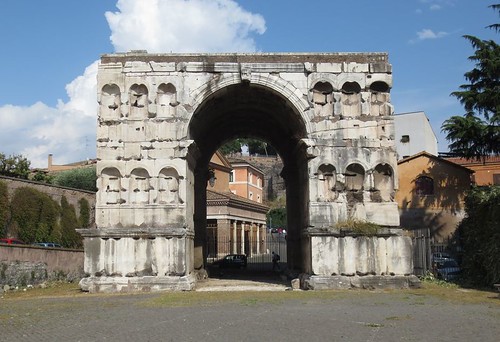 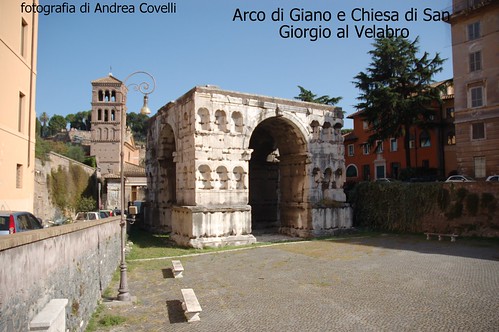 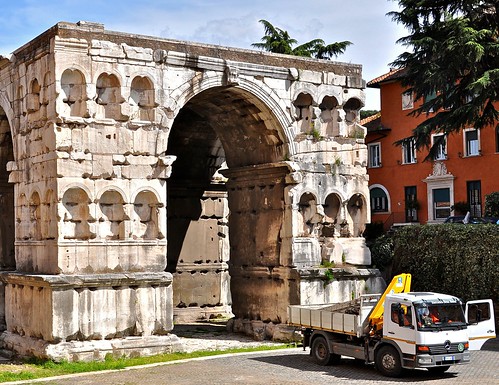 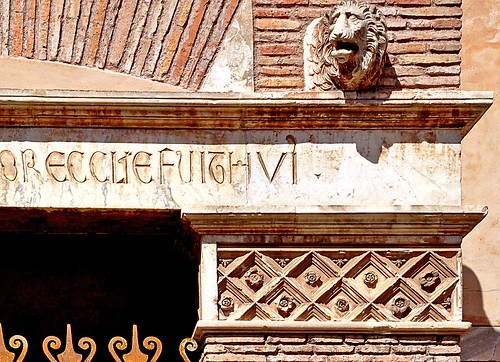 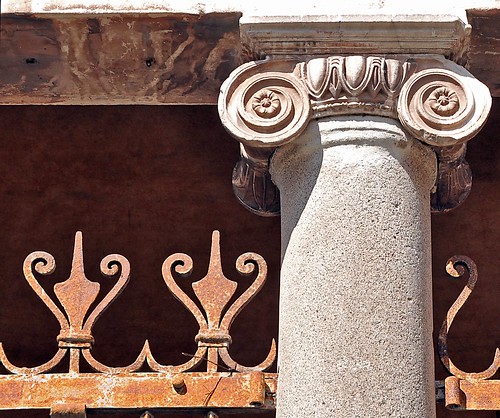 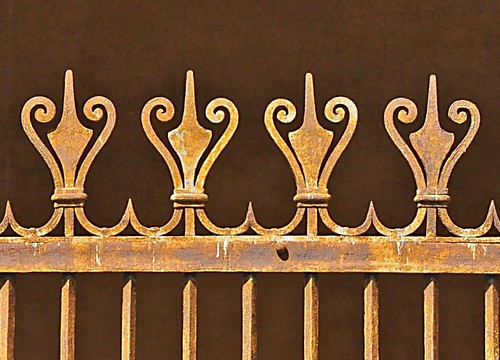 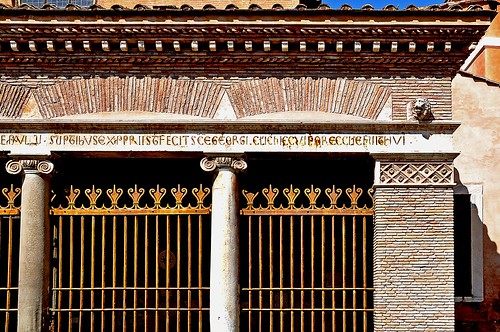 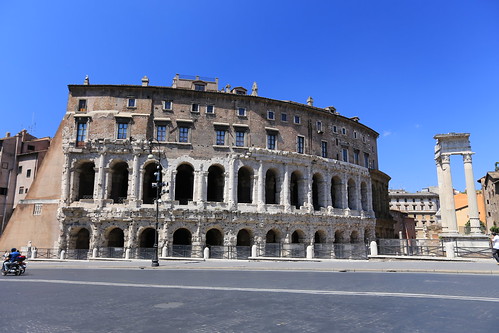 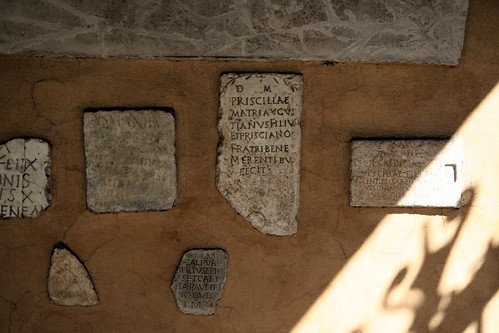 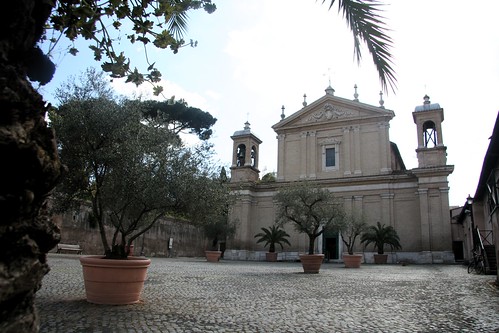 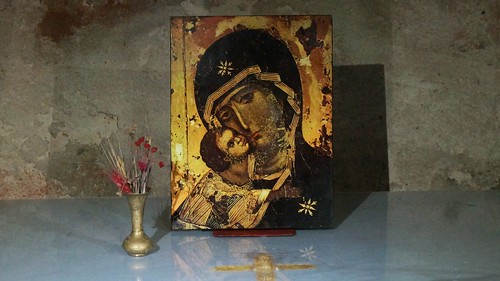 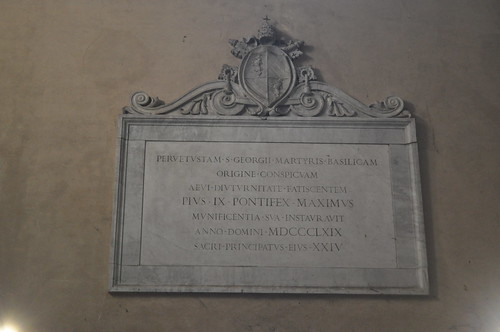 This marble arch, oddly set against the western wall of the seventh-century Church of San Giorgio al Velabro, was commissioned by the argentarii (money-changers) in honor of Emperor Septimius Severus and his family in 204. Its main iconography shows scenes of the imperial family offering ritual sacrifices.

Caracalla, Septimus Severus’s oldest son, is depicted on the arch, along with his brother Geta, his own wife Fulvia Plautilla, and her father Plautianus (Caracalla had Geta killed after Septimus Severus died). The emperor had the depictions of his family vandalized in a sort of damnatio memoriae by which all official images of those condemned for treason would have to be removed from public monuments.