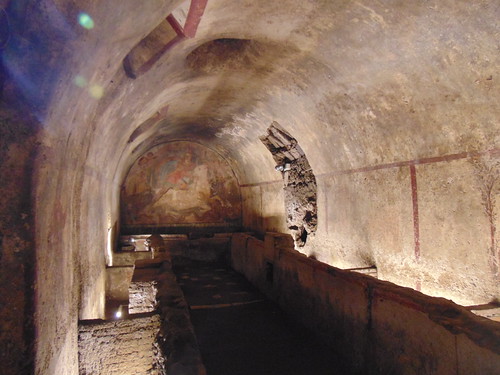 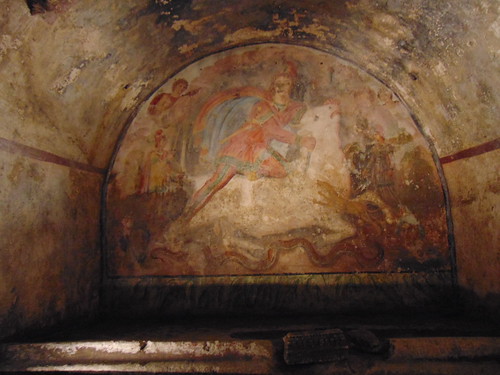 “Mithraic Mysteries” was a widespread religious cult within the Roman Empire that flourished from the first century until its demise at the end of the fourth century. Numbering in the hundreds, Mithraic sanctuaries, known as “mithraeum,” are found from one end of the former empire to the other, from Rome as far away as England.

The mithraea were windowless subterranean caverns, all of which featured a tauroctony, a painting or bas-relief of a figure thought to be the god Mithras (who is dubiously linked with Persian religions) depicted in the act of killing a bull. The scene is typically located in the central niche of the mithraeum, accompanied by other figures, like a dog, scorpion, snake, raven, stars, and the signs of the zodiac.