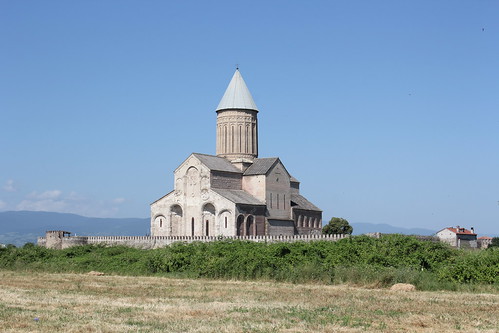 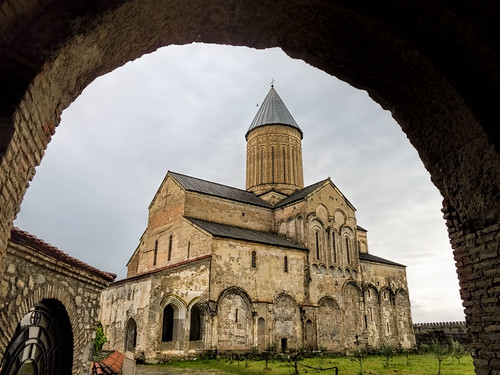 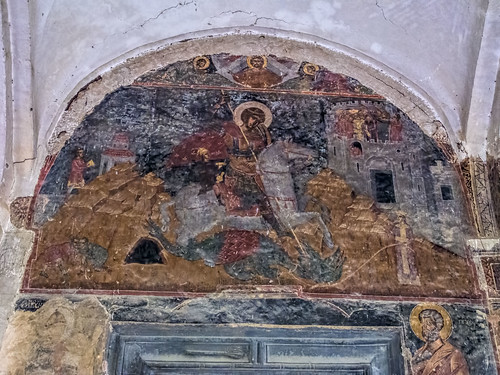 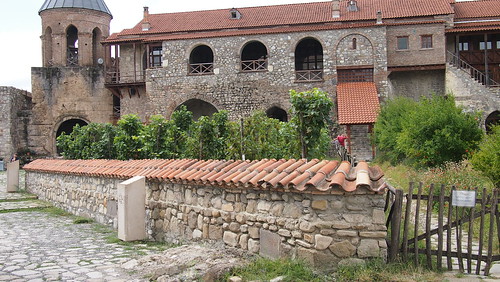 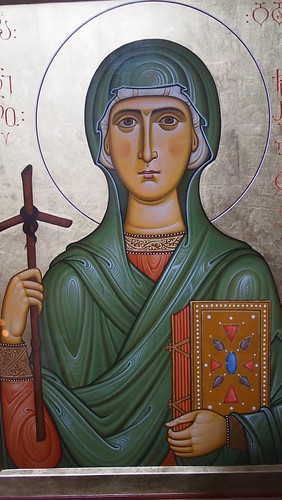 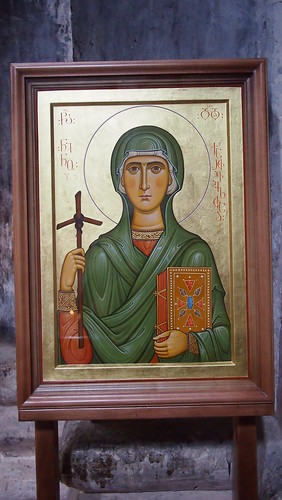 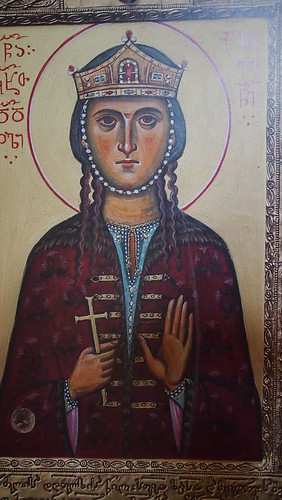 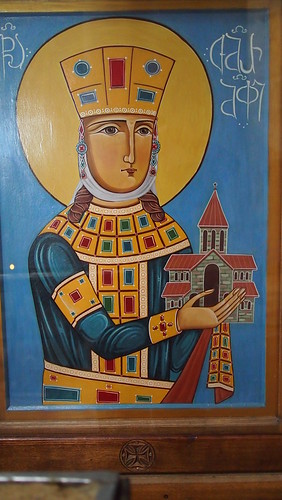 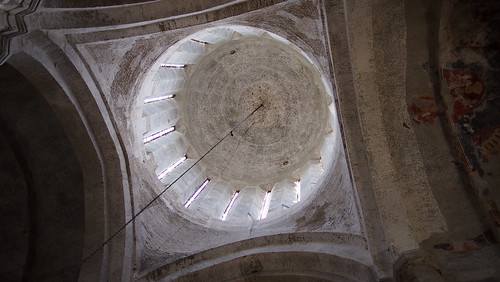 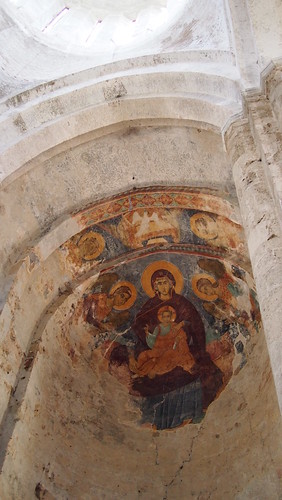 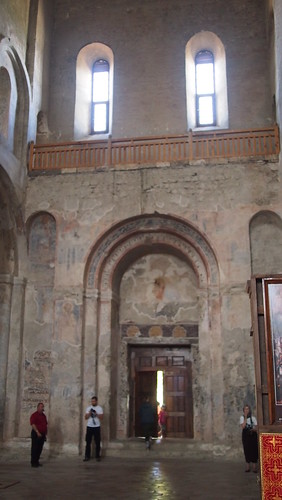 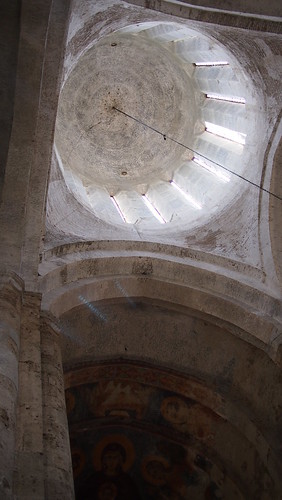 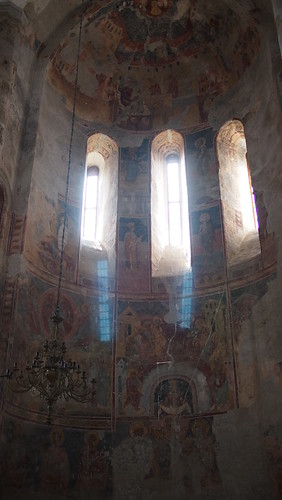 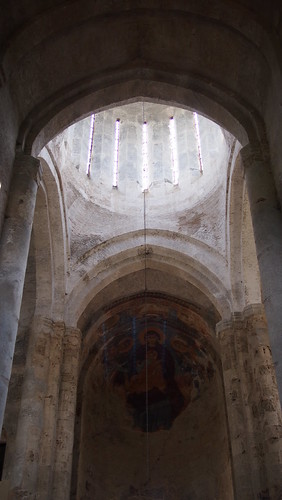 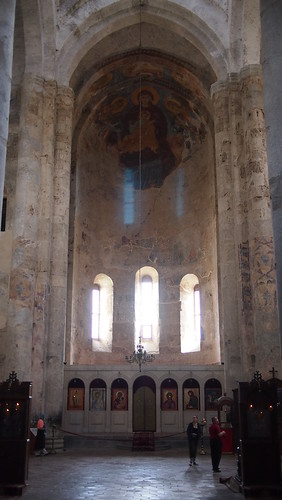 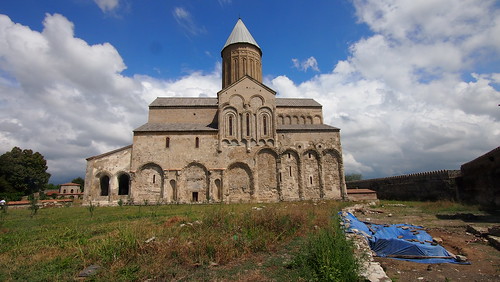 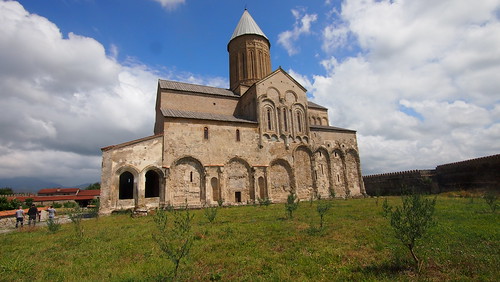 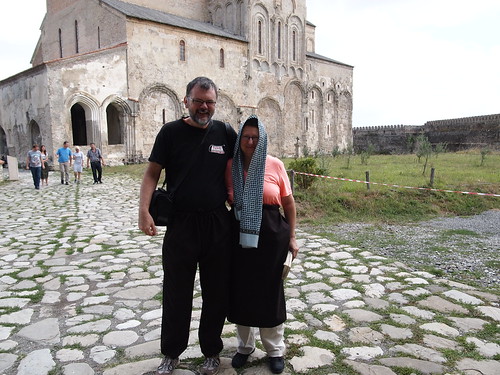 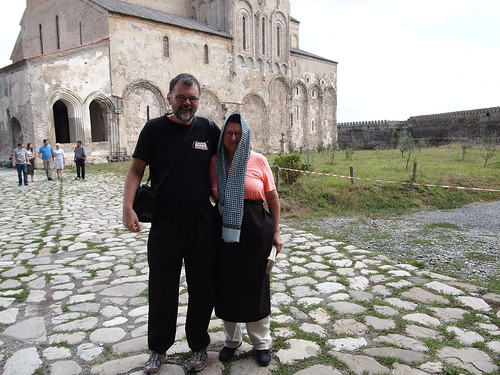 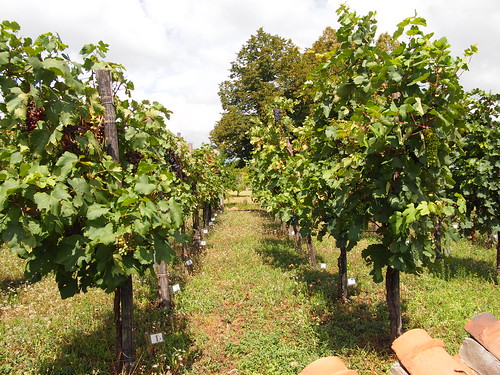 A visit to the Alaverdi Monastery, standing tall and solitary amidst the stunning Greater Caucasus Mountains, feels like stepping into paradise. Set against the backdrop of a tidal wave of clouds in an azure Georgian sky, this monastery was founded in the 6th century by an Assyrian monk named Joseph Alaverdeli. The current cathedral—of Georgian Orthodox denomination—was built in the 11th century by King Kvirike, ruler of the Kakheti region.

From a distance, the monastery looks austere, like a fortress. Inside, the sprawling grounds have their own vineyards, growing over a hundred grape varietals; stone steps lead to open courtyards; monumental arches and high ceilings reveal ancient inscriptions and nearly-fading frescoes of the Virgin and holy child.