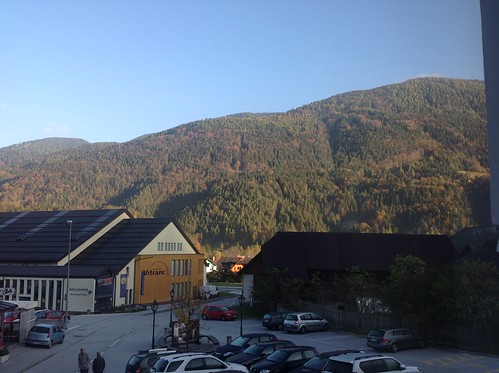 Ajd literally means “heathen” in Slovenian, but it also denotes a certain supernatural quality. So, while the rock formation of “Ajdovska Deklica” is traditionally known to English speakers as the “Heathen Maiden” in English, it should be noted that this maiden is a little more fantastical than heathen.

According to local folklore, the maiden was a good-hearted villager who often guided travelers through snowstorms. Said to be a nymph or forest spirit in some renditions, she also had prophetic abilities and could foretell the fates of unborn babies. One day, she prophesized about a boy who would grow to become a hunter and catch the Zlatorog, or Goldenhorn, a mythical chamois buck with magical powers. Infuriated that she foresaw the death of the Zlatorog, legend says, the maiden’s siblings placed a curse on her. When she returned home on Mount Prisojnik, her body was transformed into stone.