Xining (; [ɕí.nǐŋ]), alternatively known as Sining, is the capital of Qinghai province in western China and the largest city on the Tibetan Plateau. As of the 2020 census, it had 2,467,965 inhabitants (2,208,708 as of 2010), of whom 1,954,795 lived in the built-up (or metro) area made of 5 urban districts.The city was a commercial hub along the Northern Silk Road’s Hexi Corridor for over 2000 years, and was a stronghold of the Han, Sui, Tang, and Song dynasties’ resistance against nomadic attacks from the west. Although long a part of Gansu province, Xining was added to Qinghai in 1928. Xining holds sites of religious significance to Muslims and Buddhists, including the Dongguan Mosque and Ta’er Monastery. The city lies in the Huangshui River valley, and owing to its high altitude, has a cool climate on the borderline between cool semi-arid and dry winter humid continental. It is connected by rail to Lhasa, Tibet and connected by high-speed rail to Lanzhou, Gansu and Ürümqi, Xinjiang.
The city is home to Qinghai University, a comprehensive university and the only Project 211 university in Xining. 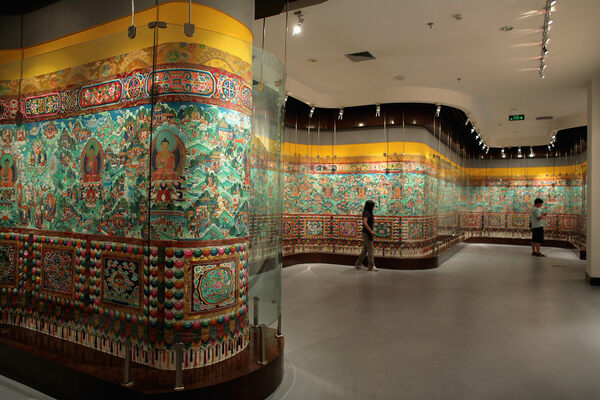 Stretching almost 2,000 feet, this Tibetan painting is one longest pieces of Buddhist artwork in the world. 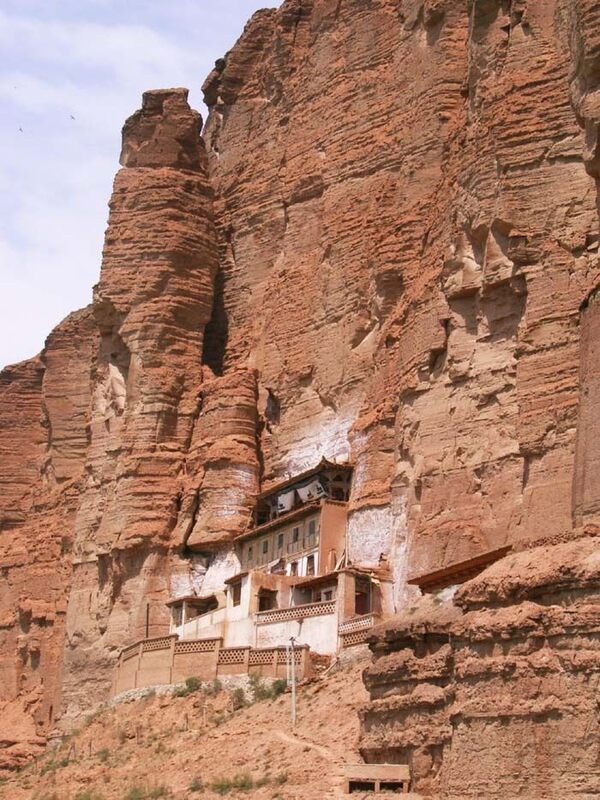 Discover White Horse Temple (白马寺) in Haidong Shi, China: This temple located on a vertical drop of a rocky mountain houses relics from the Song Dynasty.