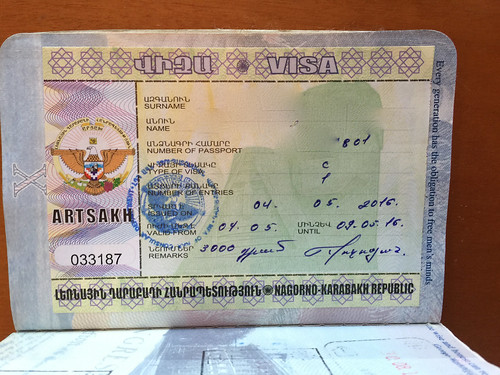 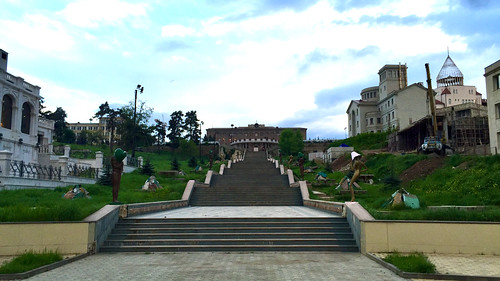 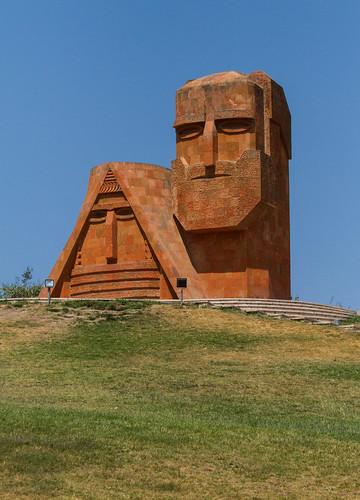 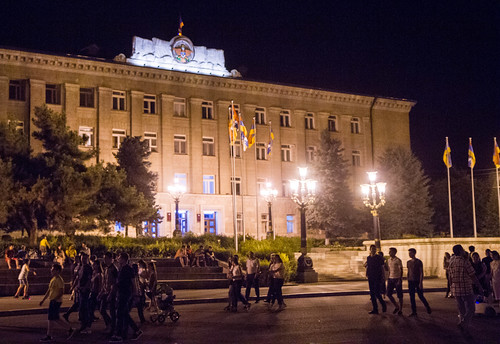 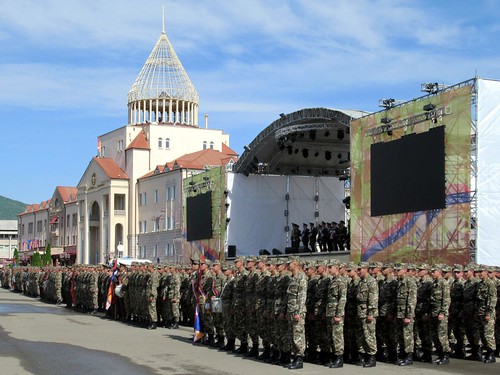 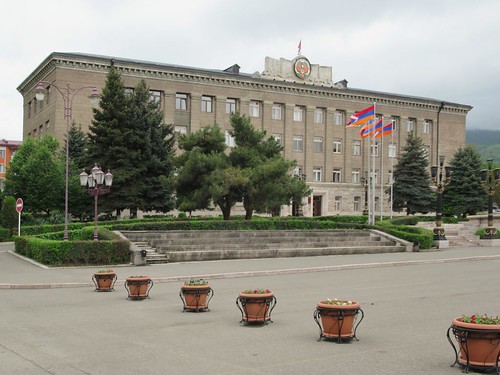 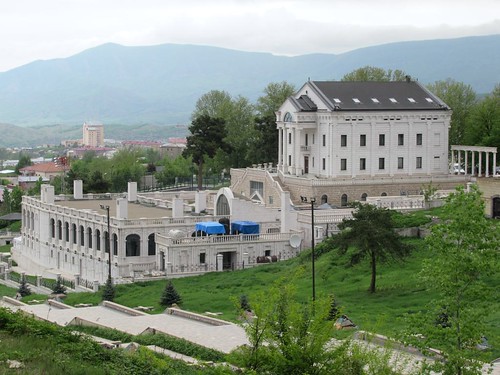 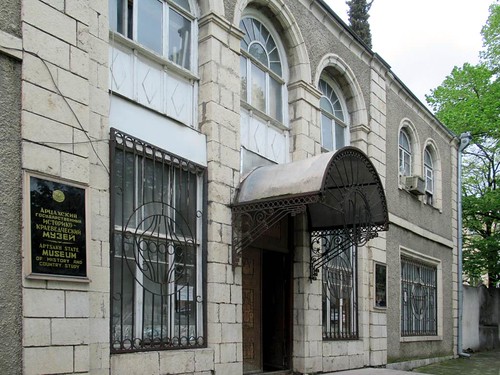 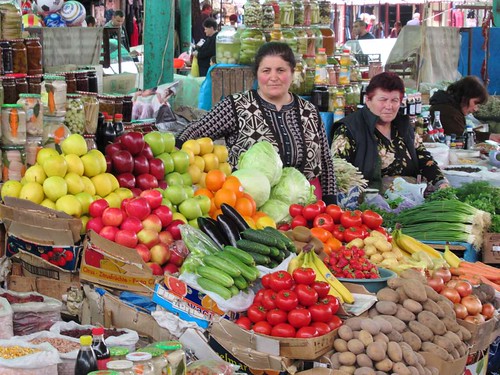 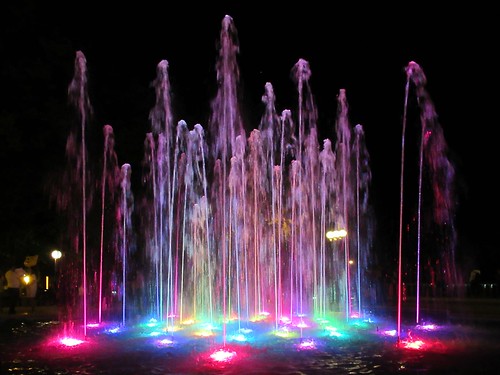 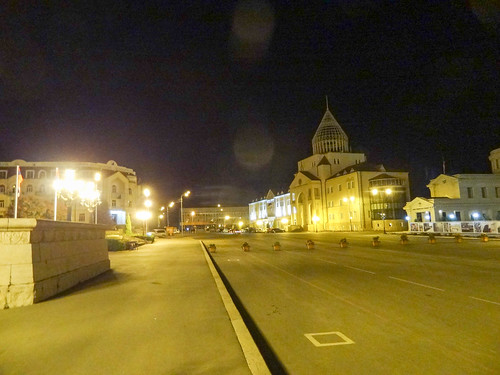 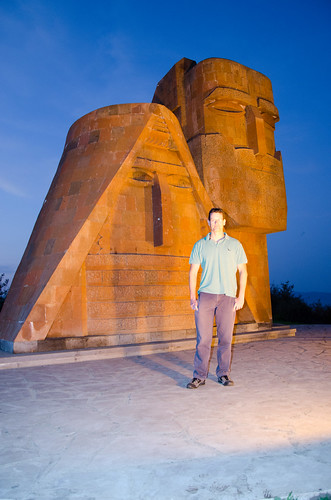 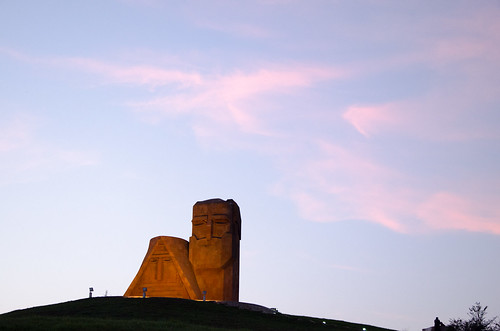 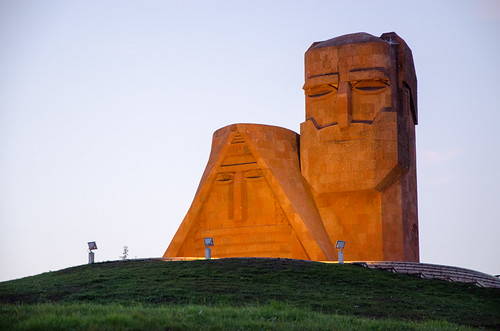 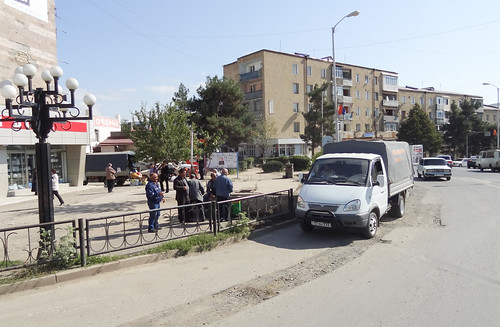 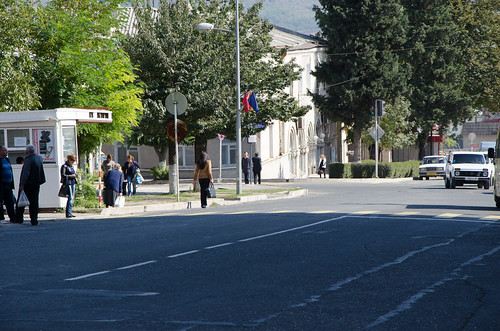 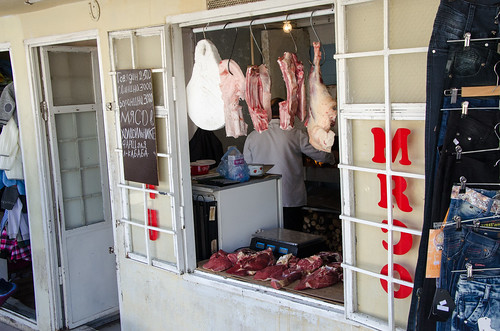 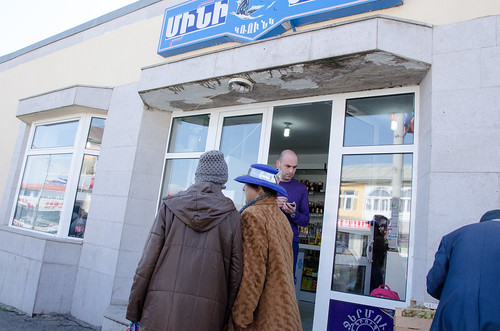 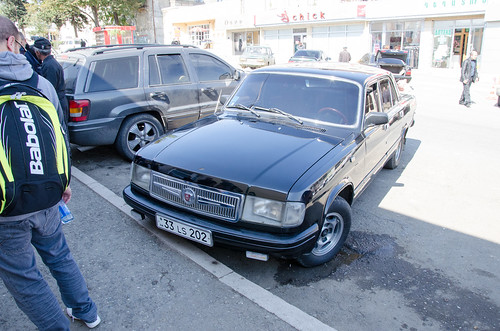 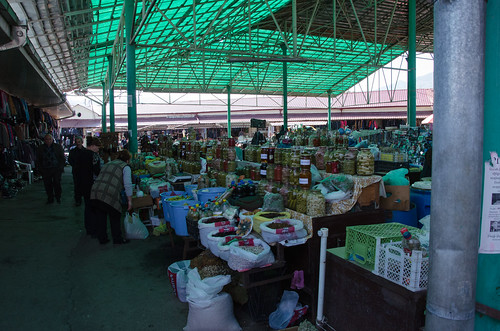 The Battle of Shusha was the first significant military victory by Armenian forces during the First Nagorno-Karabakh War. The battle took place in the strategically important mountain town of Shusha on the evening of May 8, 1992, and fighting swiftly concluded the next day after Armenian forces captured it and drove out the defending Azerbaijanis. Armenian military commanders based in Nagorno-Karabakh's capital of Stepanakert had been contemplating the capture of the town after Azerbaijani shelling of Stepanakert.
The capture of the town proved decisive. Shusha was the most important military stronghold that Azerbaijan held in Nagorno-Karabakh – its loss marked a turning point in the war, and led to a series of military victories by Armenian forces in the course of the conflict.