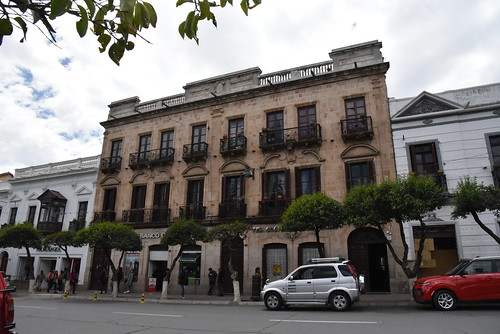 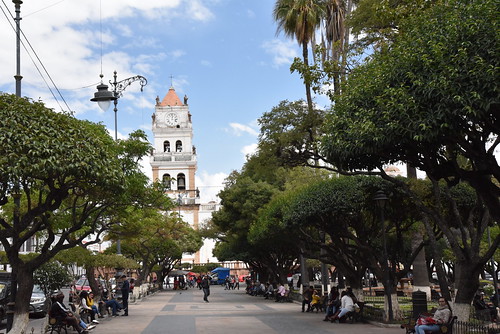 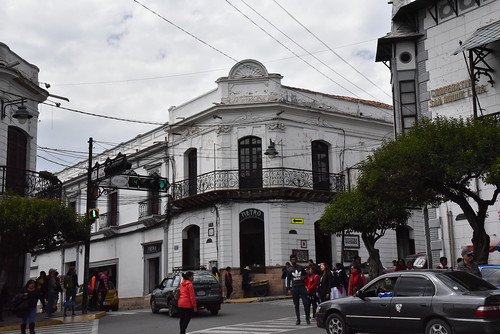 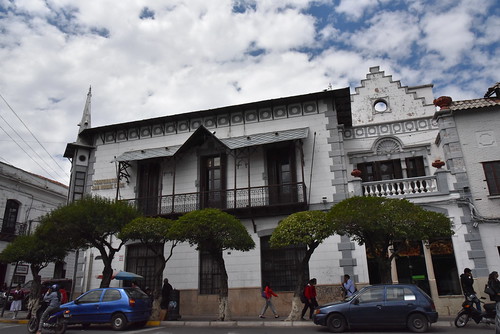 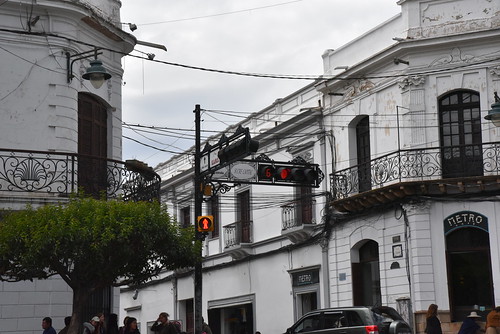 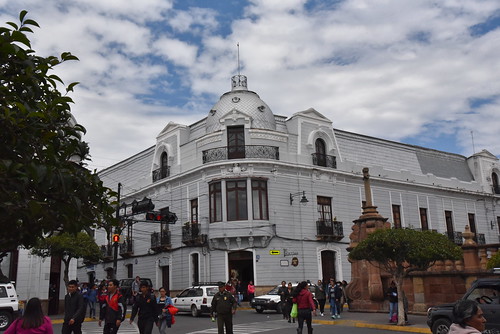 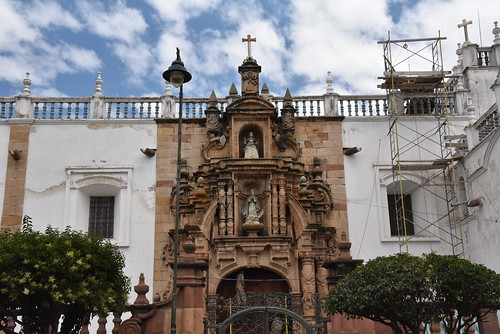 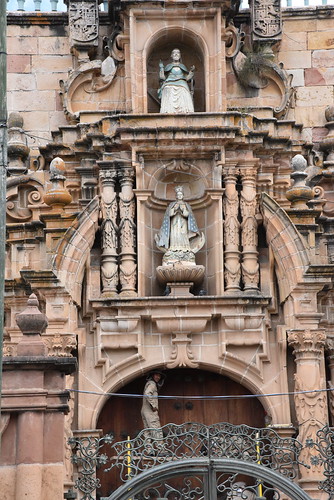 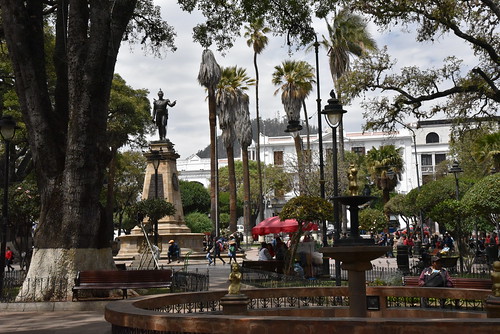 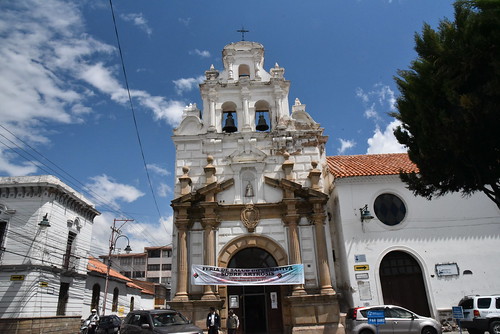 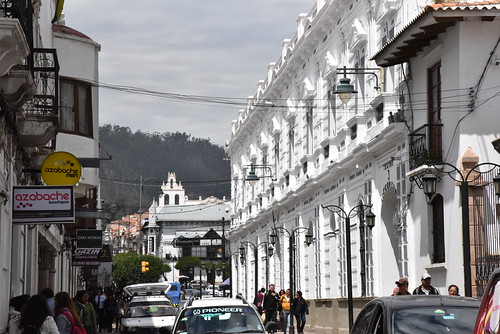 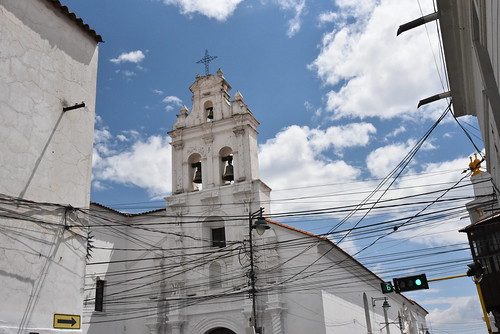 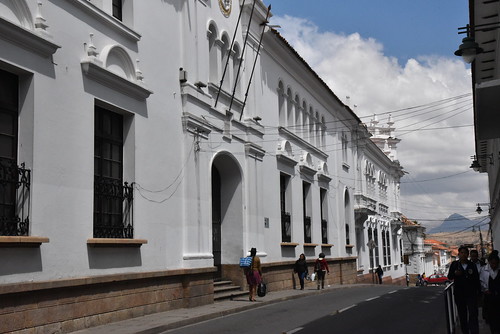 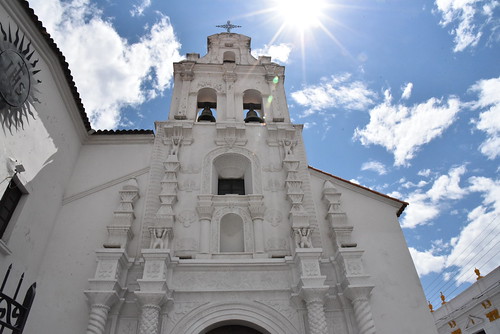 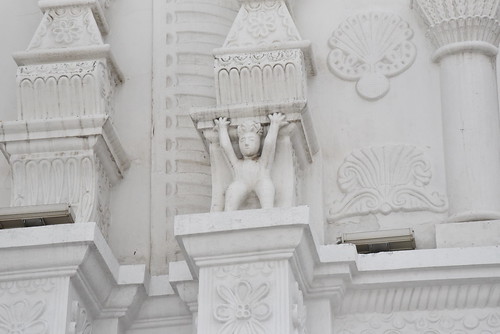 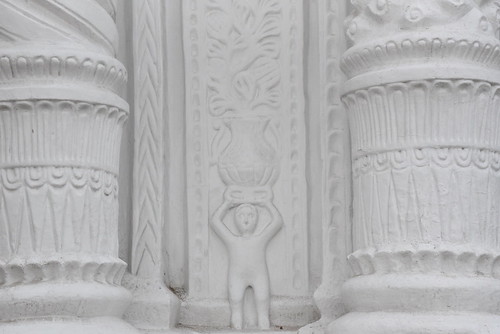 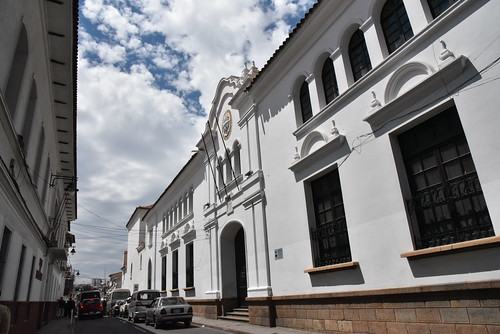 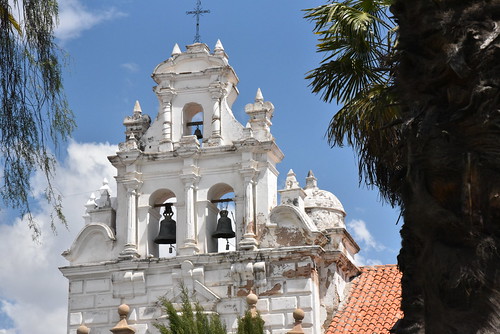 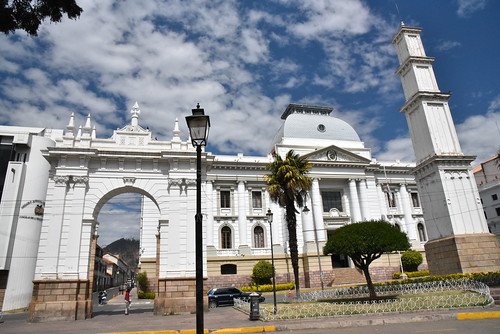 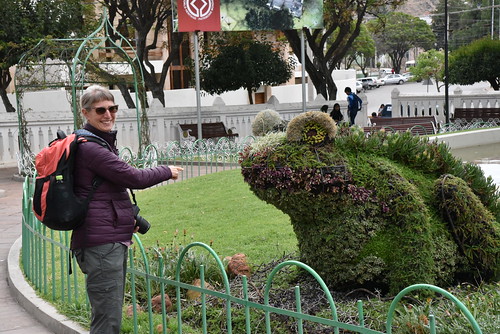 Sucre (Spanish: [ˈsukɾe]) is the constitutional capital of Bolivia, the capital of the Chuquisaca Department and the 6th most populated city in Bolivia. Located in the south-central part of the country, Sucre lies at an elevation of 2,810 meters (9,214 feet). This relatively high altitude gives the city a subtropical highland climate with cool temperatures year-round.
Its pre-Columbian name was Chuquisaca; during the Spanish Empire it was called La Plata.
Before the arrival of the Spanish, the city of Chuquisaca had its own autonomy with respect to the Inca Empire (the Charcas were the only people that did not pay the ransom for the Inca captive).
Today Sucre remains a city of major national importance and is an educational and government center, being the location of the Bolivian Supreme Court. Its pleasant climate and low crime rates have made the city popular amongst foreigners and Bolivians alike. Notably, Sucre contains one of the best preserved Hispanic colonial and republican historic city centres in the Western Hemisphere. This architectural heritage and the millenarian history of the Charcas region has led to Sucre's designation as a UNESCO World Heritage Site.