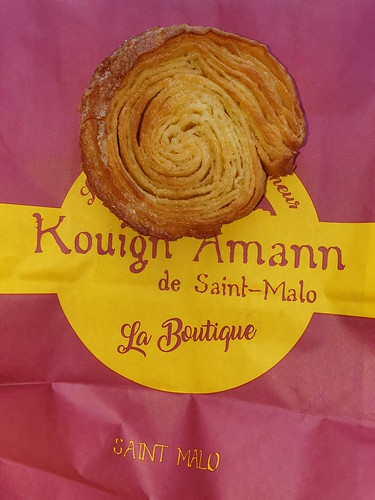 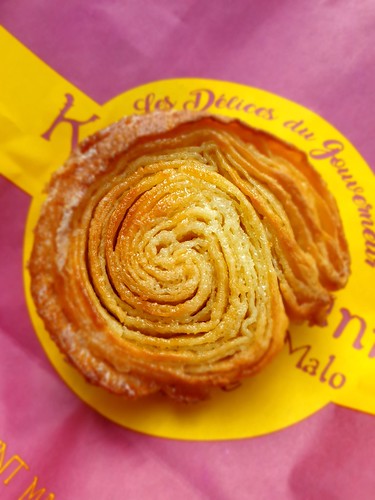 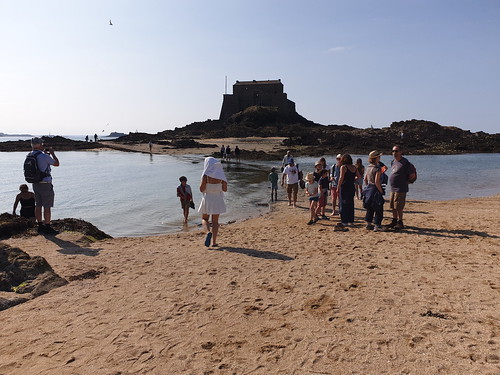 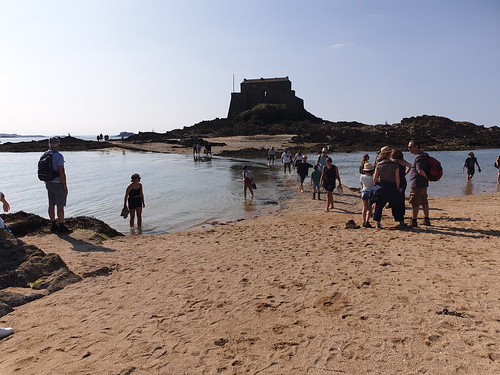 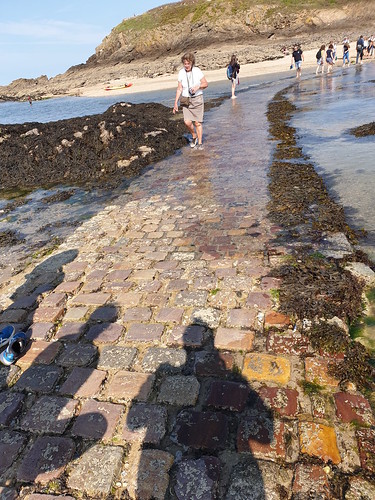 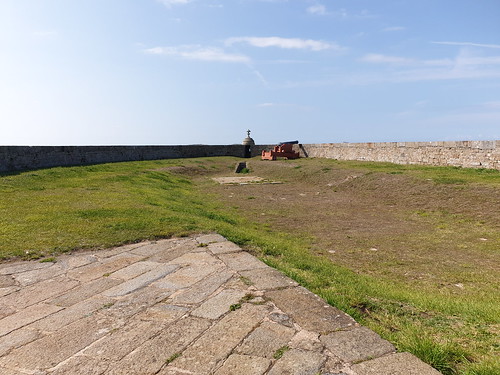 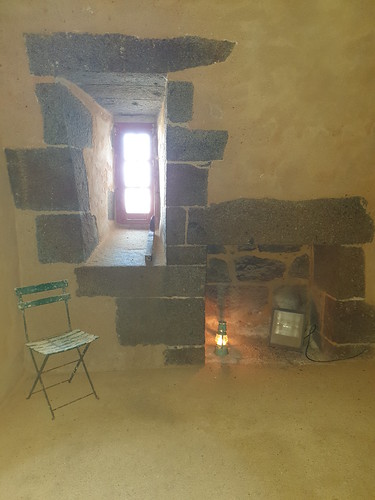 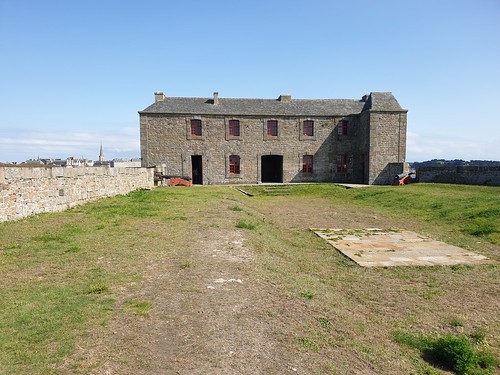 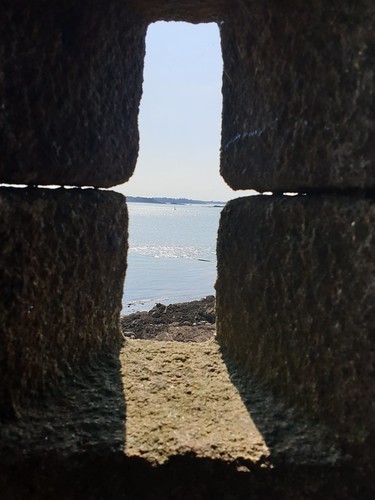 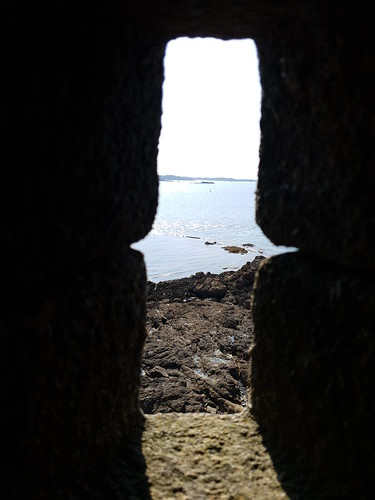 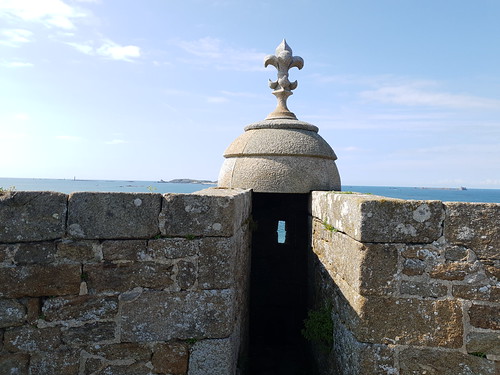 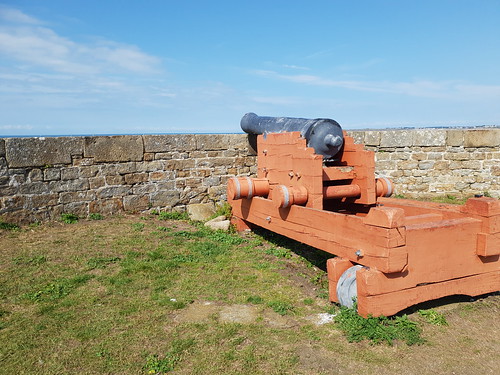 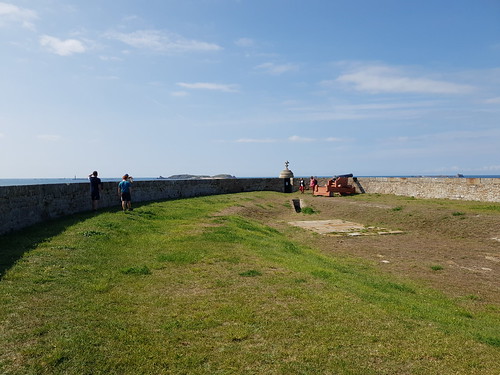 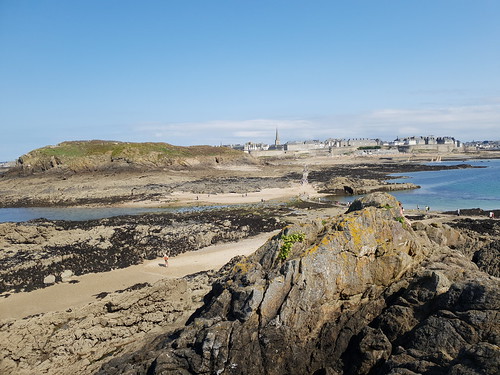 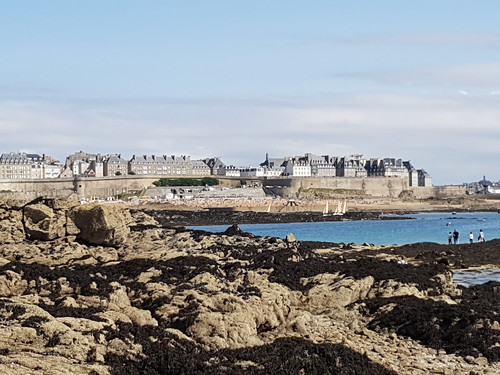 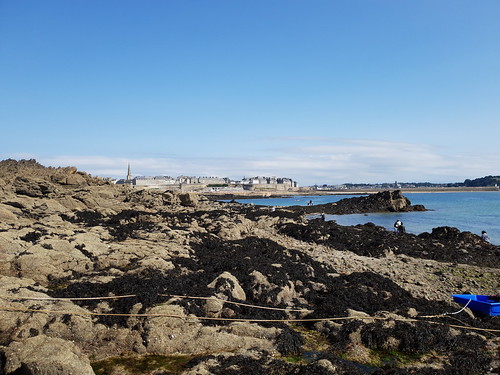 Saint-Malo (UK: , US: , French: [sɛ̃ malo] ; Gallo: Saent-Malô; Breton: Sant-Maloù) is a historic French port in Ille-et-Vilaine, Brittany on the English Channel coast.
The walled city had a long history of piracy, earning much wealth from local extortion and overseas adventures. In 1944, the Allies heavily bombarded Saint-Malo, which was garrisoned by German troops. The city changed into a popular tourist centre, with a ferry terminal serving the Channel Islands of Jersey and Guernsey, as well as the Southern English settlements of Portsmouth, Hampshire and Poole, Dorset.
The famous transatlantic single-handed yacht race, Route du Rhum, which takes place every four years in November, is between Saint Malo and Point-à-Pitre in Guadeloupe.