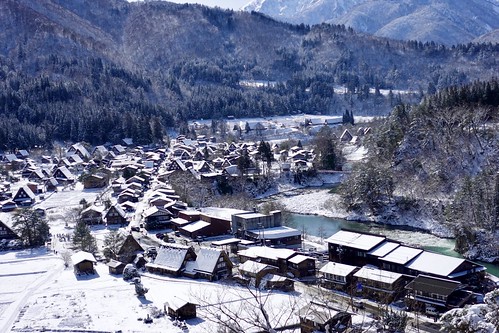 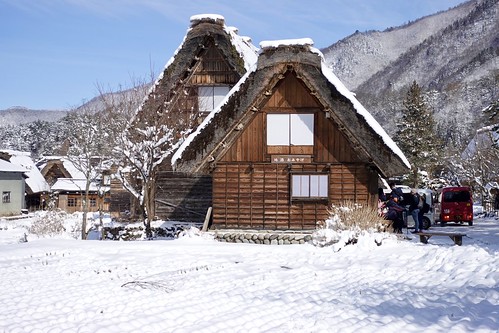 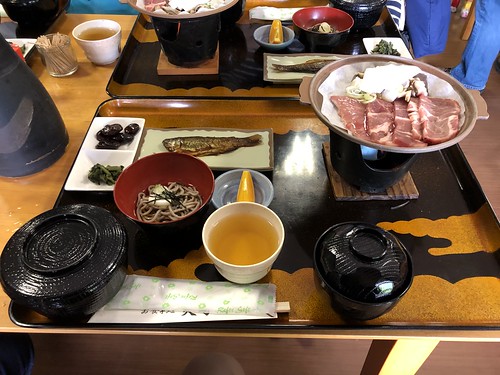 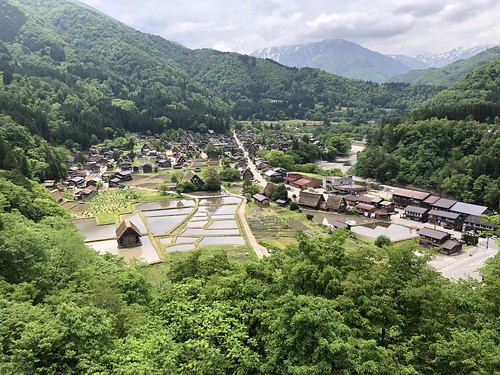 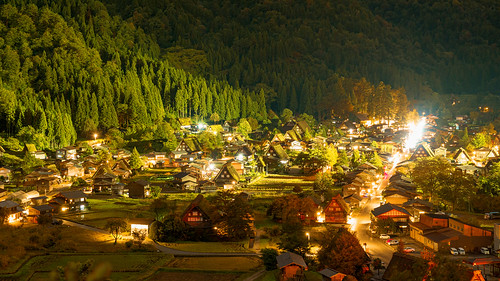 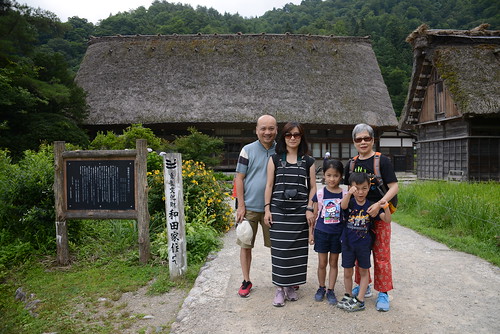 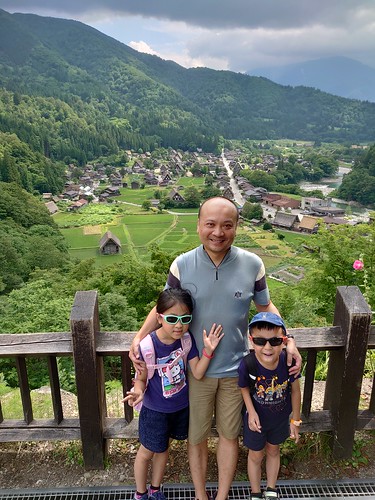 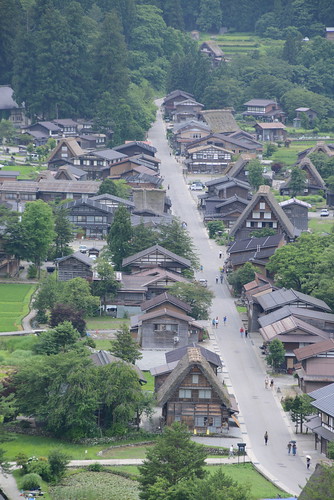 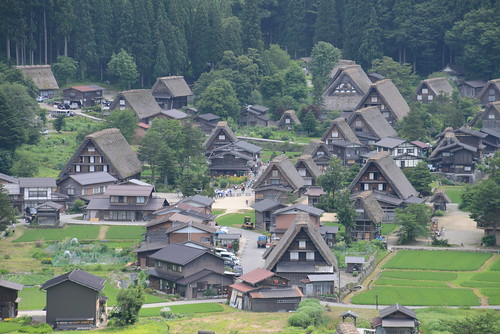 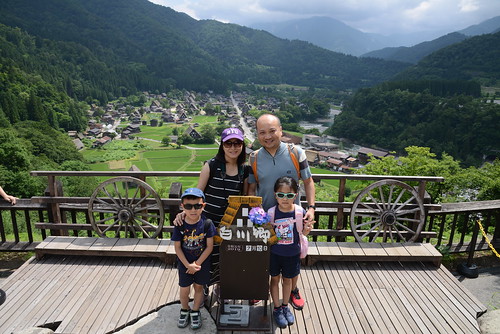 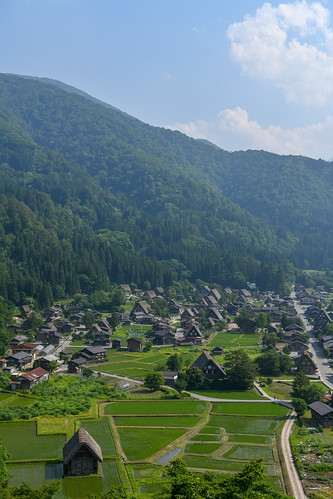 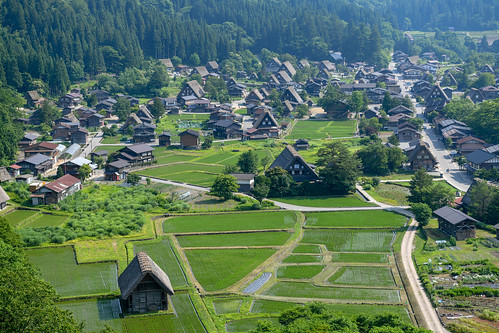 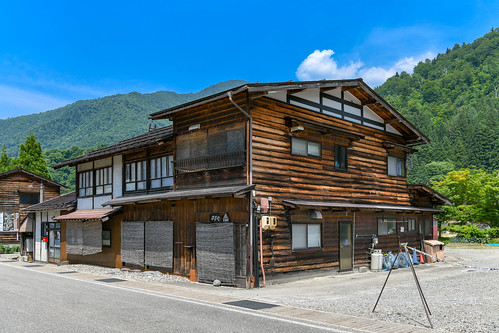 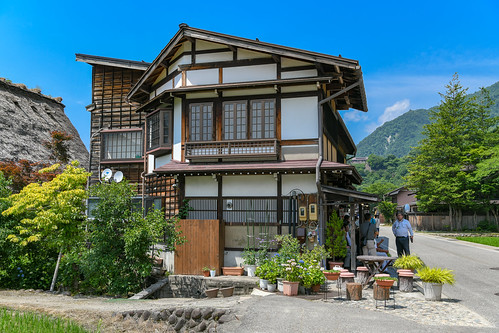 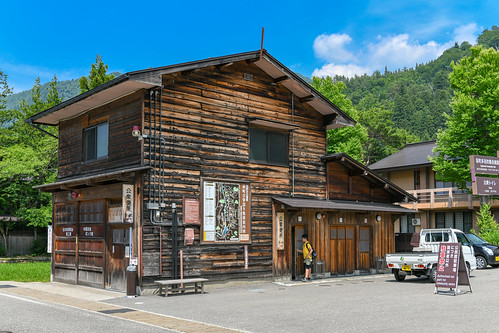 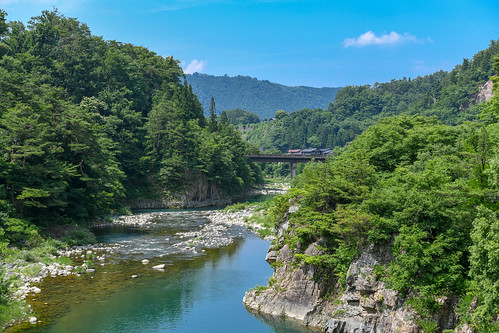 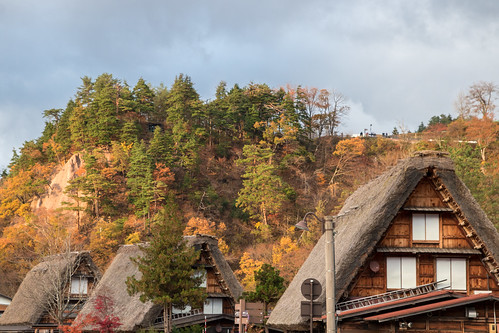 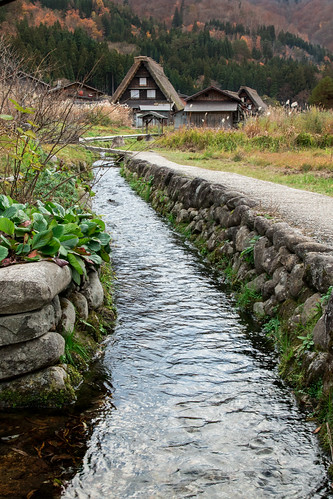 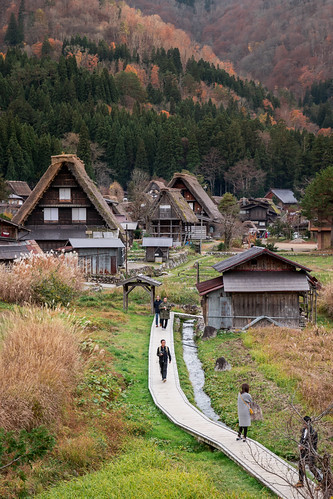 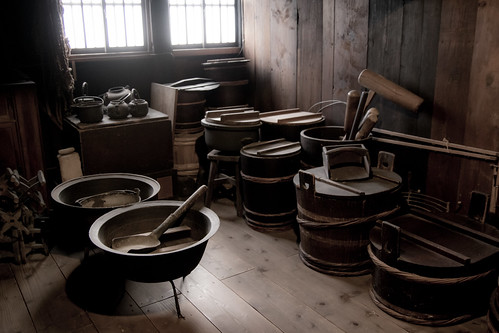 Shirakawa (白川村, Shirakawa-mura) is a village located in Ōno District, Gifu Prefecture, Japan. It is best known for being the site of Shirakawa-gō, a small, traditional village showcasing a building style known as gasshō-zukuri. Together with Gokayama in Nanto, Toyama, it is one of UNESCO's World Heritage Sites.
As of 1 January 2019, the village had an estimated population of 1,630 in 588 households and a population density of 4.6 persons per km2. The total area of the village was 356.55 km2 (137.66 sq mi).