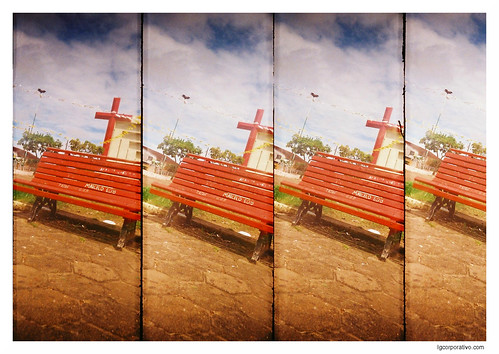 Santarém (Portuguese pronunciation: [sɐ̃taˈɾẽj]) is a city and municipality in the western part of the state of Pará in Brazil. Located at the confluence of the Tapajós and Amazon Rivers, it has become a popular tourist destination. It is the second-most important city in the state, and the financial and economic center of the western part of the state. It leads the Santarém Metropolitan Area, made up of Santarém, Belterra and Mojuí dos Campos. It was once home to the Tapajós Indians, a tribe of Native Americans after whom the river was named. They were the leaders of a large, agricultural chiefdom that flourished before the arrival of Europeans.
It is located some 800 km (500 mi) from the two largest cities in the Brazilian Amazon: Manaus, upriver in the state of Amazonas, and the Pará state capital Belém, located downriver at the mouth of the Amazon on the Atlantic Ocean. Santarém has an estimated population of 306,480 people (2020), and is the third most populous city of the state. The city occupies an area of 22 887,087 km2² (14 304,42 sq mi), of which 77 km2 are urban areas.
The city was founded by Portuguese colonists in 1661 as New Santarém (after the city in Portugal).