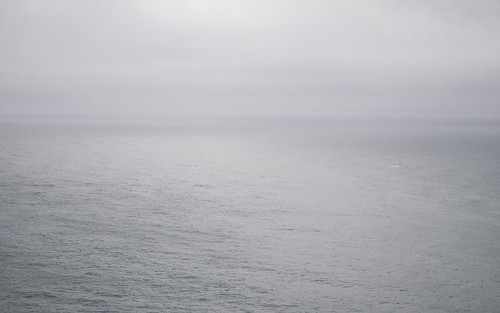 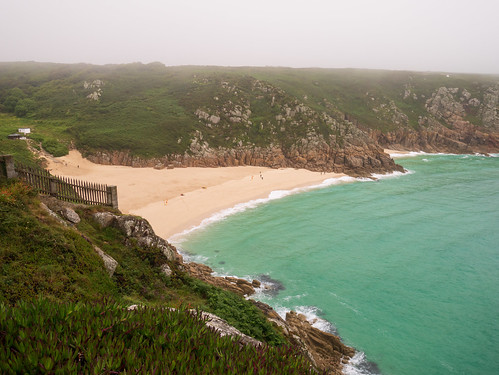 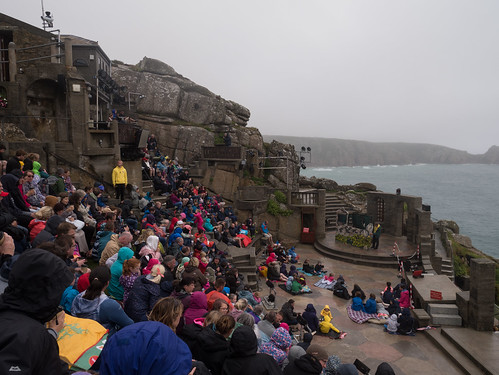 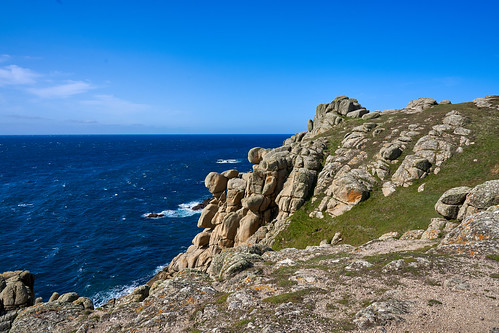 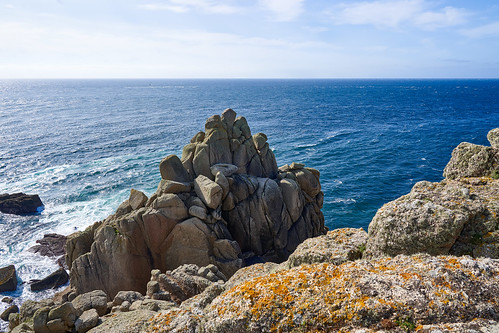 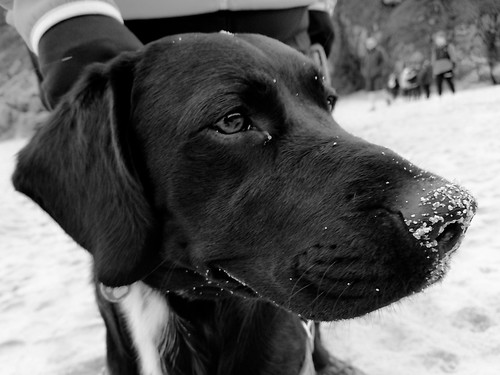 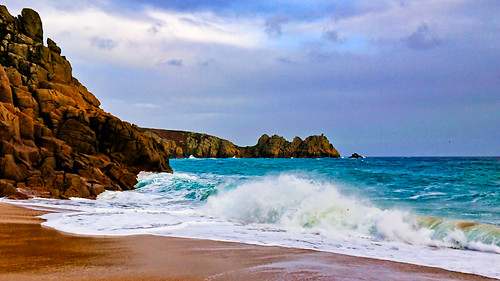 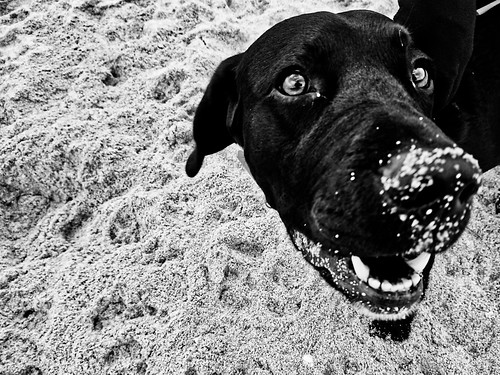 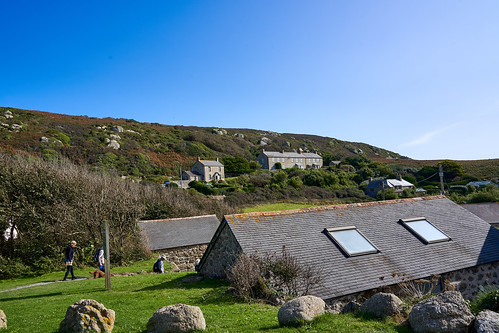 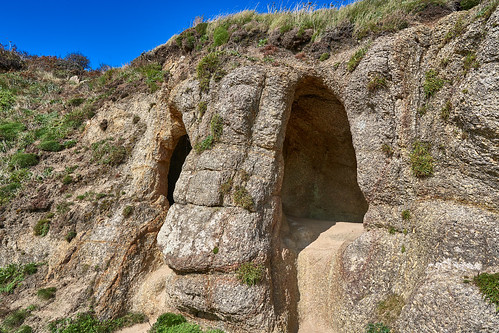 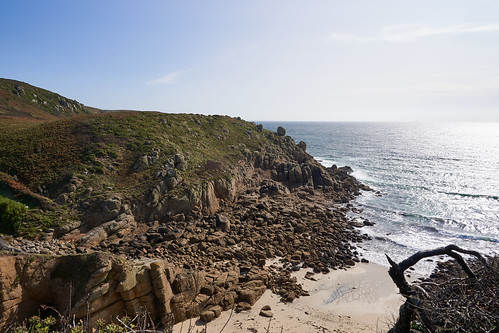 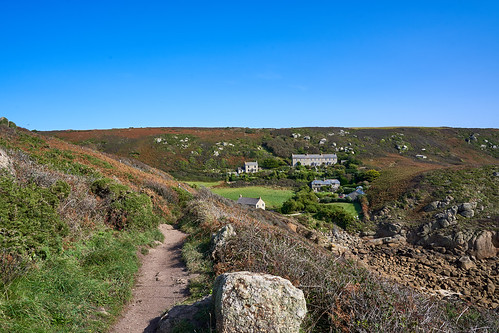 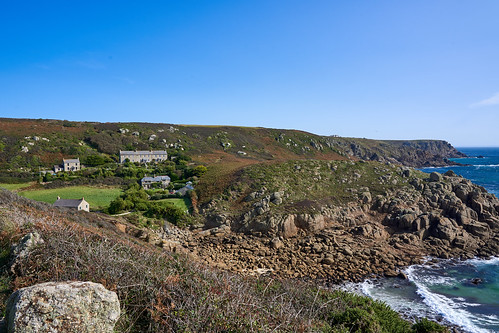 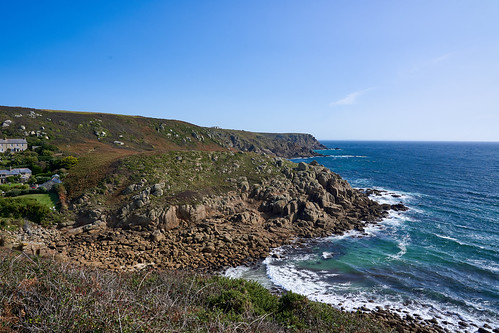 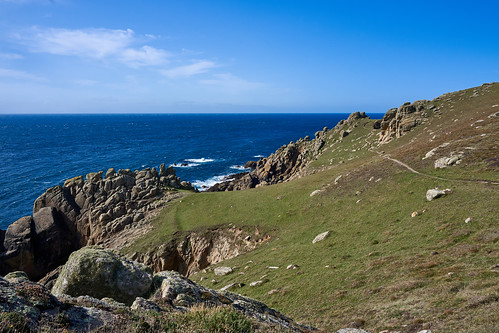 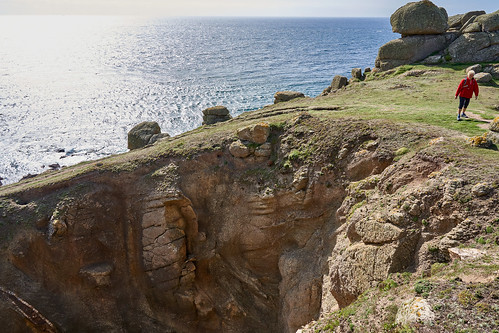 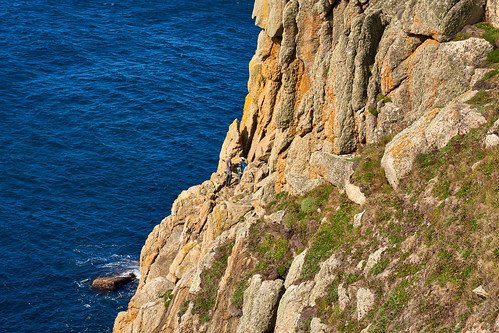 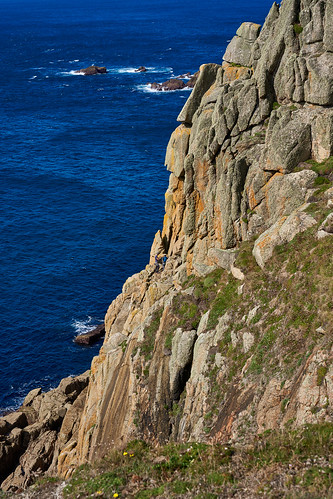 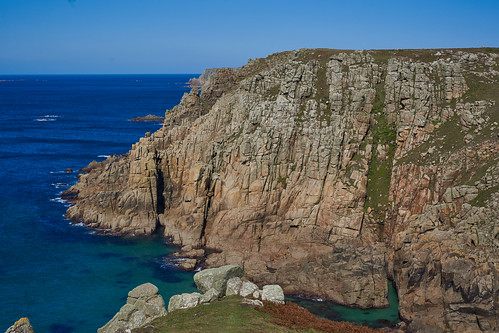 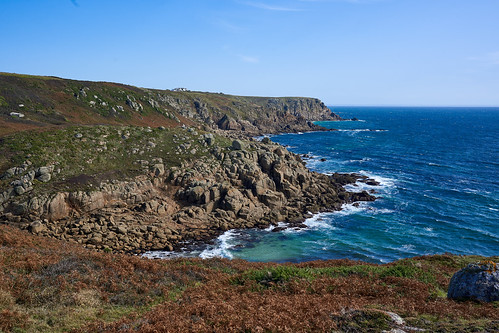 Porthcurno (Cornish: Porthkornow, Porthcornow, meaning "pinnacle cove", see below) is a small village covering a small valley and beach on the south coast of Cornwall, England in the United Kingdom. It is the main settlement in a civil and an ecclesiastical parish, both named St Levan, which comprise Porthcurno, diminutive St Levan itself, Trethewey and Treen.
It is centred 6.6 miles (10.6 km) west of the railway, market and resort town of Penzance and 2.5 miles (4.0 km) from Land's End, the most westerly point of the English mainland. Road access is via the north end of the valley along a long cul-de-sac with short branches off the B3283 and land traditionally associated with the village, including its beach, is on the South West Coast Path.