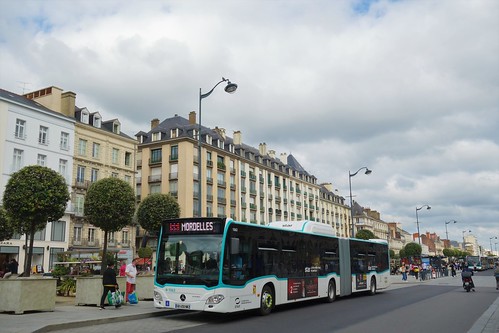 Rennes (French pronunciation: [ʁɛn] ; Breton: Roazhon [ˈrwɑːzən]; Gallo: Resnn; Latin: Condate Redonum) is a city in the east of Brittany in northwestern France at the confluence of the Ille and the Vilaine. Rennes is the capital of the region of Brittany, as well as the Ille-et-Vilaine department. In 2017, the urban area had a population of 357,327 inhabitants, and the larger metropolitan area had 739,974 inhabitants. The inhabitants of Rennes are called Rennais/Rennaises in French.
Rennes's history goes back more than 2,000 years, at a time when it was a small Gallic village named Condate. Together with Vannes and Nantes, it was one of the major cities of the ancient Duchy of Brittany. From the early sixteenth century until the French Revolution, Rennes was a parliamentary, administrative and garrison city of the historic province of Brittany of the Kingdom of France as evidenced by its 17th century Parliament's Palace. Rennes played an important role in the Stamped Paper Revolt in 1675. After the destructive fire of 1720, the medieval wooden center of the city was partially rebuilt in stone. Remaining mostly rural until the Second World War, Rennes really developed in the twentieth century.