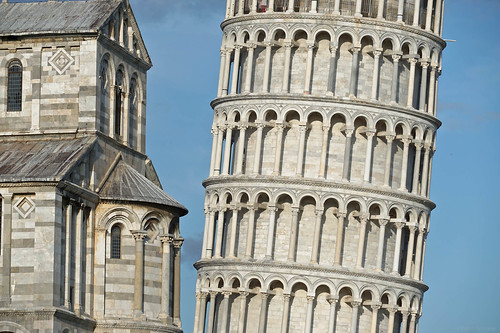 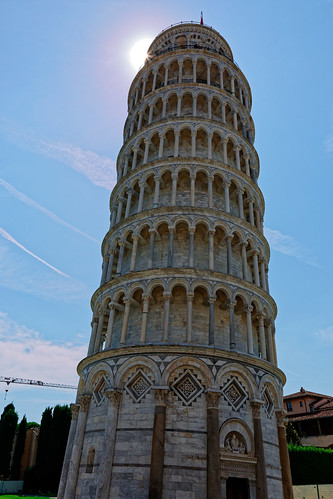 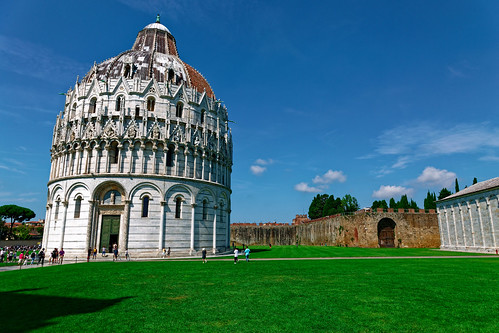 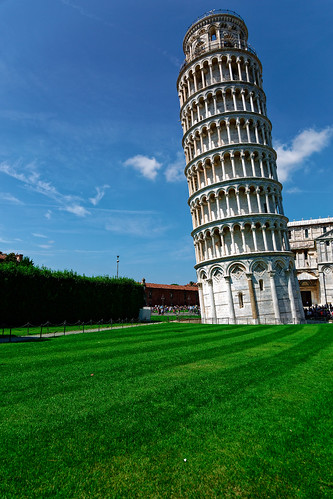 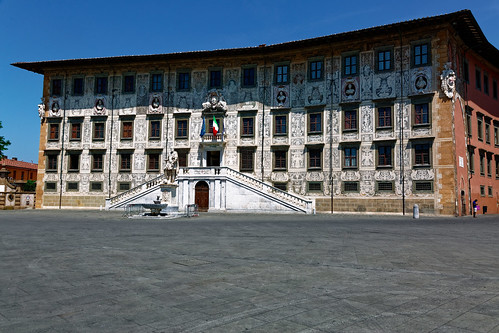 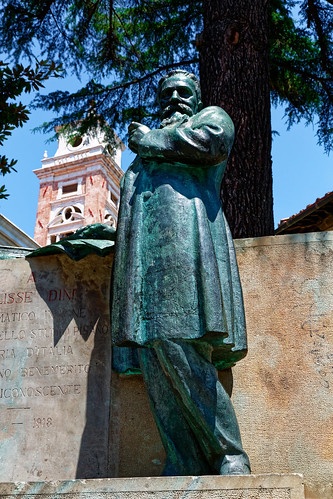 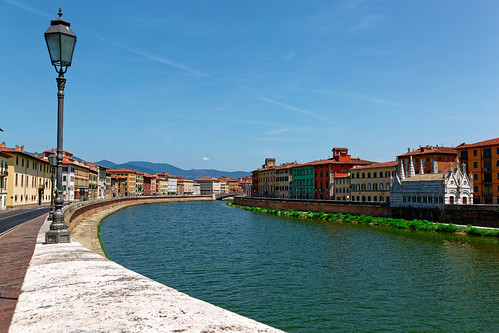 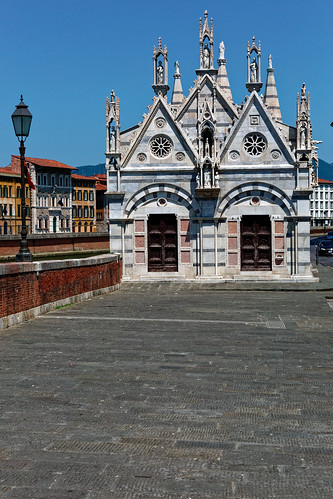 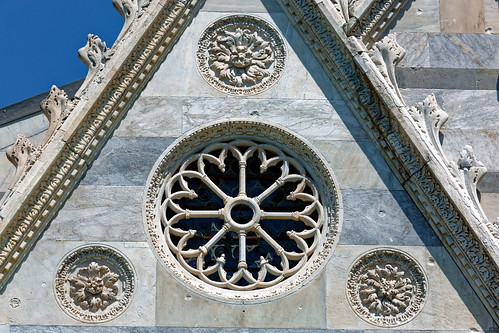 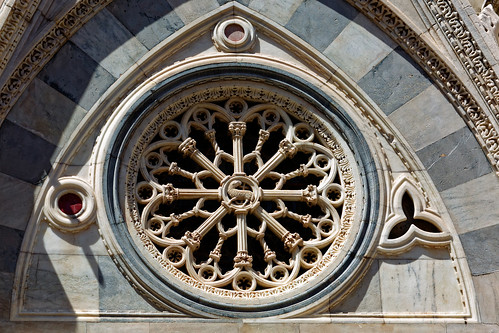 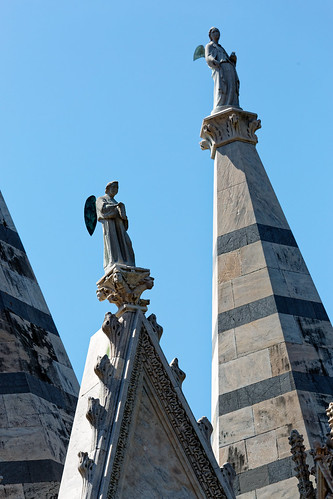 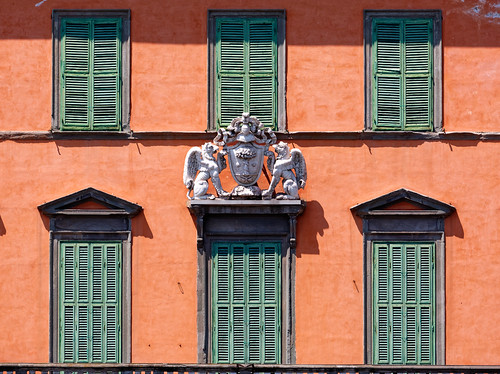 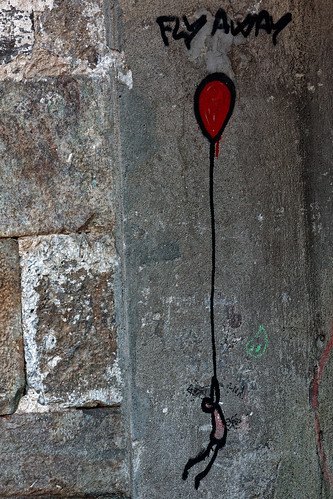 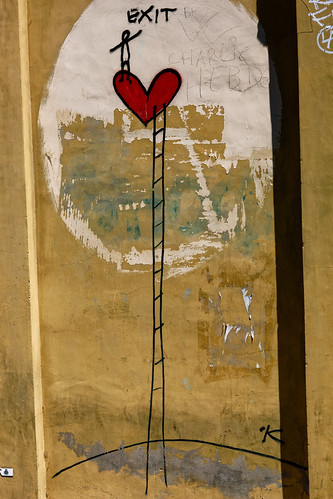 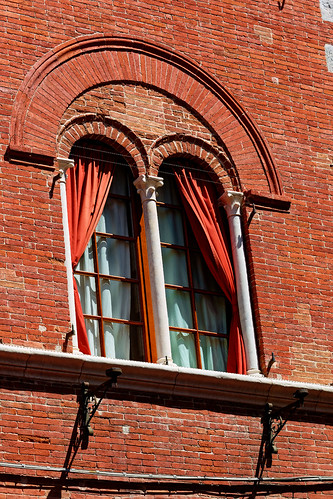 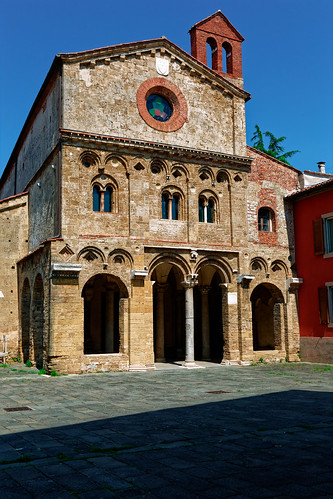 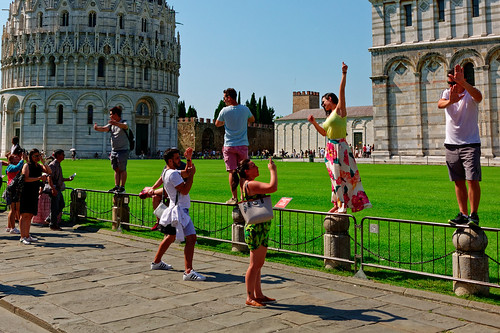 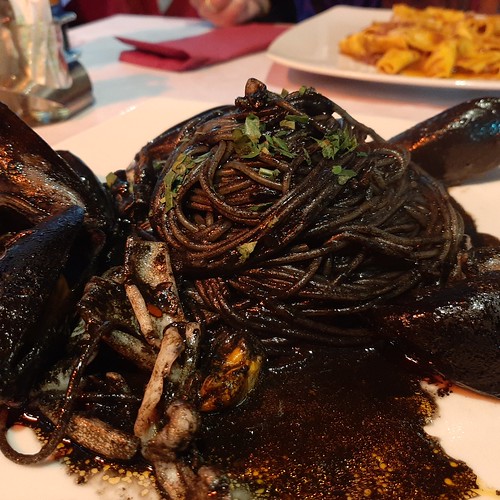 The Piazza dei Miracoli (Italian: [ˈpjattsa dei miˈraːkoli]; English: Square of Miracles), formally known as Piazza del Duomo (English: Cathedral Square), is a walled 8.87-hectare area located in Pisa, Tuscany, Italy, recognized as an important centre of European medieval art and one of the finest architectural complexes in the world. Considered sacred by the Catholic Church, its owner, the square is dominated by four great religious edifices: the Pisa Cathedral, the Pisa Baptistry, the Campanile, and the Camposanto Monumentale (Monumental Cemetery). Partly paved and partly grassed, the Piazza dei Miracoli is also the site of the Ospedale Nuovo di Santo Spirito (New Hospital of the Holy Spirit), which houses the Sinopias Museum (Italian: Museo delle Sinopie) and the Cathedral Museum (Italian: Museo dell'Opera del Duomo).
The name Piazza dei Miracoli was coined by the Italian writer and poet Gabriele d'Annunzio who, in his novel Forse che sì forse che no (1910), described the square as the "prato dei Miracoli", or "meadow of miracles". The square is sometimes called the Campo dei Miracoli ("Field of Miracles"). In 1987, the whole square was declared a UNESCO World Heritage Site.