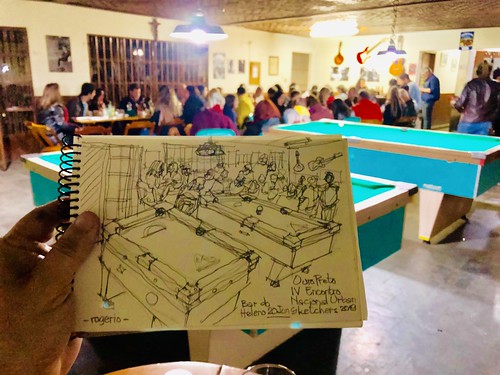 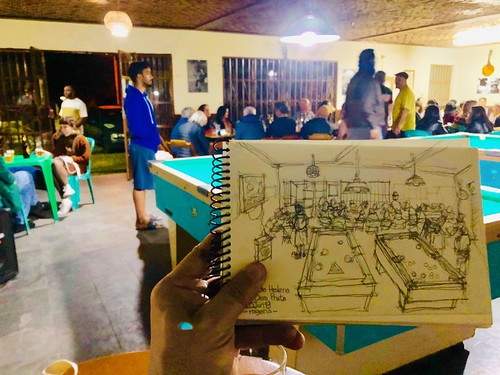 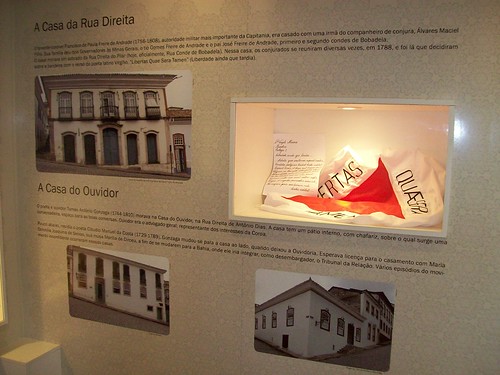 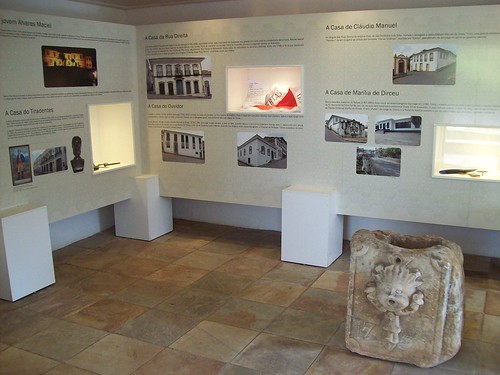 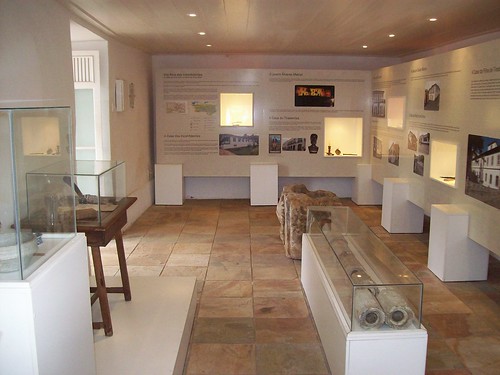 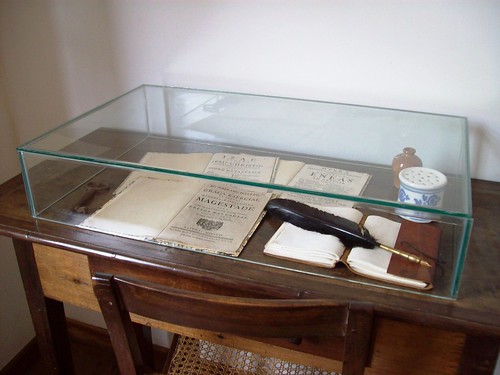 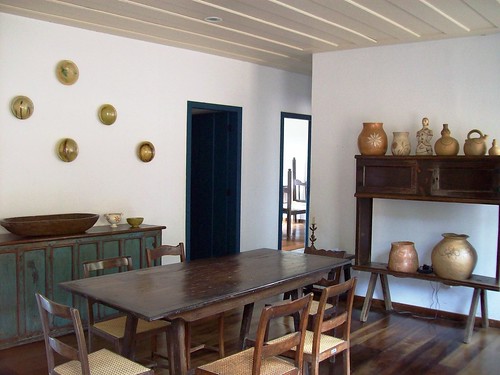 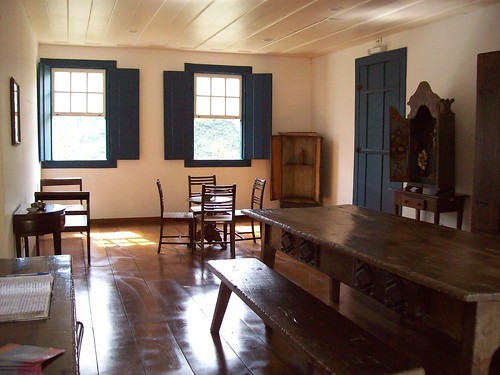 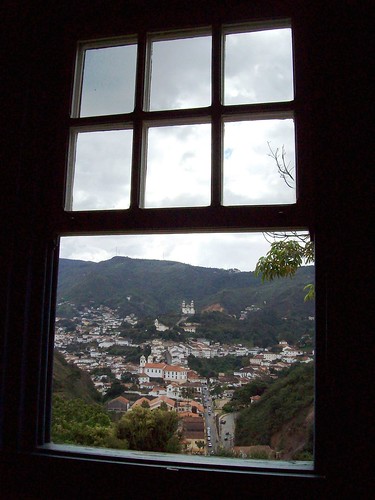 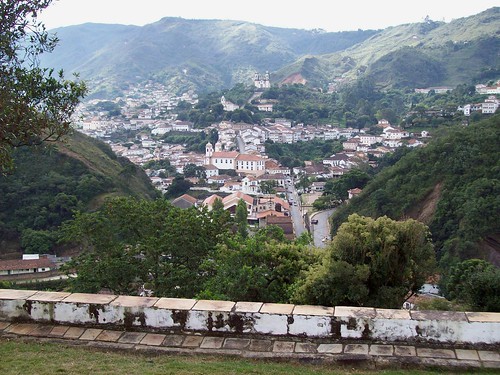 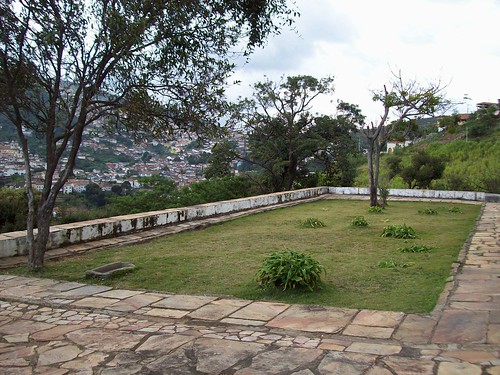 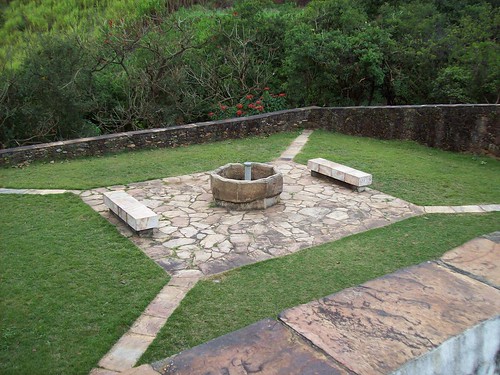 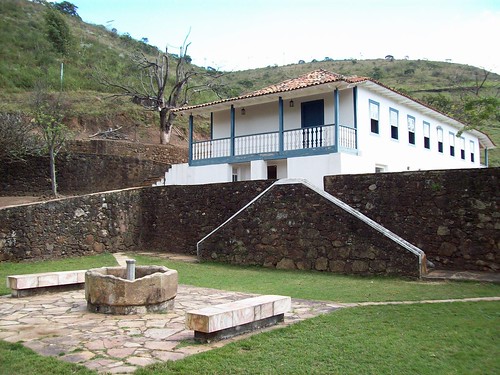 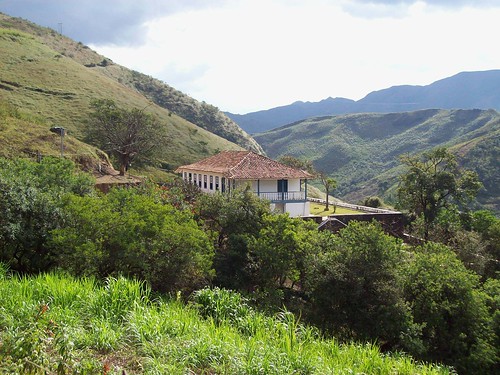 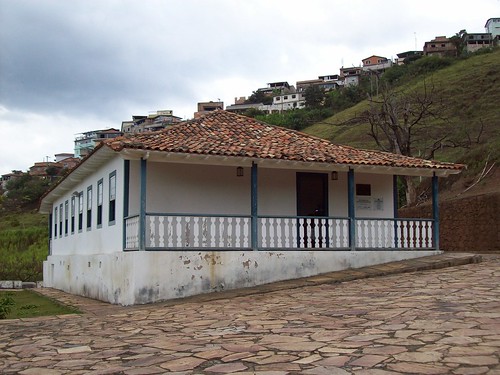 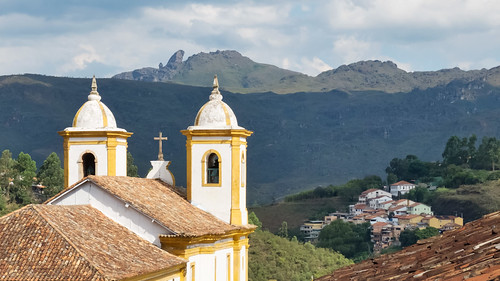 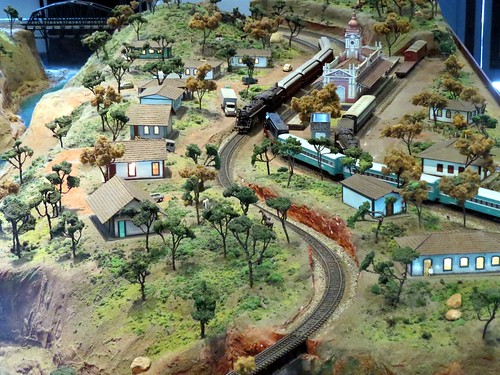 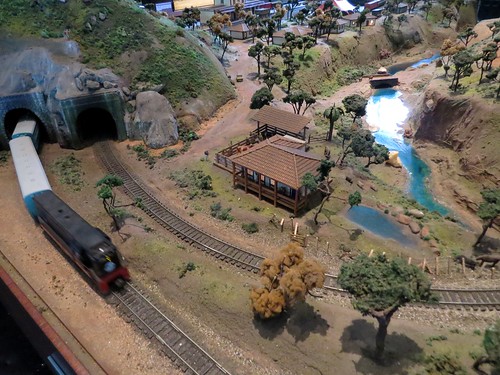 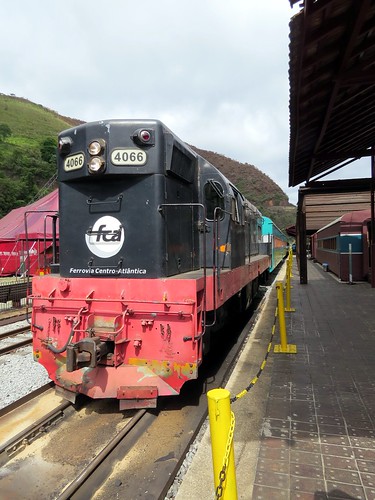 Ouro Preto (Portuguese pronunciation: [ˈo(w)ɾu ˈpɾetu], Black Gold), formerly Vila Rica (Portuguese pronunciation: [ˈvilɐ ˈʁikɐ], Rich Town), is a city in and former capital of the state of Minas Gerais, Brazil, a former colonial mining town located in the Serra do Espinhaço mountains and designated a World Heritage site by UNESCO because of its outstanding Baroque Portuguese colonial architecture.
Ouro Preto is located in one of the main areas of the Brazilian Gold Rush.
Officially, 800 tons of gold were sent to Portugal in the eighteenth century, not to mention what was circulated in an illegal manner, nor what remained in the colony, such as gold used in the ornamentation of the churches. The municipality became the most populous city of Latin America, counting on about 40 thousand people in 1730 and, decades after, 80 thousand. At that time, the population of New York was less than half of that number of inhabitants and the population of São Paulo did not surpass 8 thousand.Ouro Preto was capital of Minas Gerais from 1720 until 1897.
Other historical cities in Minas Gerais are São João del-Rei, Diamantina, Mariana, Tiradentes, Congonhas and Sabará.