Östersund is an urban area in Jämtland in the middle of Sweden. It is the seat of Östersund Municipality and the capital of Jämtland County. Östersund is located at the shores of Sweden’s fifth largest lake, Storsjön, opposite the island Frösön, and is the only city in Jämtland. Östersund is the region’s cultural and economical centre and by tradition a city of trade and commerce. Östersund had one of the most extensive garrisons in Sweden prior to its closure in the early-21st century. The city is the Mid Sweden University’s largest campus site with approximately 7,000 students. With a total population of 50,960 Östersund is the 22nd most populous city in Sweden, the 46th most populous city in Scandinavia, and by far the largest inland city in Northern Sweden.
The city was the only Swedish city founded and chartered in the 18th century. Östersund was founded in order to create a trade monopoly over Jämtland whose inhabitants’ lucrative trade annoyed the Swedish Crown. The intention was to persuade the local farmers to deliver merchandise to middlemen in Östersund, but the population opposed this economic philosophy, and Östersund long remained small. 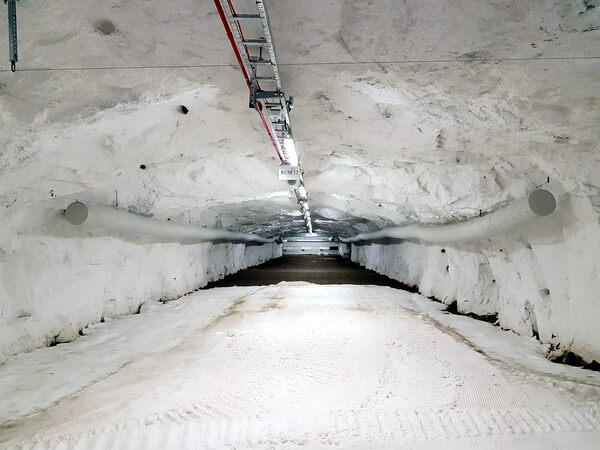 This Ski Tunnel Was Once a Top-Secret Military Facility

The tunnels in Gällö were created during a dark era in history.