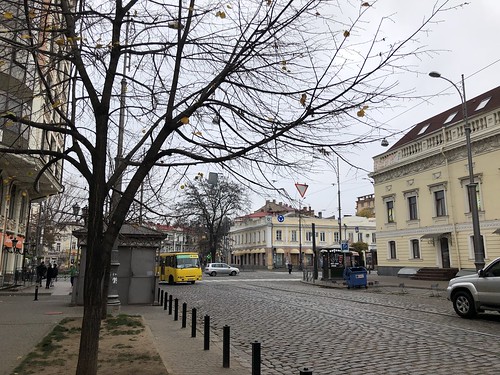 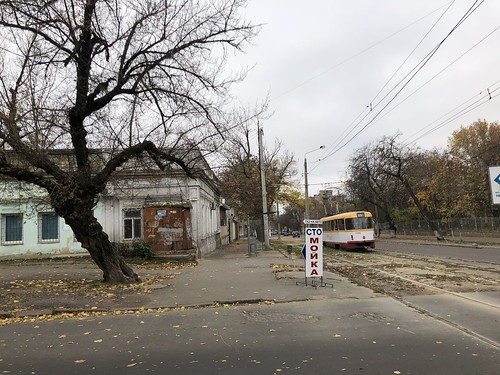 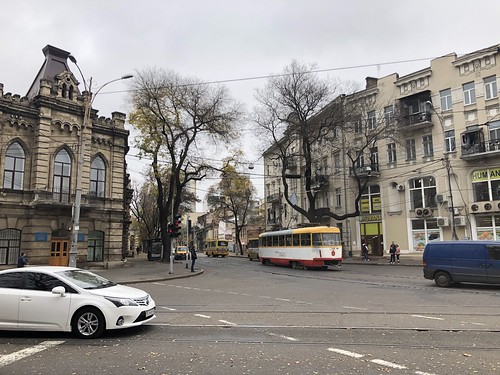 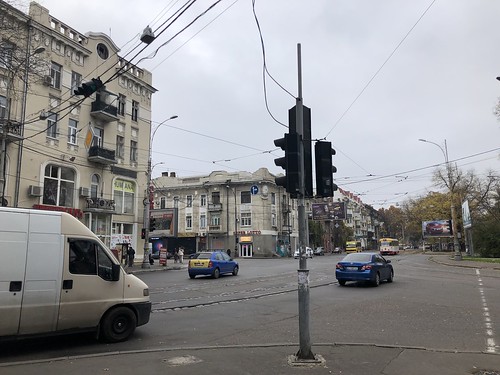 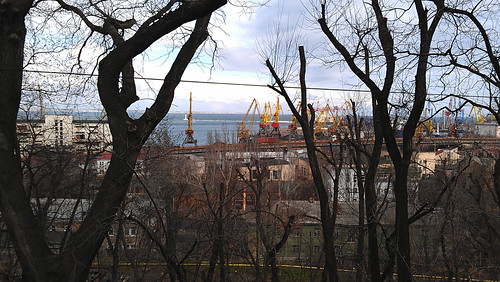 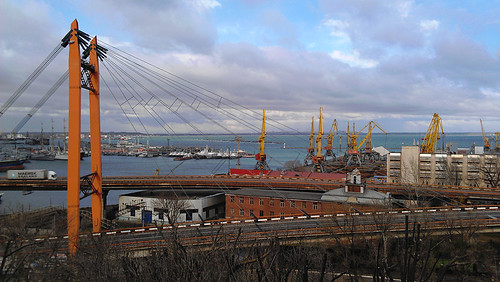 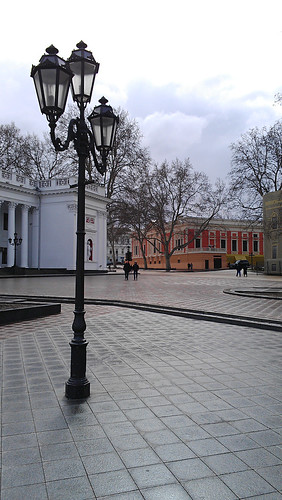 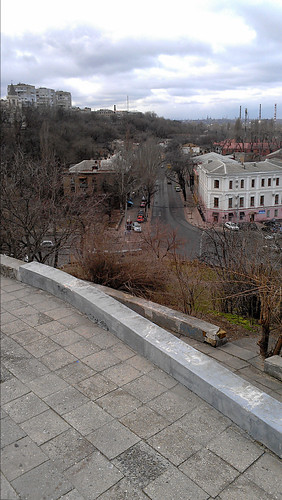 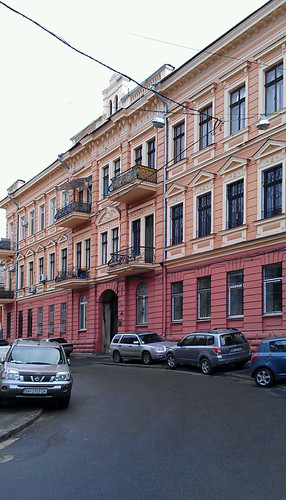 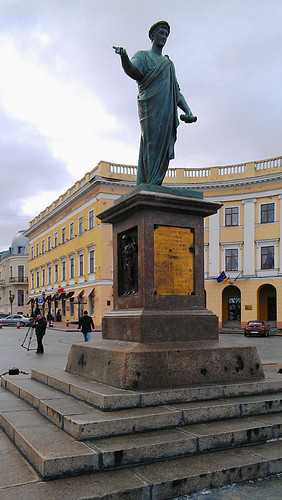 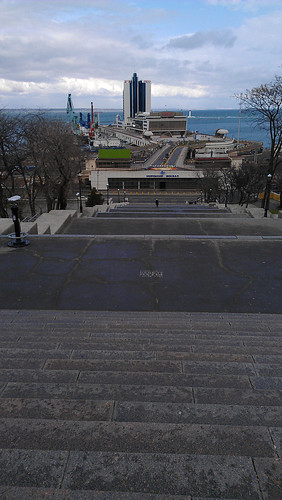 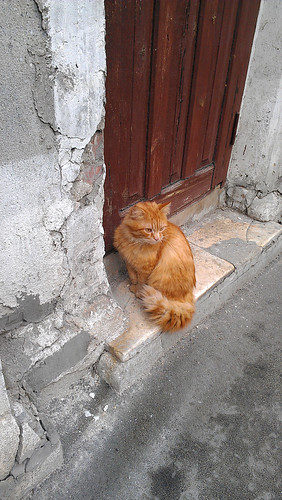 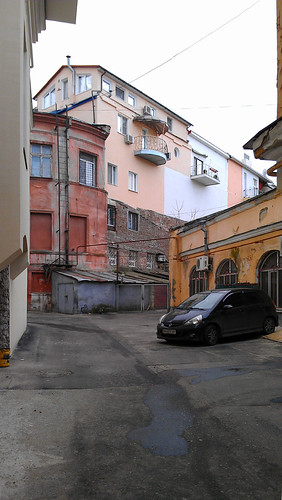 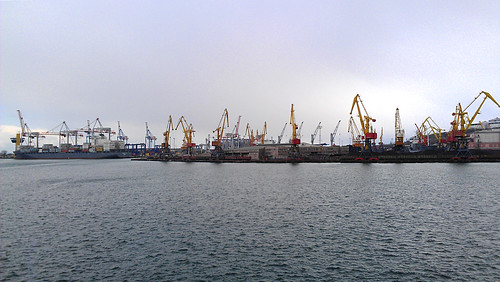 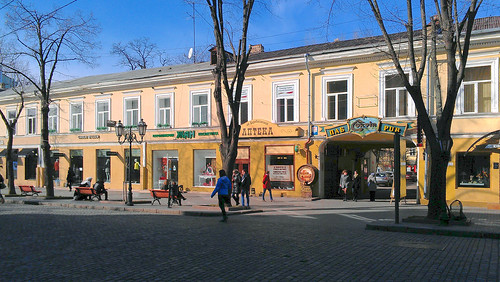 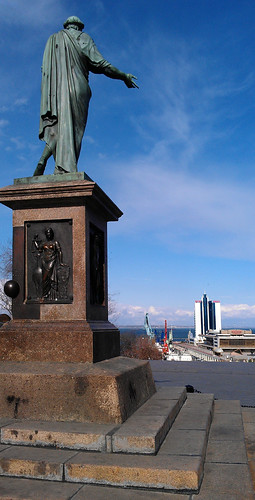 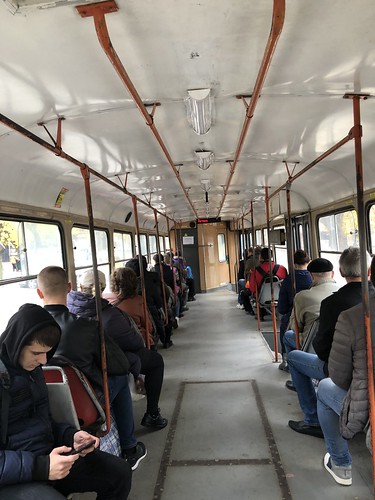 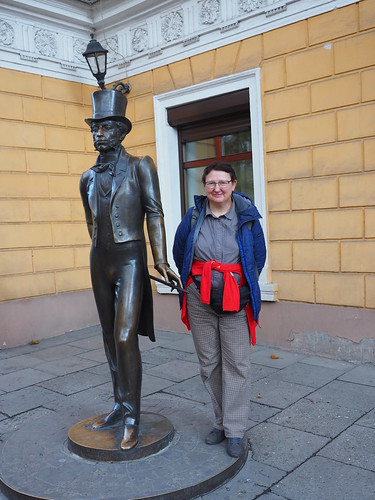 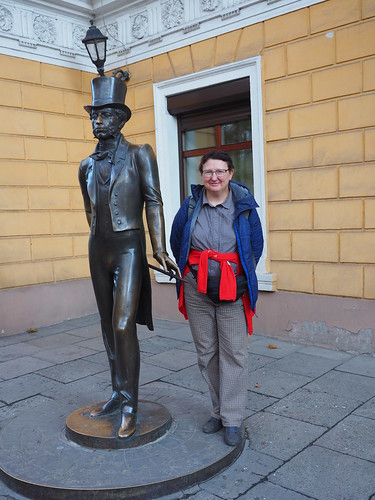 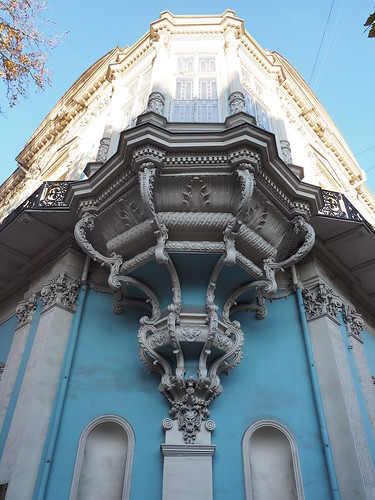 Odessa (Russian: Оде́сса [ɐˈdʲesə]) or Odesa (Ukrainian: Оде́са [oˈdɛsɐ] ) is the third most populous city of Ukraine and a major tourism center, seaport and transport hub located in the south-west of the country, on the northwestern shore of the Black Sea. The city is also the administrative center of the Odessa Raion and Odessa Oblast, as well a multiethnic cultural center. Odessa is sometimes called the "pearl of the Black Sea", the "South Capital" (under the Russian Empire and Soviet Union), "The Humor Capital" and "Southern Palmyra".
Before the Tsarist establishment of Odessa, an ancient Greek settlement existed at its location. A more recent Tatar settlement was also founded at the location by Hacı I Giray, the Khan of Crimea in 1440 that was named after him as Hacibey (or Khadjibey). After a period of Lithuanian Grand Duchy control, Hacibey and surroundings became part of the domain of the Ottomans in 1529 and remained there until the empire's defeat in the Russo-Turkish War of 1792.
In 1794, the city of Odessa was founded by a decree of the Russian empress Catherine the Great. From 1819 to 1858, Odessa was a free port—a porto-Franco. During the Soviet period, it was the most important port of trade in the Soviet Union and a Soviet naval base. On 1 January 2000, the Quarantine Pier at Odessa Commercial Sea Port was declared a free port and free economic zone for a period of 25 years.