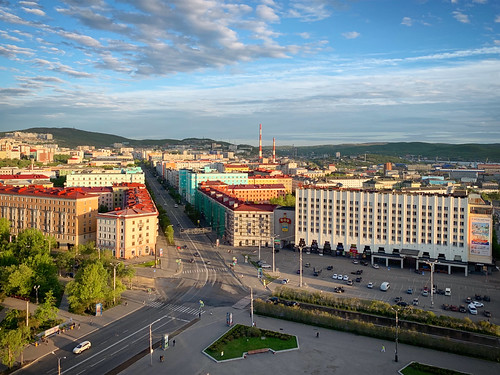 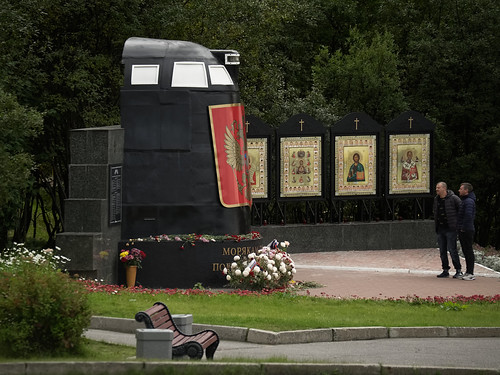 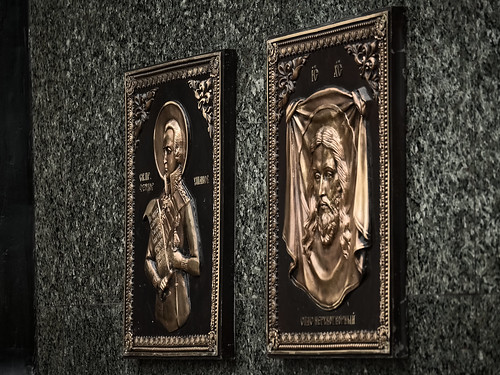 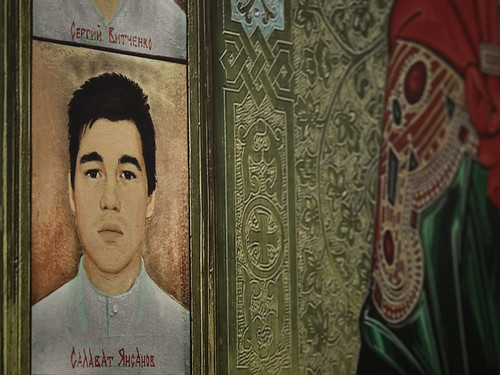 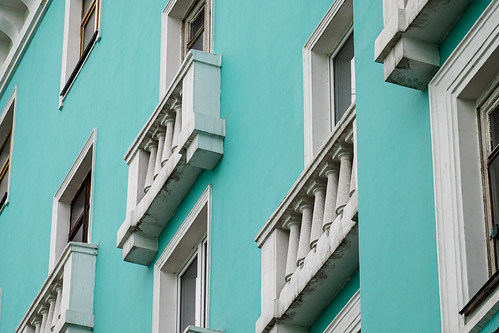 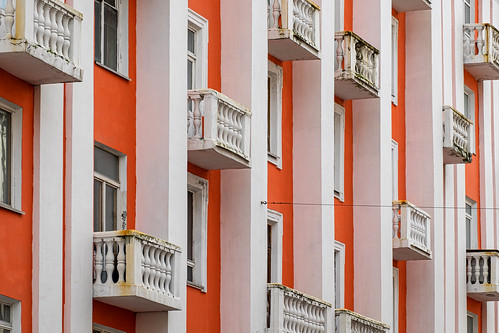 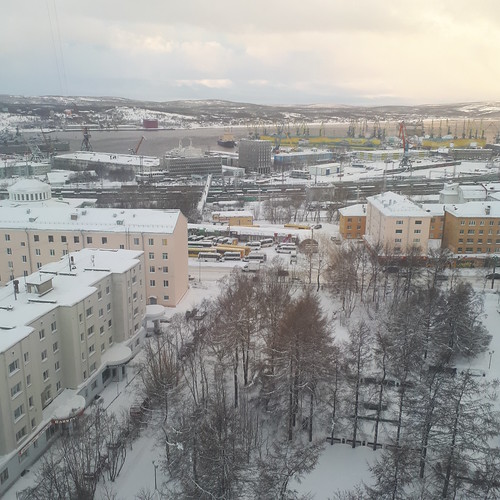 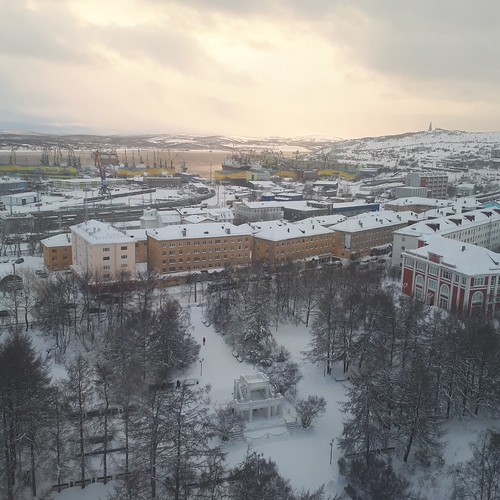 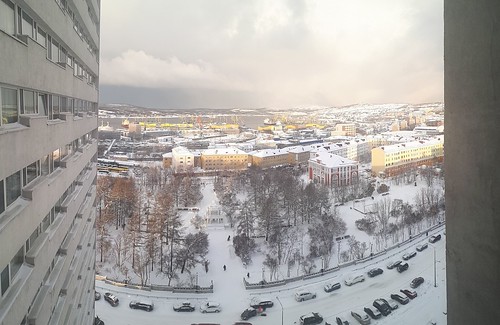 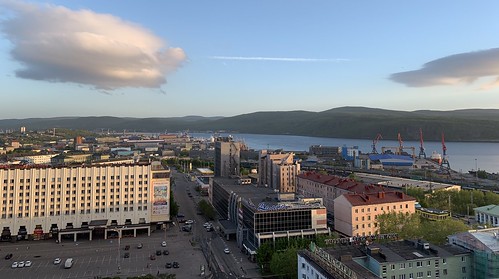 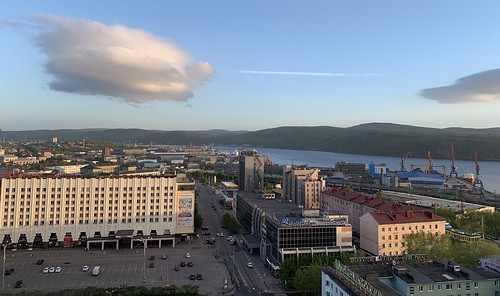 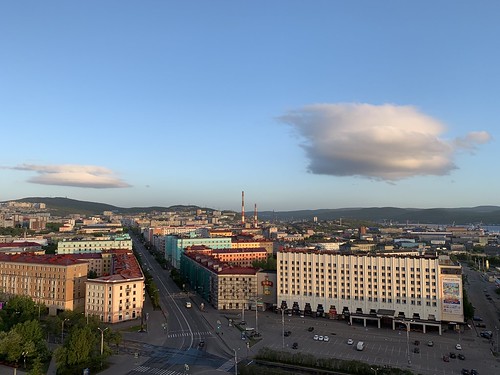 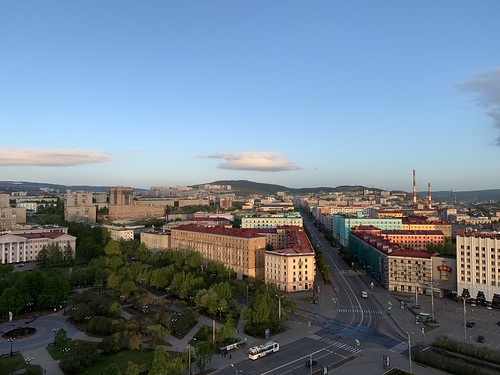 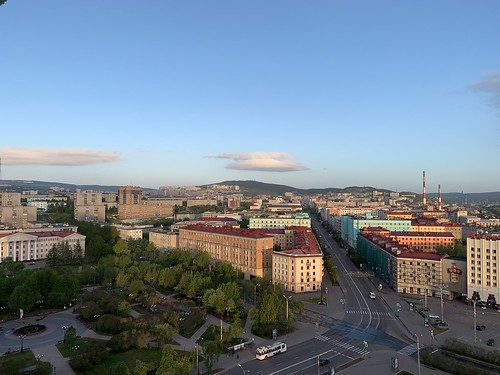 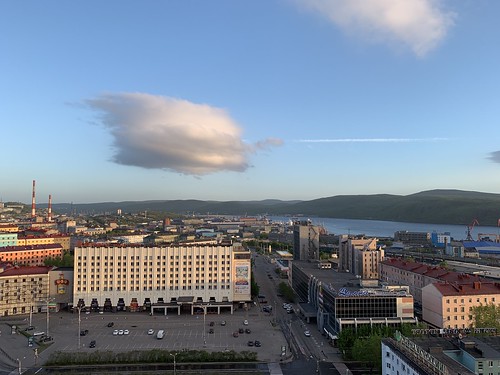 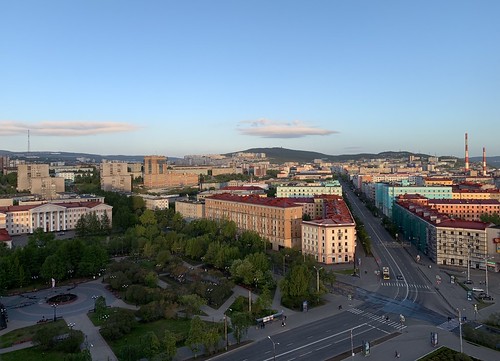 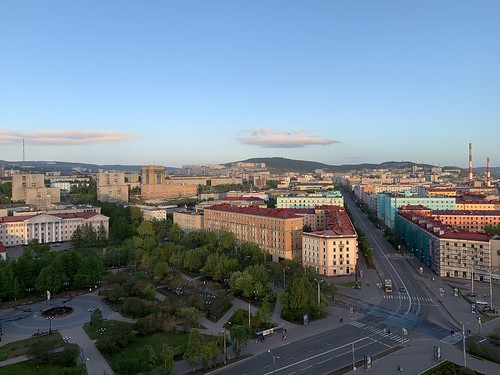 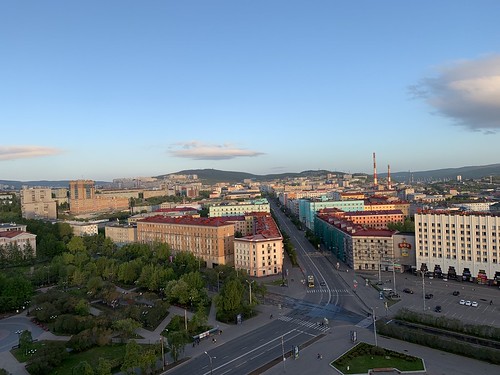 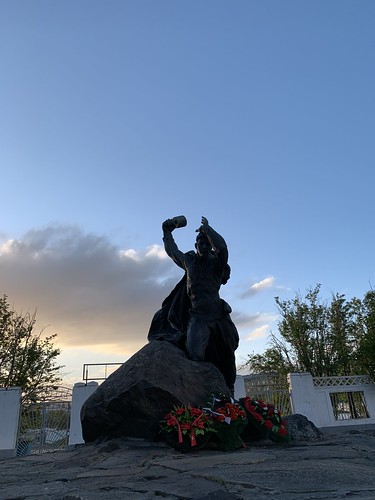 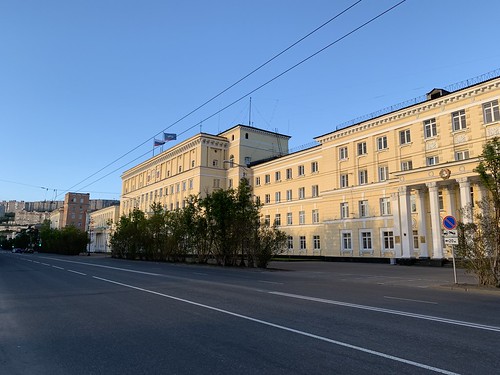 Murmansk (Russian: Му́рманск, IPA: [ˈmurmənsk]) is a port city and the administrative center of Murmansk Oblast in the far northwest part of Russia. It sits on both slopes and banks of a modest ria or fjord, Kola Bay, an estuarine inlet of the Barents Sea. Its bulk is on the east bank of the inlet. It is in the north of the rounded Kola Peninsula which covers most of the oblast. The city is 108 kilometres (67 mi) from the border with Norway and 182 kilometres (113 mi) from the Finnish border. The city is named for the Murman Coast, which is in turn derived from an archaic term in Russian for "Norwegian".
Benefiting from the North Atlantic Current, Murmansk resembles cities of its size across western Russia, with highway and railway access to the rest of Europe, and the northernmost trolleybus system on Earth. It lies over 2° north of the Arctic Circle. Its connectivity contrasts to the isolation of Arctic ports like the Siberian Dikson on the shores of the Kara Sea and Iqaluit, Nunavut in Canada on Baffin Island's Frobisher Bay off the Davis Strait. Despite long, snowy winters, Murmansk's climate is moderated by the generally ice-free waters around it.