Mazār-i-Sharīf (Dari/Pashto: مزار شریف ; [mæˈzɒːre ʃæˈriːf]), also called Mazār-e Sharīf, or just Mazar, is the fourth-largest city of Afghanistan, with a population estimate of 500,207 people. It is the capital of Balkh province and is linked by highways with Kunduz in the east, Kabul in the southeast, Herat in the southwest and Termez, Uzbekistan in the north. It is about 55 km (34 mi) from the Uzbek border. The city is also a tourist attraction because of its famous shrines as well as the Islamic and Hellenistic archeological sites. The ancient city of Balkh is also nearby.
The region around Mazar-i-Sharif has been historically part of Greater Khorasan and was controlled by the Tahirids followed by the Saffarids, Samanids, Ghaznavids, Ghurids, Ilkhanates, Timurids, and Khanate of Bukhara until 1751 when it became part of the Durrani Empire (although under autonomous emirs). Eventually the city passed to a few local rulers before becoming part of Afghanistan in 1849.
Mazar-i-Sharif is the regional hub of northern Afghanistan, located in close proximity to both Uzbekistan and Tajikistan. It is also home to an international airport. It has the highest percentage of built-up land (91%) of all the Afghan provincial capitals, and it has additional built-up area extending beyond the municipal boundary but forming a part of the larger urban area. 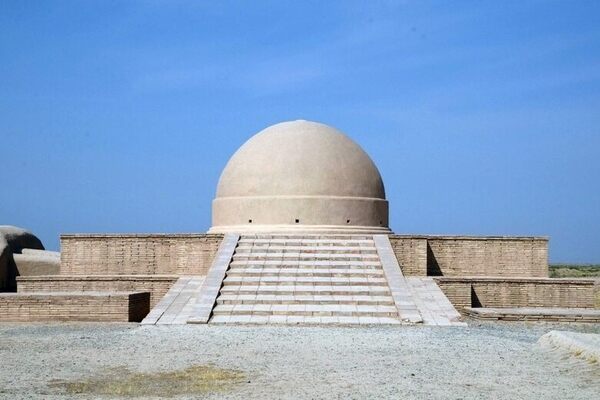 Discover Fayaz Tepe in Kaftarhana, Uzbekistan: The foundation of this ancient stupa dates back to the 1st-century.