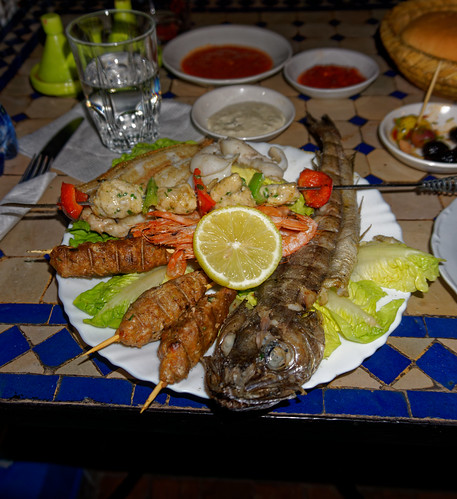 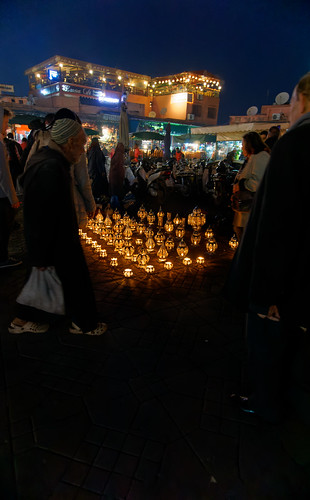 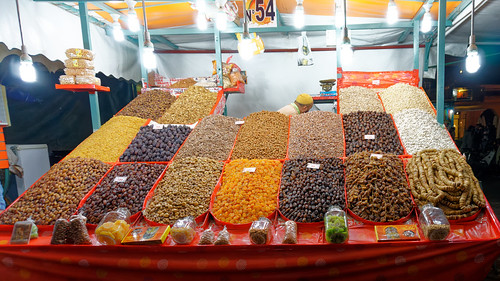 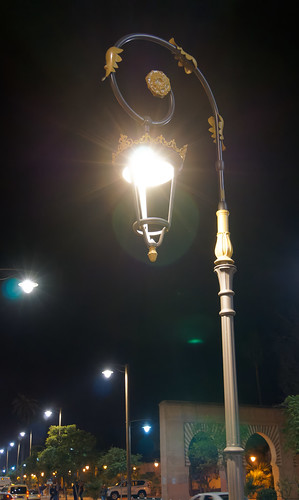 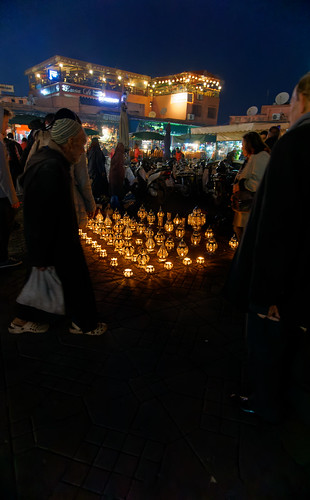 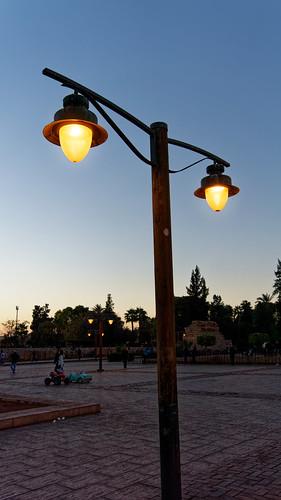 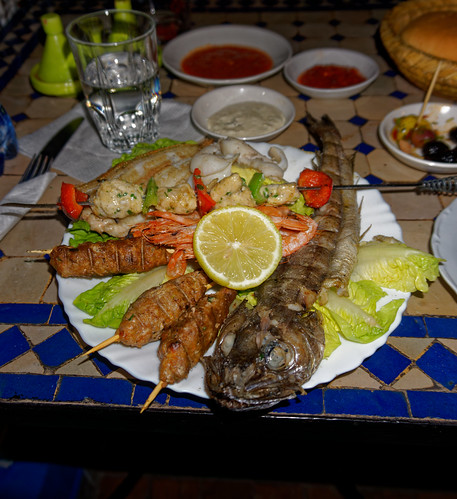 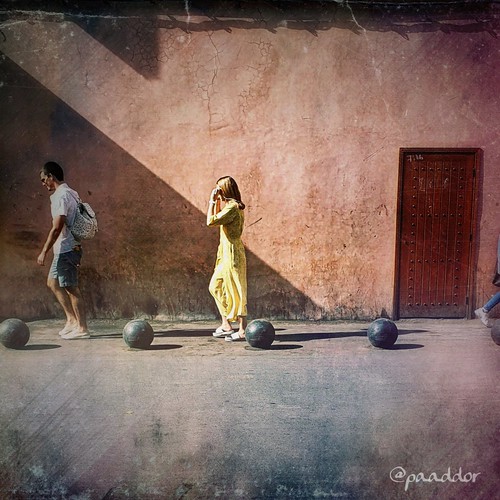 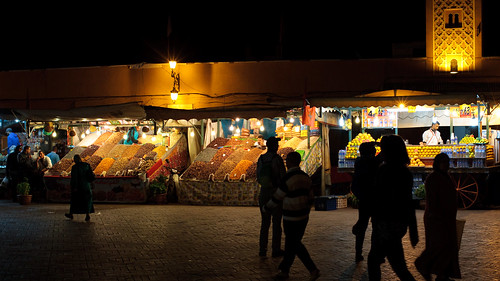 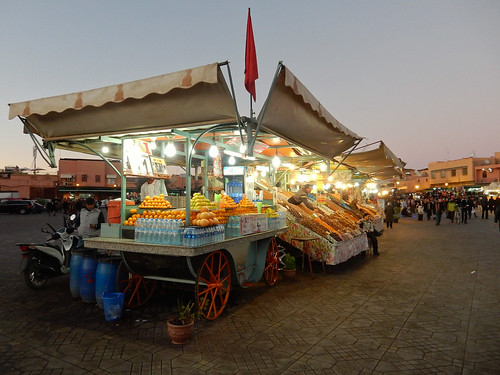 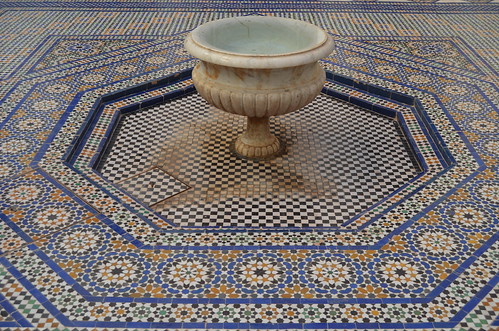 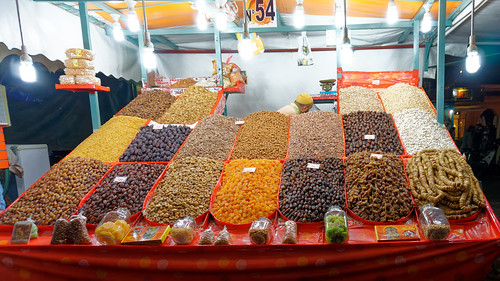 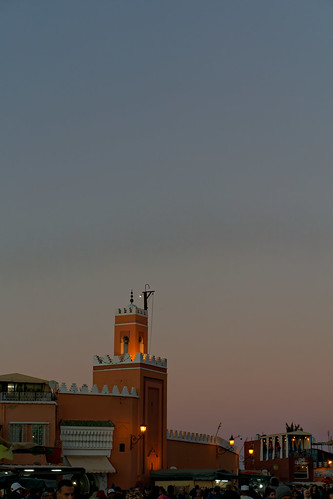 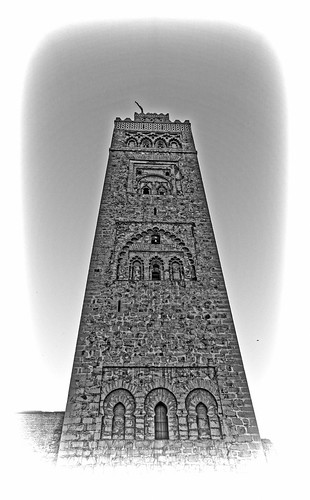 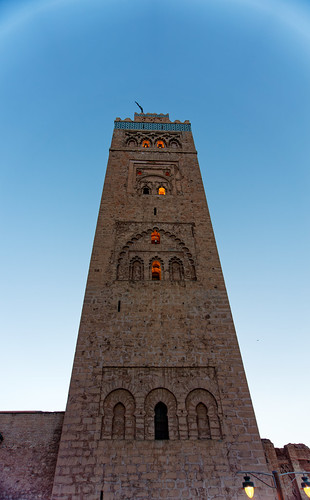 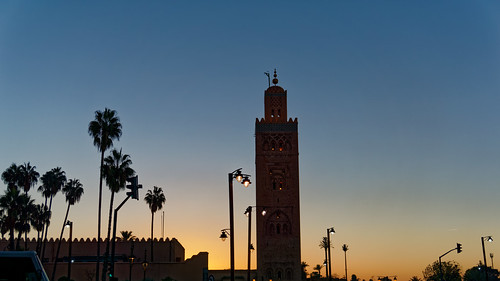 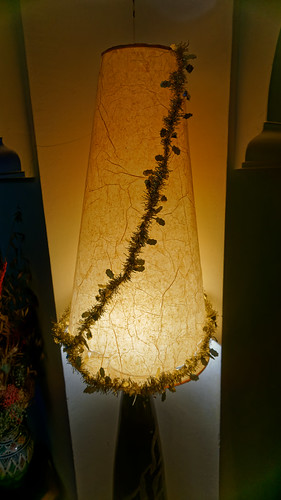 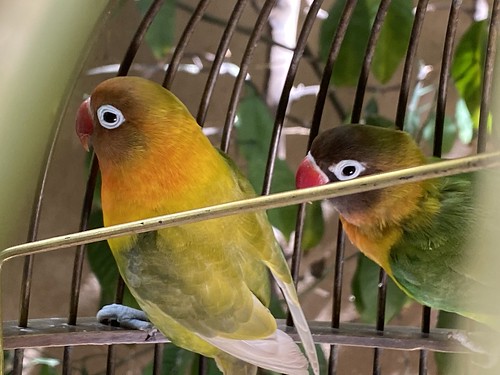 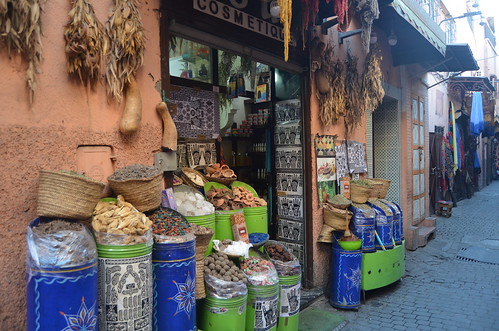 The Kutubiyya Mosque (Arabic: جامع الكتبية‎ Arabic pronunciation: [jaːmiʕu‿lkutubijːa(h)]) or Koutoubia Mosque is the largest mosque in Marrakesh, Morocco. The mosque's name is also variably rendered as Jami' al-Kutubiyah, Kutubiya Mosque, Kutubiyyin Mosque, and Mosque of the Booksellers. It is located in the southwest medina quarter of Marrakesh, near the famous public place of Jemaa el-Fna, and is flanked by large gardens.
The mosque was founded in 1147 by the Almohad caliph Abd al-Mu'min right after he conquered Marrakesh from the Almoravids. A second version of the mosque was entirely rebuilt by Abd al-Mu'min around 1158, with Ya'qub al-Mansur possibly finalizing construction of the minaret around 1195. This second mosque is the structure that stands today. It is considered a classic and important example of Almohad architecture and of Moroccan mosque architecture generally. The minaret tower, 77 metres (253 ft) in height, is decorated with varying geometric arch motifs and topped by a spire and metal orbs. It likely inspired other buildings such as the Giralda of Seville and the Hassan Tower of Rabat, which were built shortly after in the same era. The minaret is also considered an important landmark and symbol of Marrakesh.