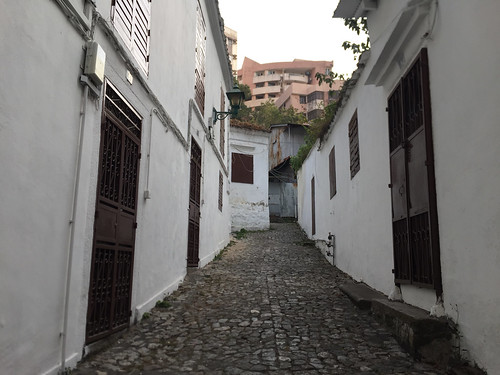 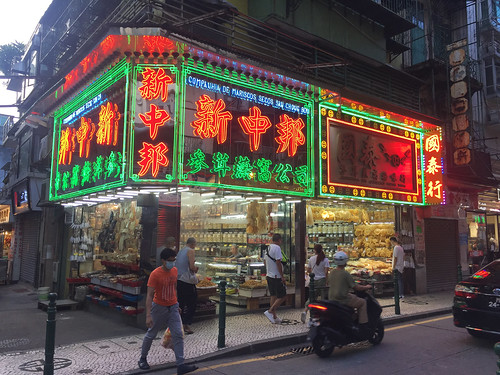 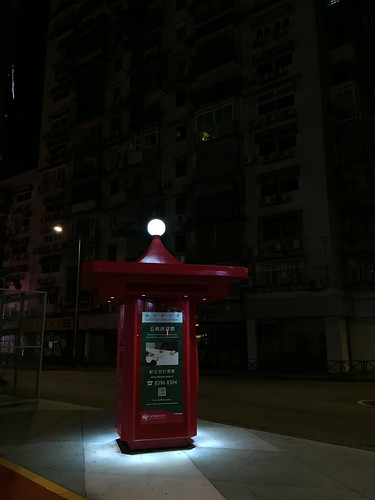 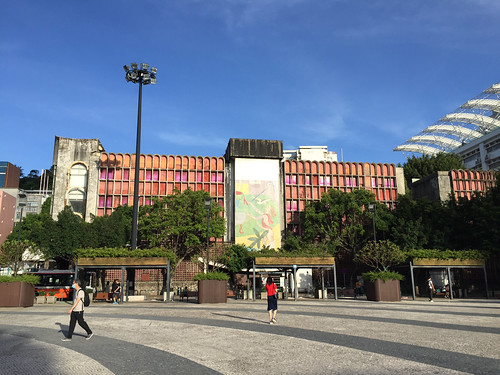 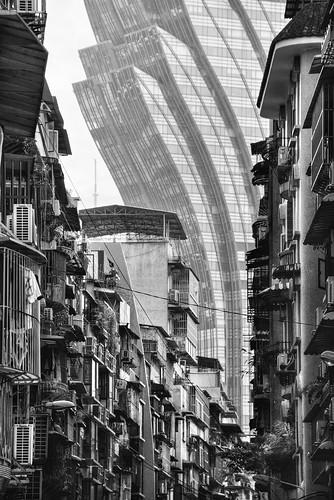 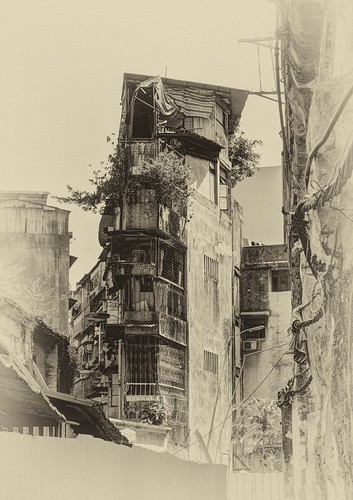 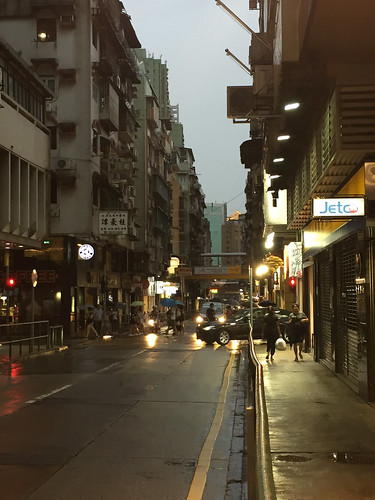 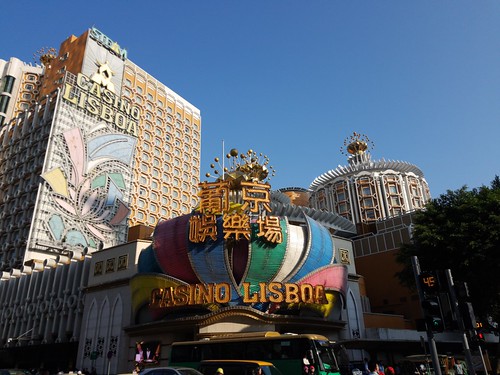 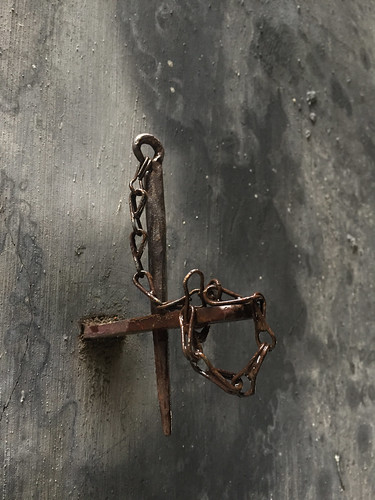 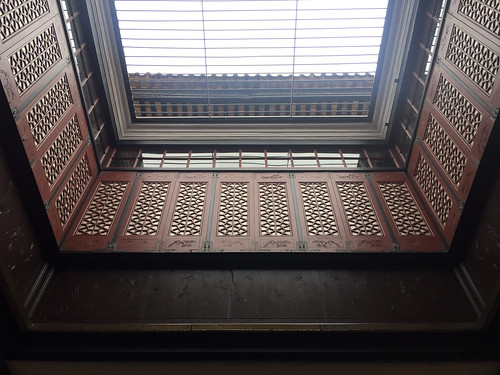 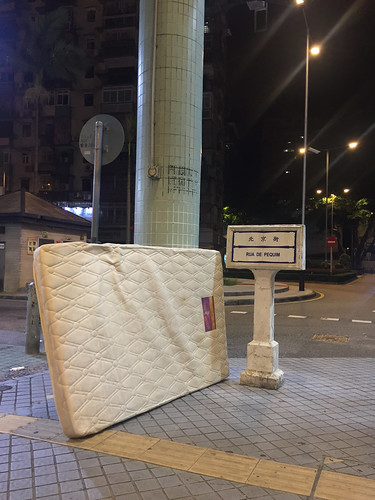 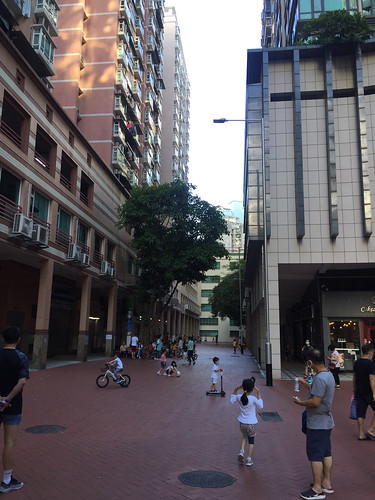 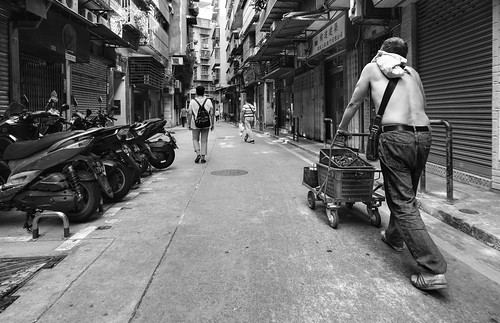 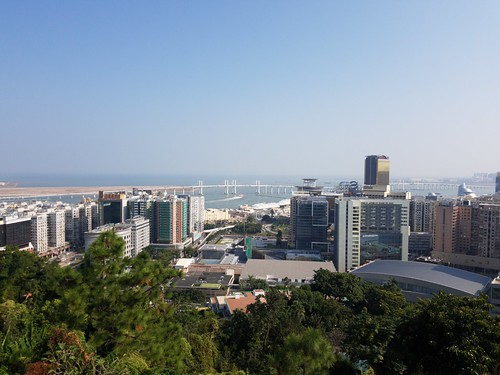 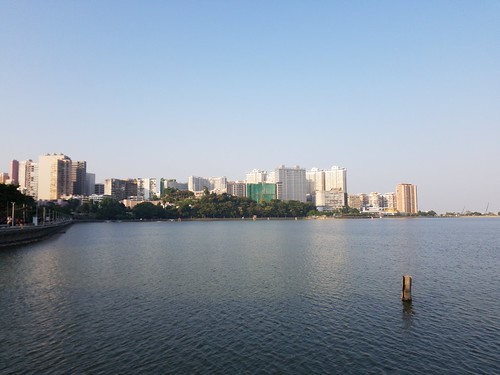 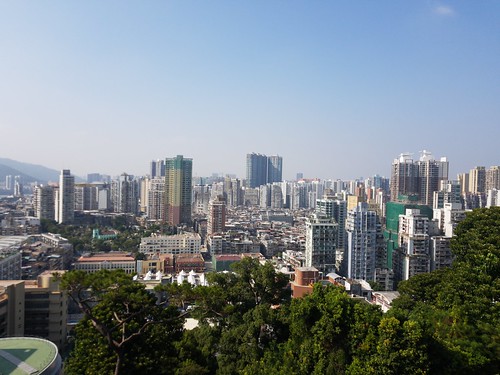 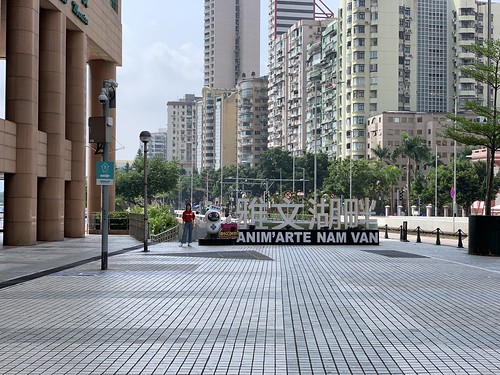 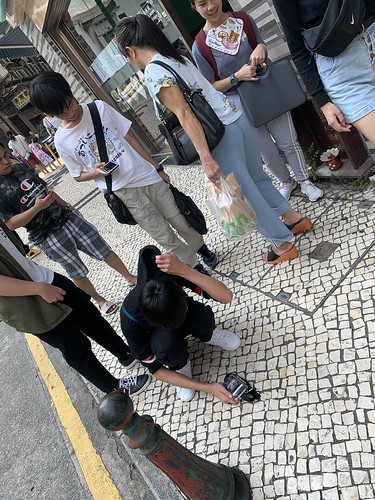 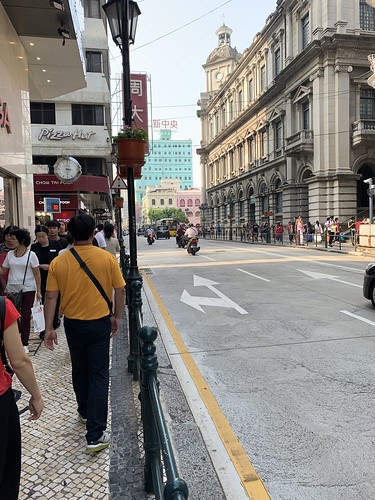 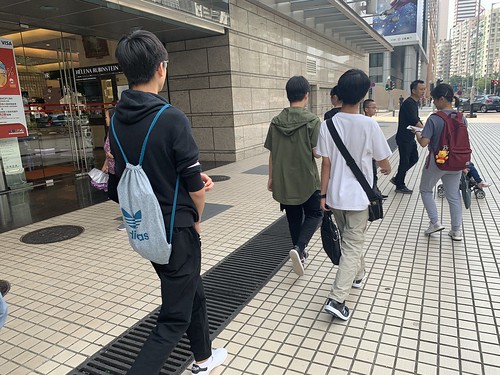 Macau ( ; 澳門, Cantonese: [ōu.mǔːn]; Portuguese: [mɐˈkaw]), also spelled Macao and officially the Macao Special Administrative Region of the People's Republic of China (MSAR) (Chinese: 中華人民共和國澳門特別行政區, Portuguese: Região Administrativa Especial de Macau da República Popular da China (RAEM)), is a city and special administrative region of the People's Republic of China in the western Pearl River Delta by the South China Sea. With a population of about 680,000 and an area of 32.9 km2 (12.7 sq mi), it is the most densely populated region in the world.
Formerly a colony of the Portuguese Empire, the territory of Portuguese Macau was leased to Portugal as a trading post by the Ming dynasty in 1557. Portugal paid an annual rent and administered the territory under Chinese sovereignty until 1887, when it gained perpetual colonial rights in the Sino-Portuguese Treaty of Peking. The colony remained under Portuguese rule until 1999, when it was transferred to China. Macau is a special administrative region of China, which maintains separate governing and economic systems from those of mainland China under the principle of "one country, two systems". The unique blend of Portuguese and Cantonese architecture in the city's historic center led to its inscription on the UNESCO World Heritage List in 2005.Originally a sparsely populated collection of coastal islands, the territory has become a major resort city and a top destination for gambling tourism, with a gambling industry seven times larger than that of Las Vegas. The city has one of the highest per capita incomes in the world, and its GDP per capita by purchasing power parity is one of the highest in the world; however, income inequality remains high. It has a very high Human Development Index, as calculated by the Macau government, and the fourth-highest life expectancy in the world. The territory is highly urbanized; two-thirds of the total land area is built on land reclaimed from the sea.