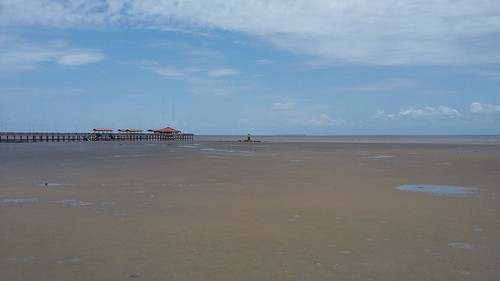 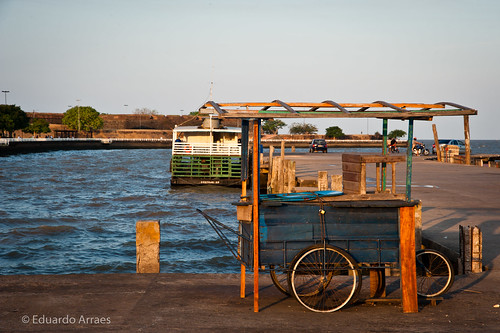 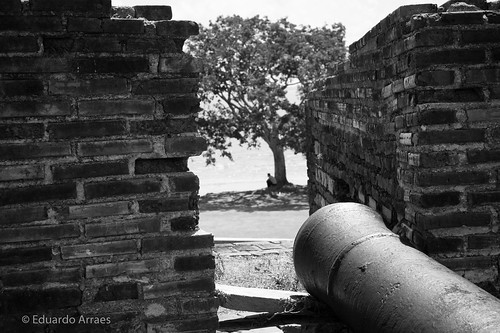 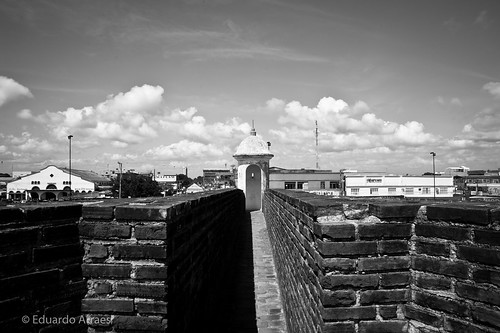 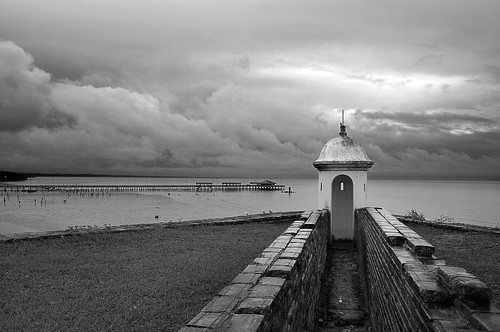 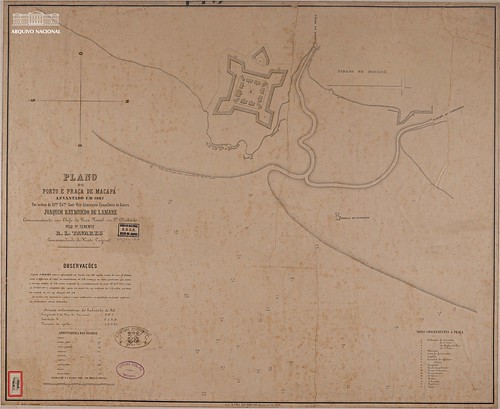 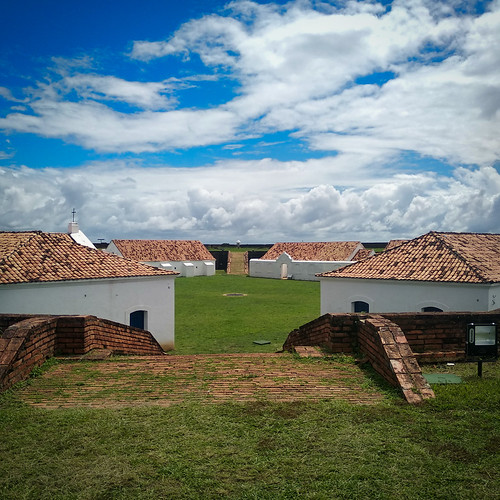 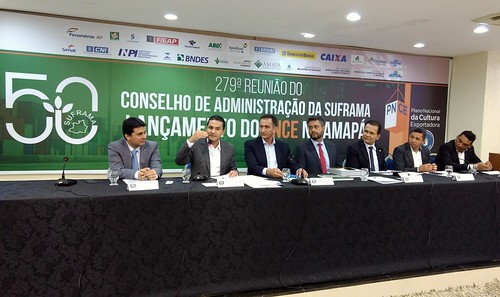 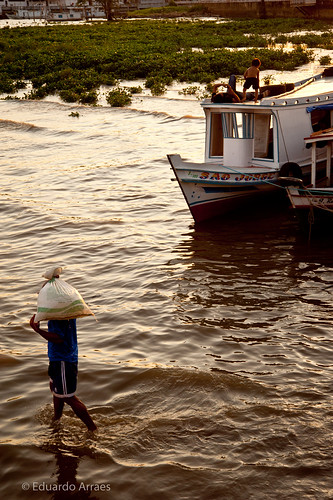 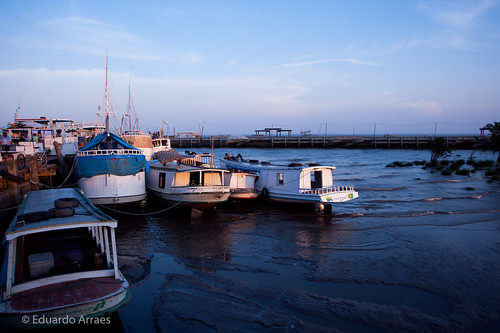 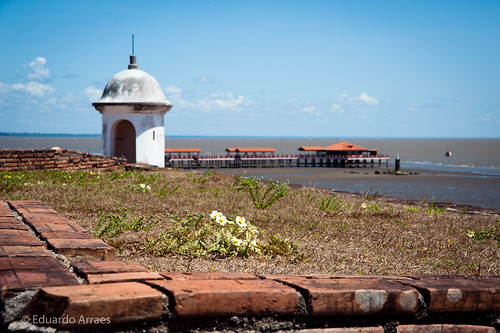 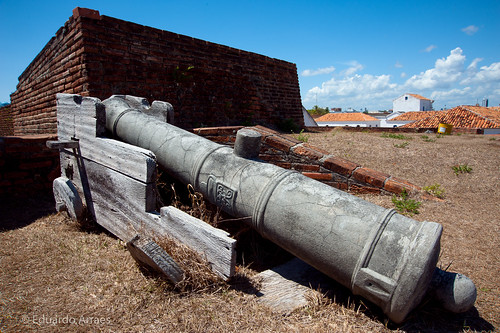 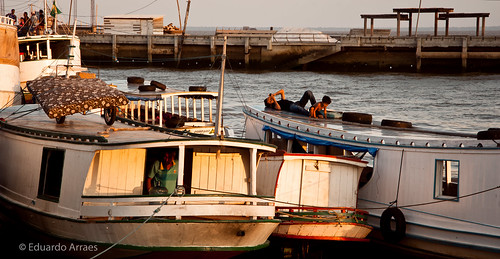 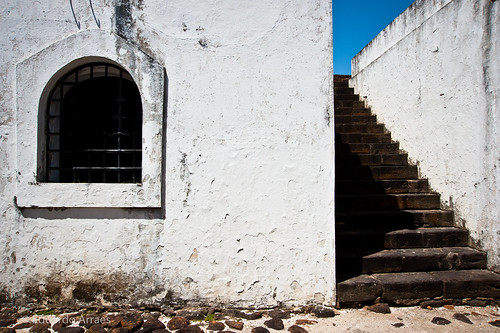 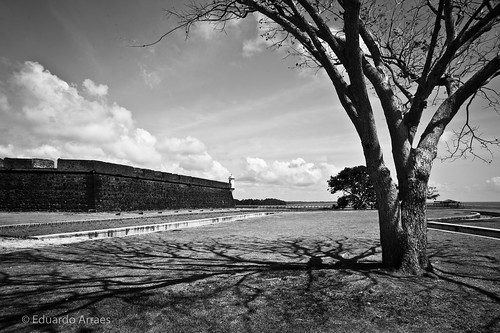 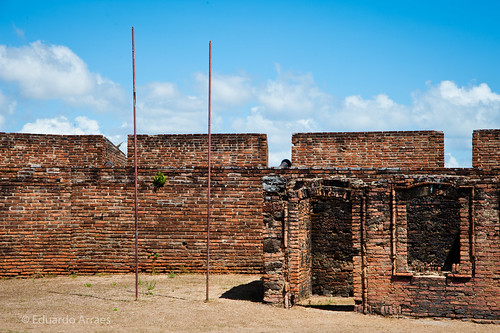 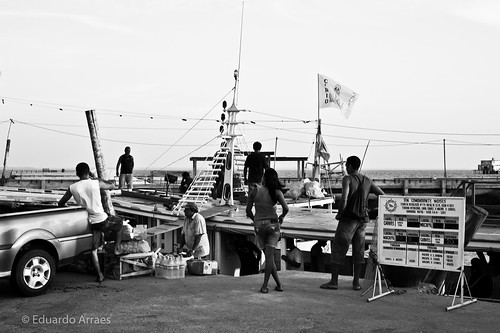 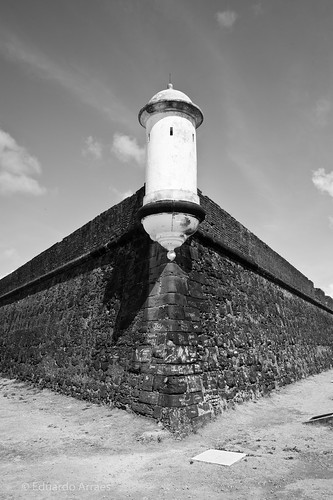 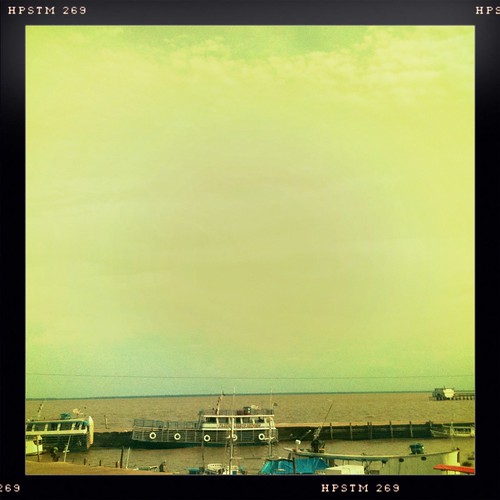 Macapá (Portuguese pronunciation: [makaˈpa]) is a city in Brazil with a population of 493,634 (2018 estimation). It is the capital of Amapá state in the country's North Region. It is located on the northern channel of the Amazon River near its mouth on the Atlantic Ocean. The city is on a small plateau on the Amazon in the southeast of the state of Amapá. The only access by road from outside the province is from French Guiana, although there are regular ferries to Belem, Brazil. Macapá is linked by road with some other cities in Amapá. The equator runs through the middle of the city, leading residents to refer to Macapá as "The capital of the middle of the world." It covers 6,407.12 square kilometres (2,473.80 sq mi) and is located northwest of the large inland island of Marajó and south of the border with French Guiana.