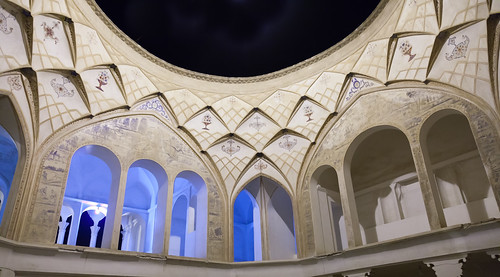 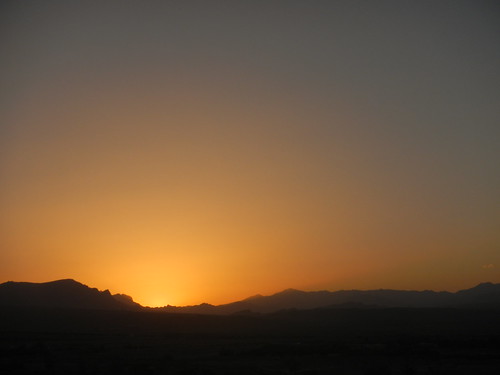 Kashan (Persian: کاشان‎; also romanized as Kāshān) is a city in the northern part of Isfahan province, Iran. At the 2017 census, its population was 396,987 in 90,828 families.Some etymologists argue that the city name comes from the Kasian, the original inhabitants of the city, whose remains are found at Tapeh Sialk dating back 9,000 years; later this was changed to "Kashian", hence the town name. Between the 12th and the 14th centuries Kashan was an important centre for the production of high quality pottery and tiles. In modern Persian, the word for a tile (kashi) comes from the name of the town.
Kashan is divided into two parts, mountainous and desert. In the west side, Kashan is cited in the neighbourhood of two of highest peaks of Karkas chain, Mount Gargash to the southwest of Kashan (the home of Iran national observatory, the largest astronomical telescope of Iran) and Mount Ardehaal in the west of Kashan, also known as "Damavand of Kashan" and the highest peak of Ardehaal mountains (end part of Karkas chain in central Iran).
In the east side of the city Kashan opens up to the central desert of Iran. Kashan is also known for Maranjab Desert and Caravanserai located near the namak lake (or salt lake). Today Maranjab and the surrounding Shifting Sands is a visitor destination at the weekends for safaris.
On August 9, 2007 Iran placed the Historical Axis of Fin, Sialk, Kashan on its Tentative List for possible future nomination as a UNESCO World Heritage Site.