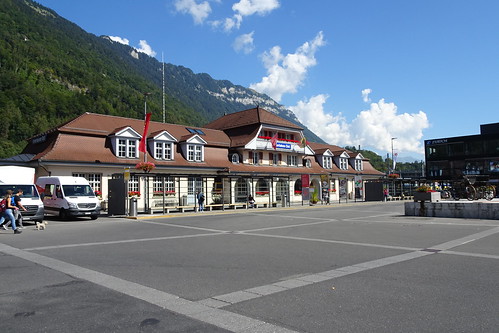 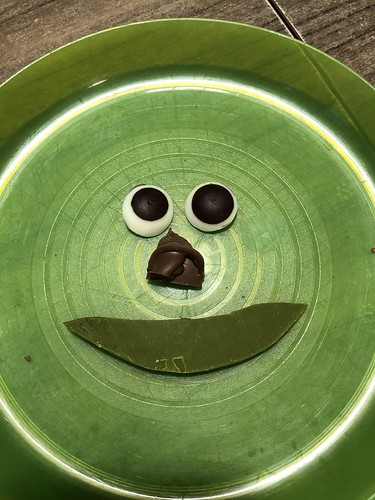 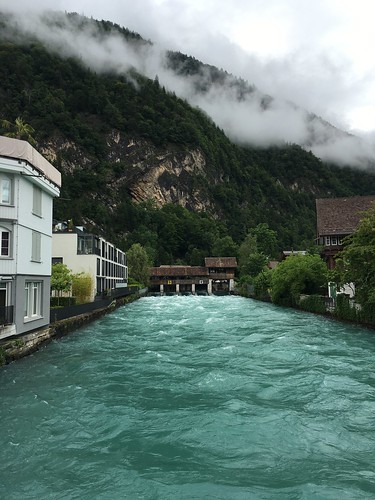 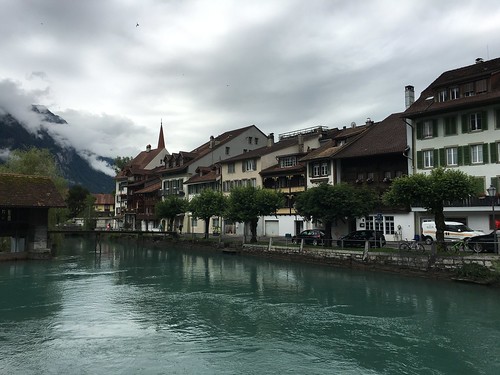 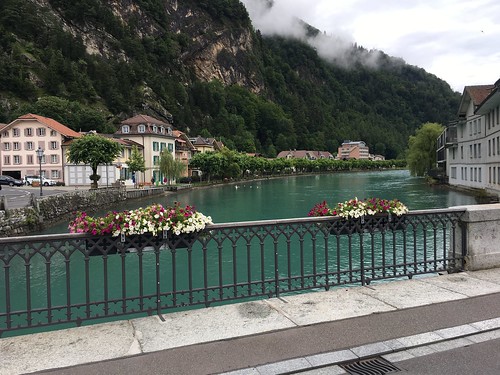 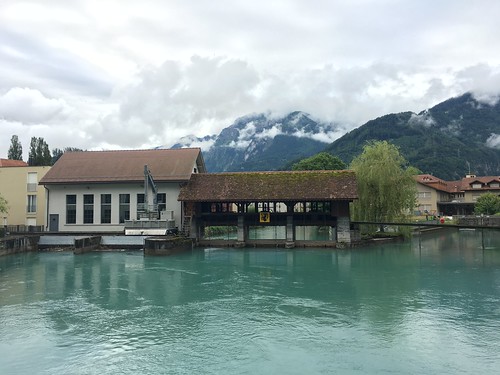 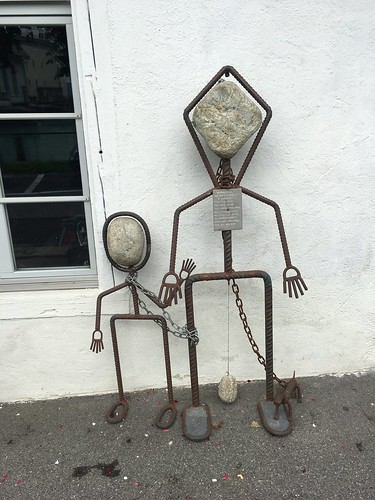 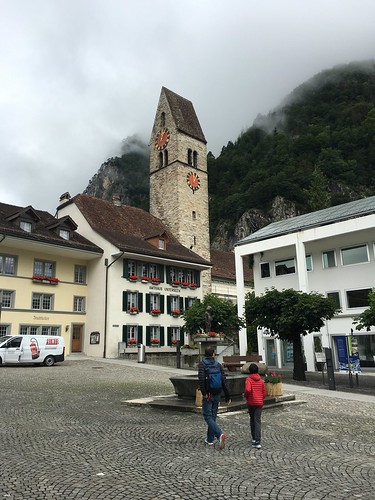 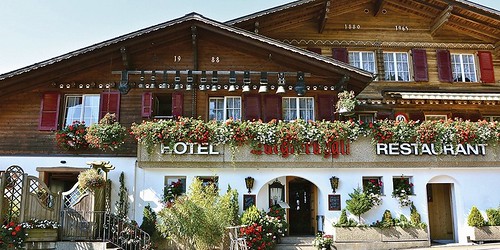 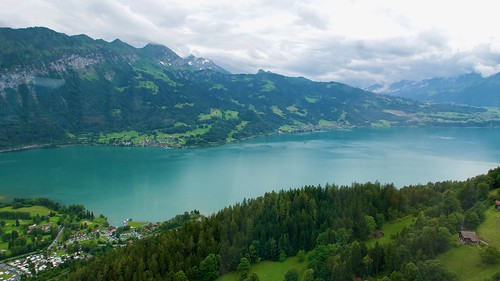 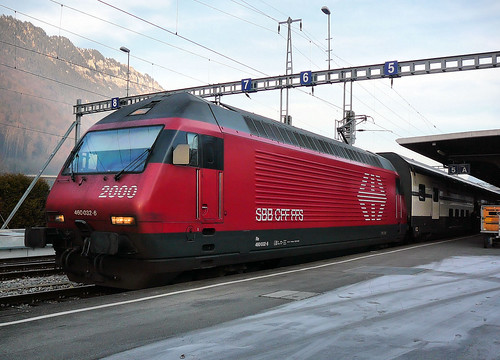 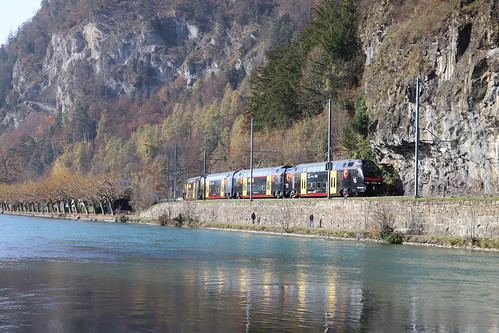 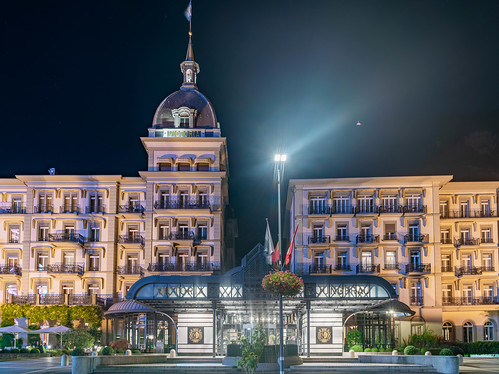 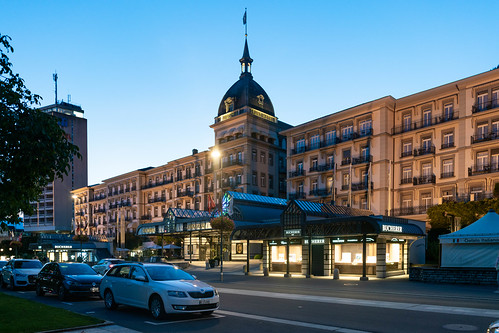 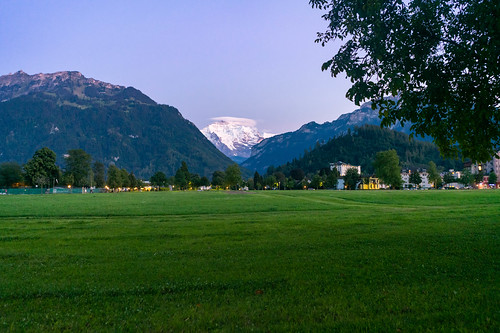 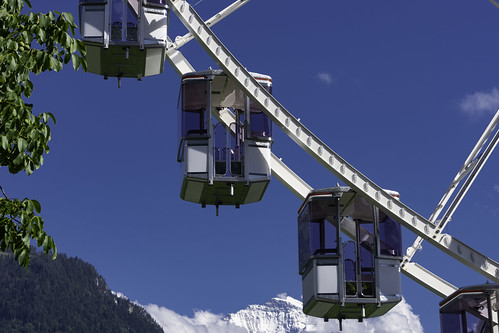 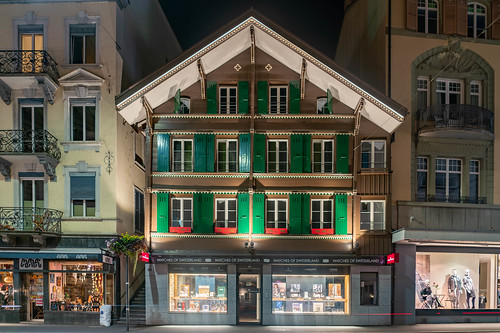 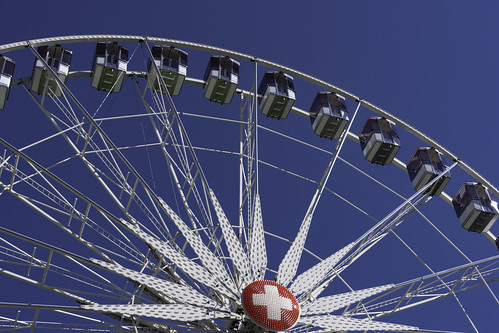 Interlaken (German pronunciation: [ˈɪntərlakn̩]; lit.: between lakes) is a Swiss town and municipality in the Interlaken-Oberhasli administrative district in the canton of Bern. It is an important and well-known tourist destination in the Bernese Oberland region of the Swiss Alps, and the main transport gateway to the mountains and lakes of that region.
The town is located on the flat alluvial land called Bödeli between two lakes, Brienz to the east and Thun to the west, and alongside the river Aare, which flows between them. Transport routes to the east and west alongside the lakes are complemented by a route southwards into the near mountain resorts and high mountains, e.g. the famous high Alpine peaks of Eiger, Mönch, and Jungfrau, following upwards the Lütschine.
Interlaken is the central town of a Small Agglomeration with the same name of 23,300 inhabitants.The official language of Intelaken is German, but the main spoken language is the local variant of the Alemannic Swiss German dialect, Bernese German.