Tsagaannuur is a sum of Khövsgöl aimag. The area is 5,410 km2. In 2000, Tsagaannuur had a population of 1,317 people, of which most identified themselves as Darkhad. There were 269 inhabitants who identified themselves as Tsaatan ethnicity. The sum center, officially named Gurvansaikhan , is located at the shore of Dood Tsagaan nuur, 279 km north-north-east of Mörön and 1048 km from Ulaanbaatar. 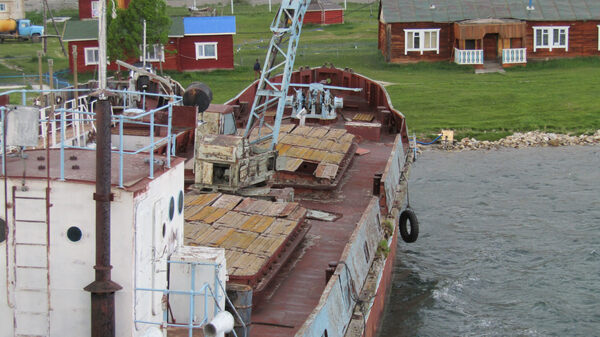 Discover Abandoned Petroleum Distribution Center in Hatgal, Mongolia: Traces of the thriving lake trade that once linked the Soviet Union with Mongolia.