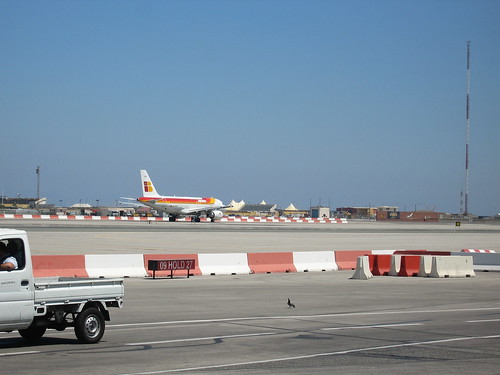 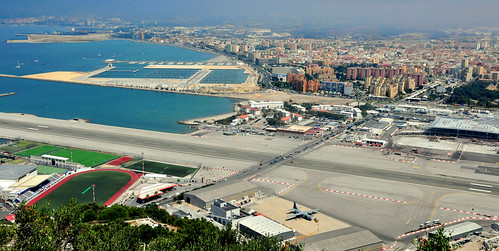 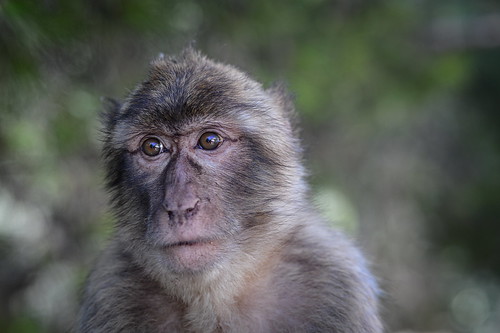 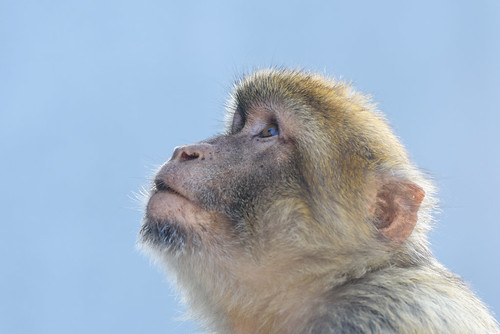 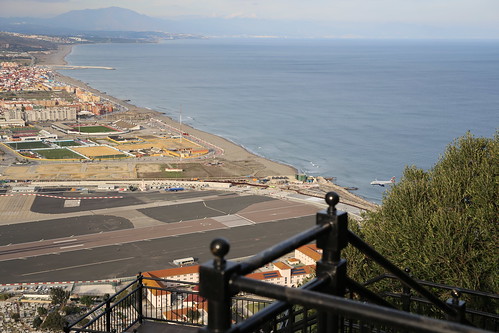 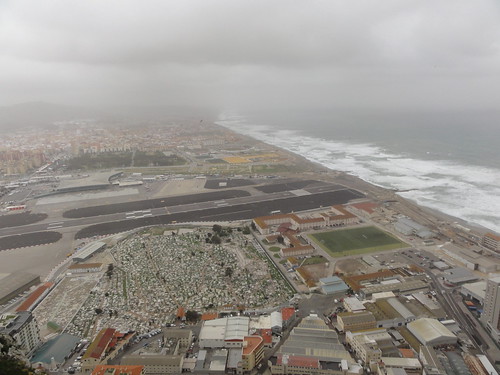 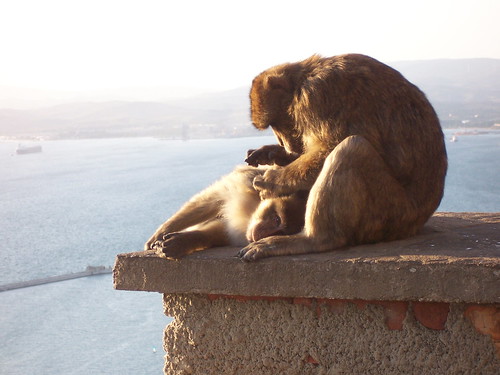 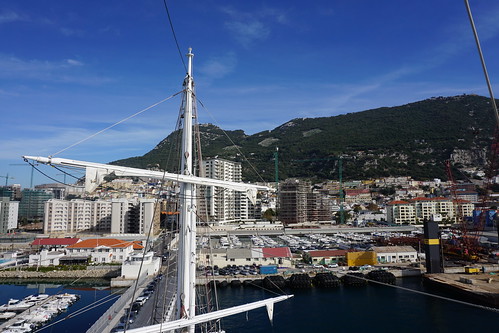 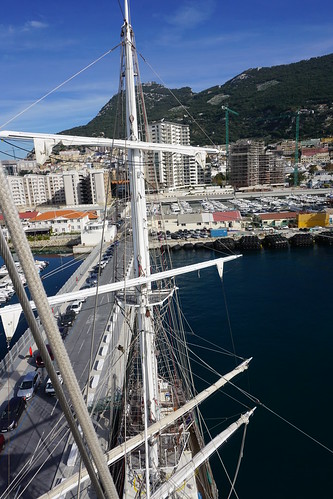 Gibraltar ( jih-BRAWL-tər, Spanish: [xiβɾalˈtaɾ]) is a British Overseas Territory located at the southern tip of the Iberian Peninsula. It has an area of 6.7 km2 (2.6 sq mi) and is bordered to the north by Spain. The landscape is dominated by the Rock of Gibraltar at the foot of which is a densely populated town area, home to over 32,000 people, primarily Gibraltarians.In 1704, Anglo-Dutch forces captured Gibraltar from Spain during the War of the Spanish Succession on behalf of the Habsburg claim to the Spanish throne. The territory was ceded to Great Britain in perpetuity under the Treaty of Utrecht in 1713. During the Napoleonic Wars and World War II it was an important base for the Royal Navy as it controlled the entrance and exit to the Mediterranean Sea, the Strait of Gibraltar, which is only 14.3 km (8.9 mi) wide at this naval choke point. It remains strategically important, with half the world's seaborne trade passing through the strait. Today Gibraltar's economy is based largely on tourism, online gambling, financial services and bunkering.The sovereignty of Gibraltar is a point of contention in Anglo-Spanish relations because Spain asserts a claim to the territory. Gibraltarians rejected proposals for Spanish sovereignty in a 1967 referendum and, in a 2002 referendum, the idea of shared sovereignty was also rejected.
On 31 January 2020, the UK and Gibraltar left the European Union. In December 2020, the UK and Spain agreed in principle to a basis on which the UK and the EU might negotiate terms for Gibraltar to participate in aspects of the Schengen Agreement.