Gdańsk is a city on the Baltic coast of northern Poland. With a population of 470,621, Gdańsk is the capital and largest city of the Pomeranian Voivodeship and the most prominent city in the geographical region of Pomerania. It is Poland’s principal seaport and the country’s fourth-largest metropolitan area.The city is situated at the southern edge of Gdańsk Bay, in a conurbation with the city of Gdynia, the resort town of Sopot, and suburban communities; these form a metropolitan area called the Tricity , with a population of approximately 1.5 million. Gdańsk lies at the mouth of the Motława River, connected to the Leniwka, a branch in the delta of the Vistula River, which drains 60 percent of Poland and connects Gdańsk with the Polish capital, Warsaw.
The city’s history is complex, with periods of Polish, Prussian and German rule, and periods of autonomy as a free city-state. An important shipbuilding port and trade point since the Middle Ages, in 1361 it became a member of the Hanseatic League which defined its economic, demographic and urban landscape for several centuries. From 1918 to 1939, Gdańsk lay in the disputed Polish Corridor between Poland and Germany; its ambiguous political status created tensions that culminated in the Invasion of Poland and the first clash of the Second World War at nearby Westerplatte. The contemporary city was shaped by extensive border changes, expulsions and new settlement in or after 1945. In the 1980s, Gdańsk was the birthplace of the Solidarity movement, which played a major role in bringing an end to Communism in Poland and helped precipitate the collapse of the Eastern Bloc, the fall of the Berlin Wall and the dissolution of the Warsaw Pact.
Gdańsk is home to the University of Gdańsk, Gdańsk University of Technology, the National Museum, the Gdańsk Shakespeare Theatre, the Museum of the Second World War, the Polish Baltic Philharmonic and the European Solidarity Centre.

A walk around Gdańsk 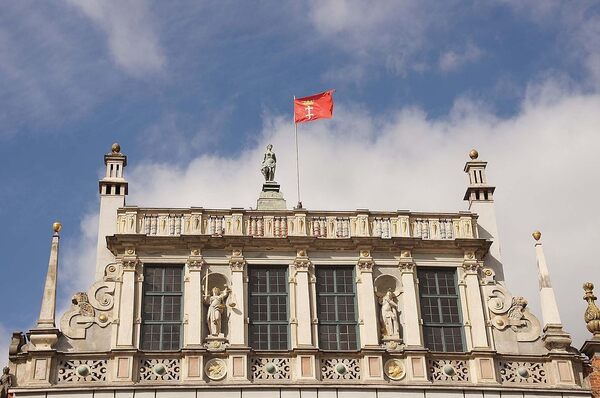 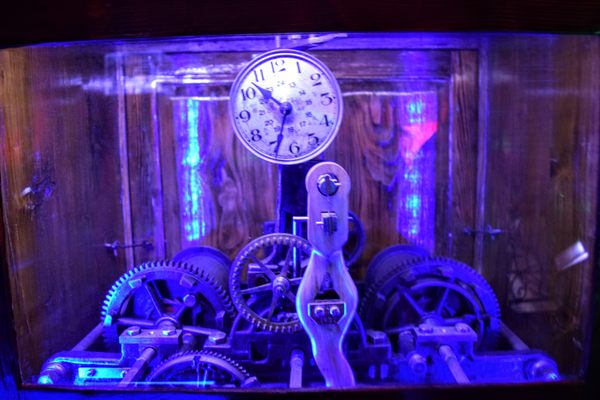 Discover Tower Clock Museum in Gdańsk, Poland: This museum in the tower of the oldest church in Gdańsk, is home to centuries-old time-keeping devices and the world's first pulsar clock. 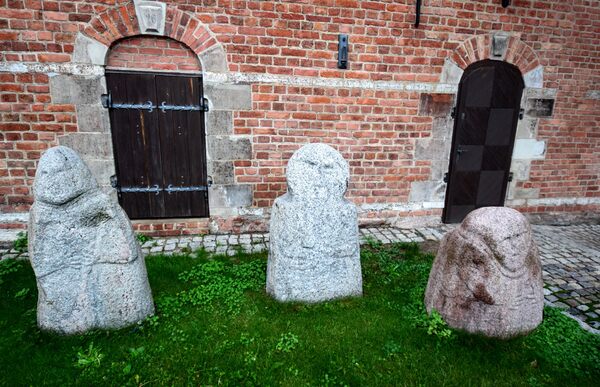 Discover Old Prussian Hags of Northern Pomerania in Gdańsk, Poland: These rare statues are one of the few remaining material witnesses to Old Prussian culture. 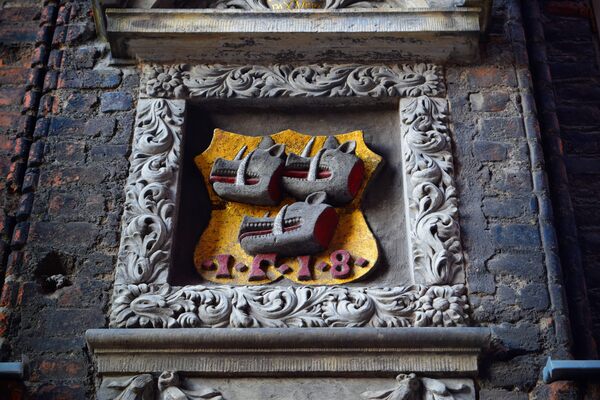 The Three Boar Heads of Gdańsk

Discover The Three Boar Heads of Gdańsk in Gdańsk, Poland: A mysterious emblem tucked in an small alleyway is actually the coat of arms of a heroic medieval family. 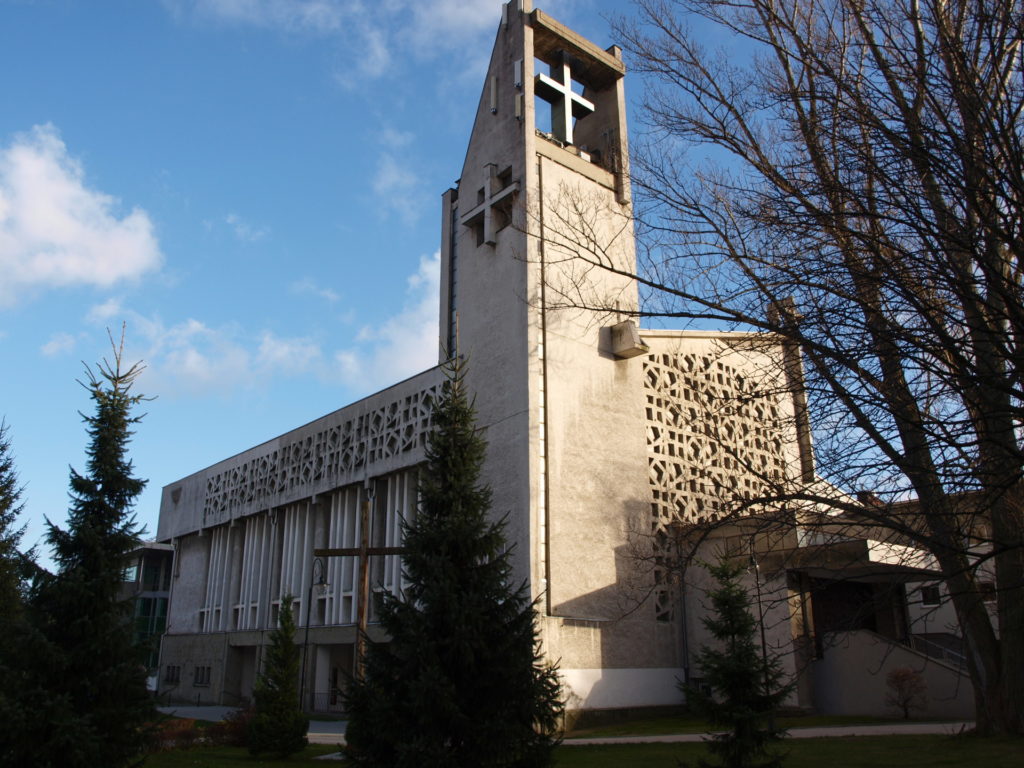 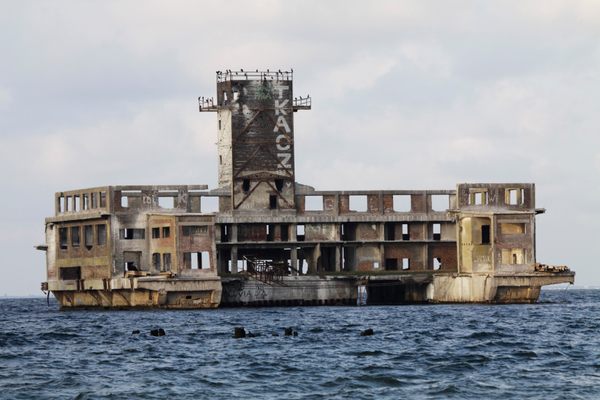 The Coffin-Shaped Church Where Monks Once Slept in Coffins 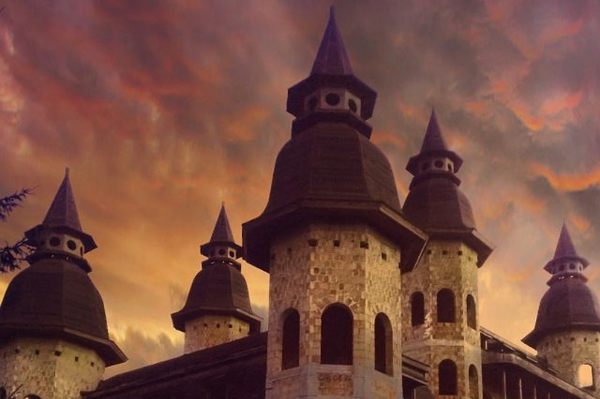 An Abandoned Castle Rots in Poland

Discover Łapalice Castle in Łapalice, Poland: This imposing 20th-century castle was abandoned before it was ever completed. 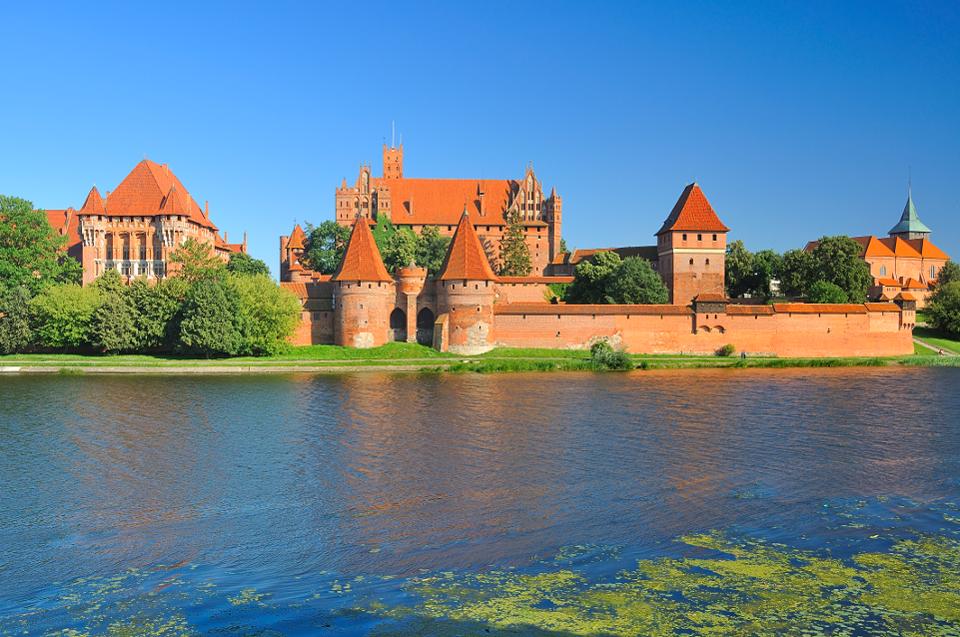 Discover Malbork Castle in Malbork, Poland: This 13th century Gothic brick castle is the largest in the world by surface area. 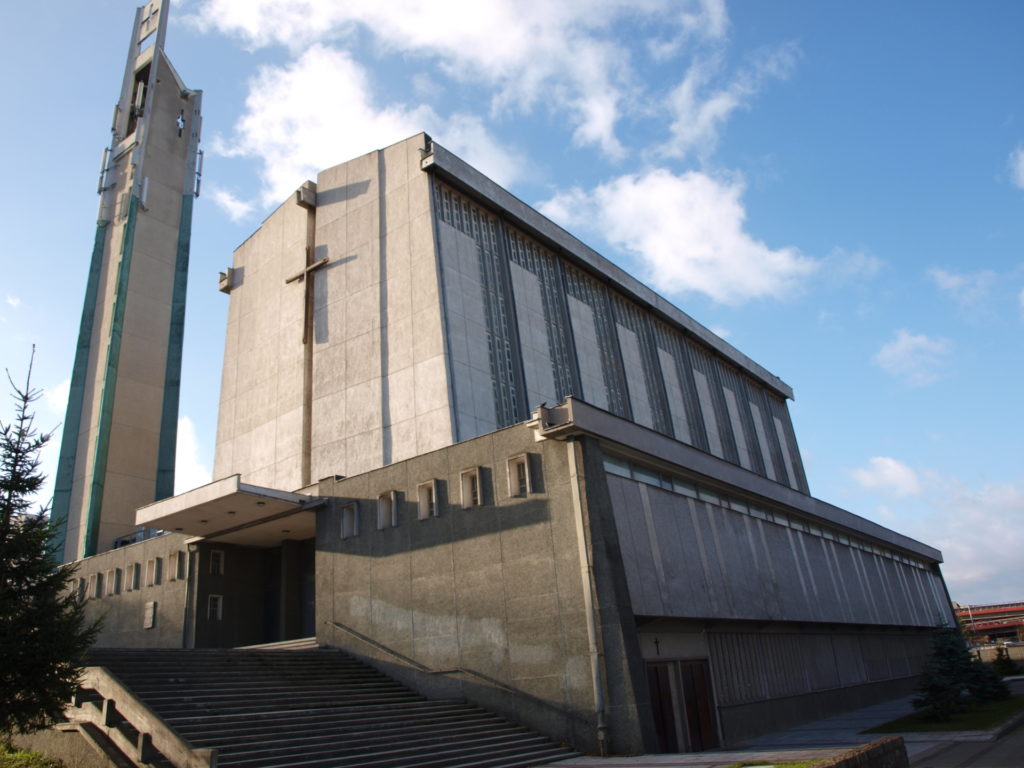 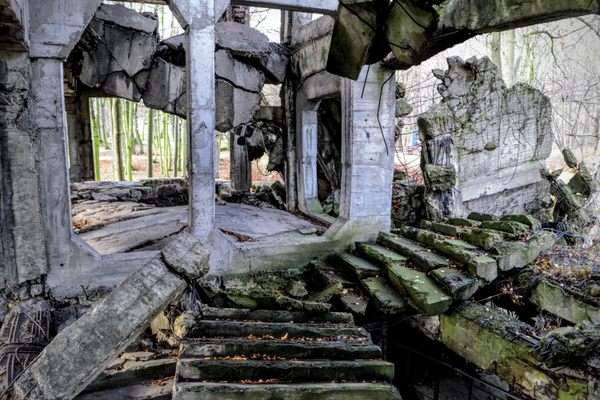 Discover Ruins at Westerplatte in Gdańsk, Poland: The site of the first battle of World War II. 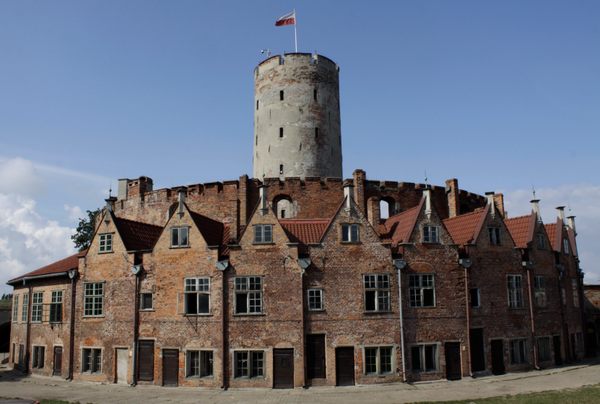 Discover Wisłoujście Fortress in Gdańsk, Poland: This 700-year-old structure is one of the most unique architectural and historic monuments in Gdańsk.