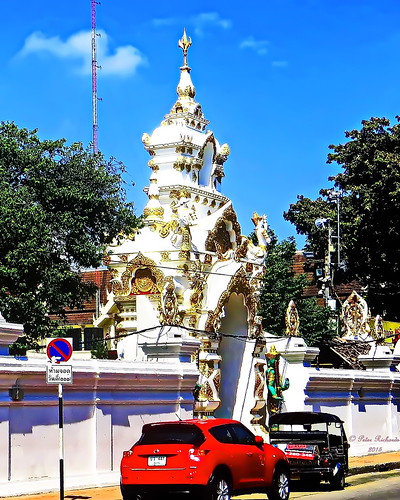 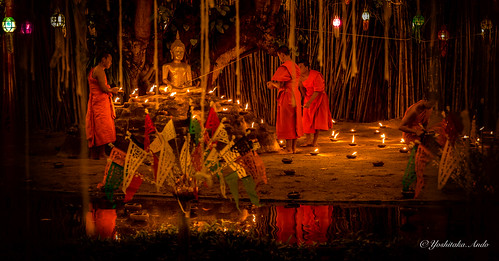 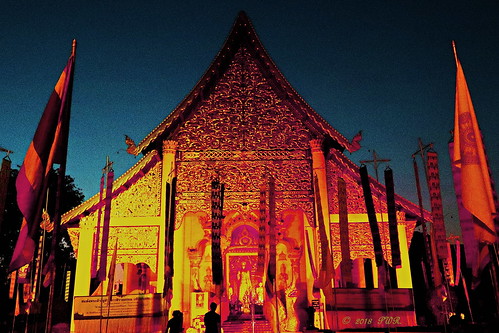 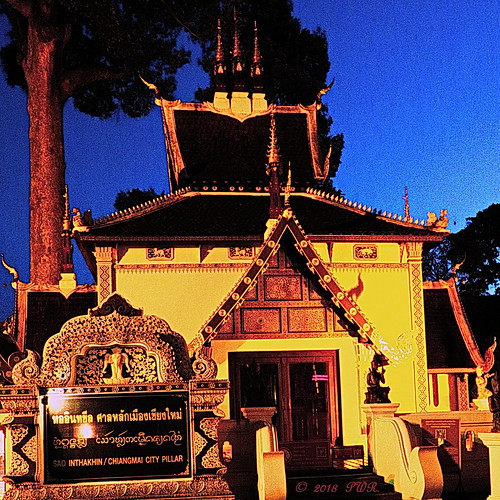 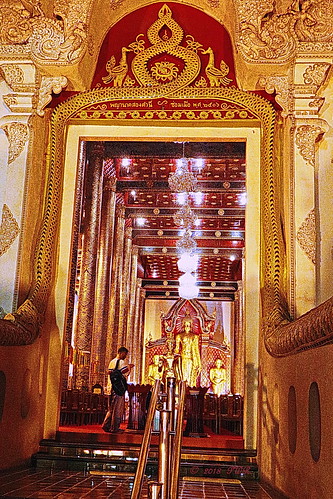 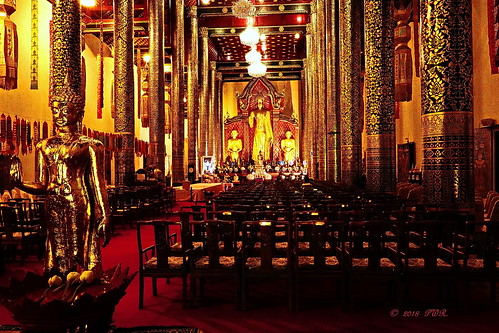 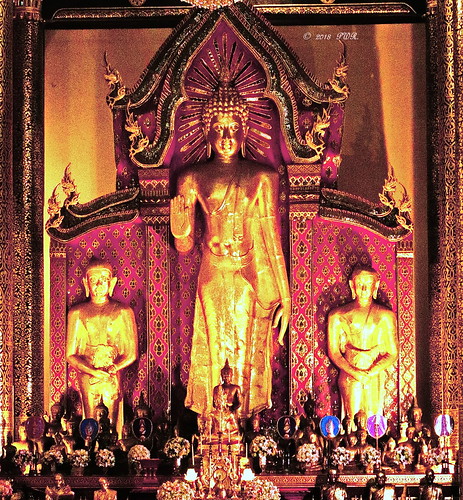 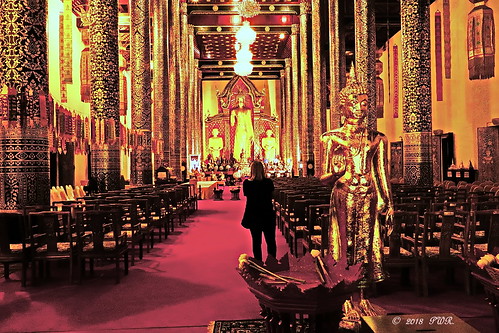 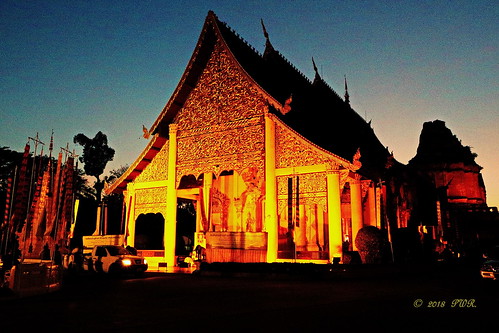 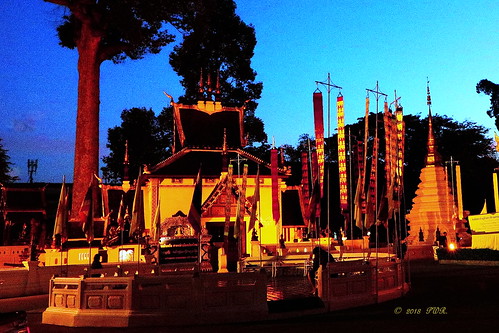 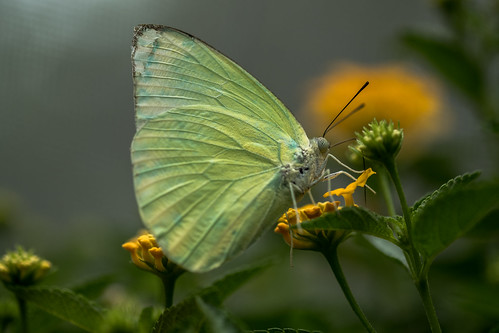 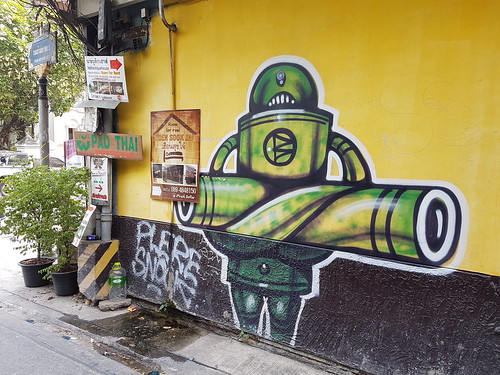 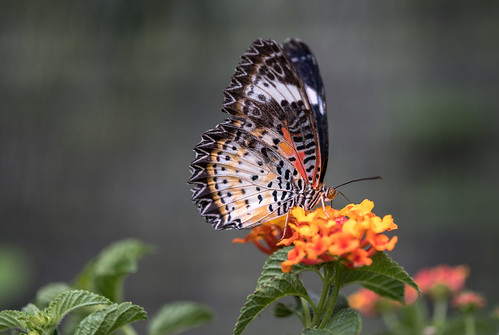 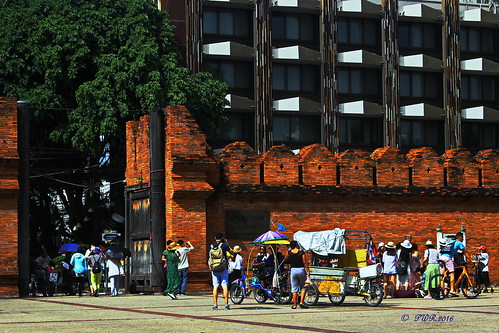 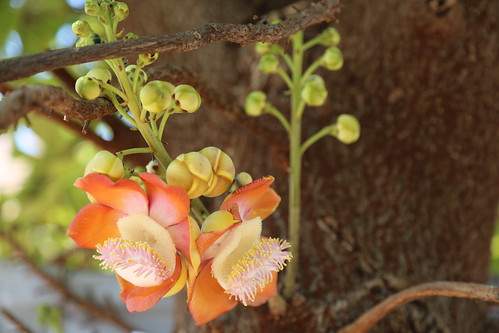 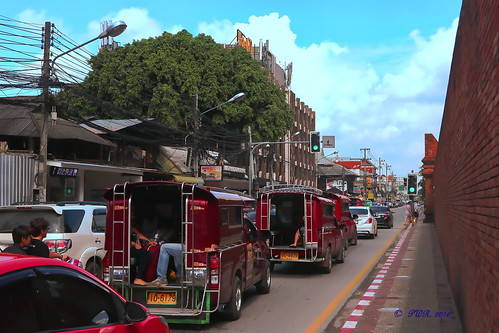 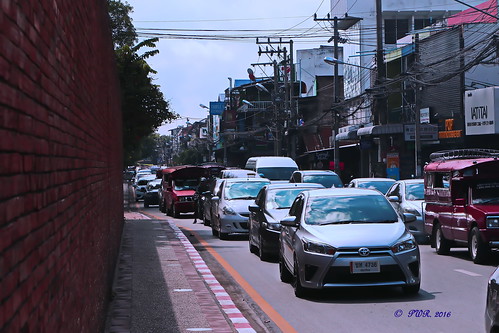 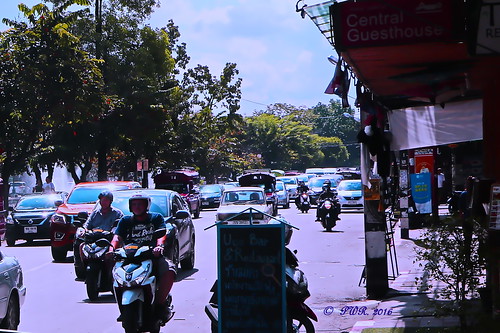 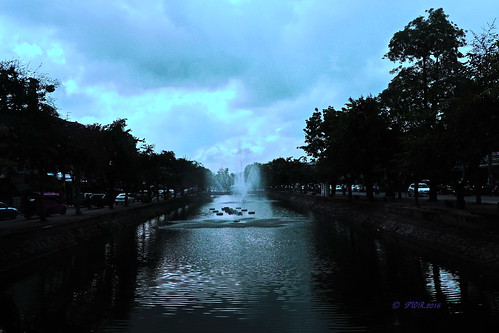 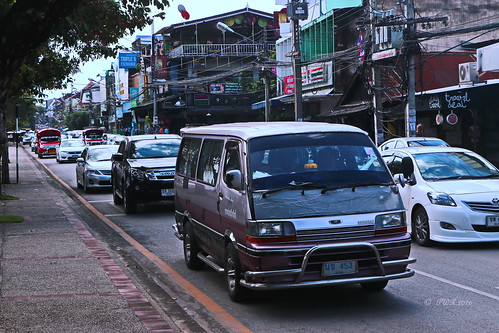 Chiang Mai (, from Thai: เชียงใหม่ [tɕʰīəŋ màj] , Northern Thai: ᨩ᩠ᨿᨦ ᩲᩉ᩠ᨾ᩵ [t͡ɕīəŋ.màj] ), sometimes written as Chiengmai or Chiangmai, is the largest city in northern Thailand and the capital of Chiang Mai Province. It is 700 km (435 mi) north of Bangkok in a mountainous region.
Chiang Mai (meaning "New City" in Thai) was founded in 1296 as the new capital of Lan Na, succeeding the former capital, Chiang Rai. The city's location on the Ping River (a major tributary of the Chao Phraya River) and its proximity to major trading routes contributed to its historic importance.The city (thesaban nakhon, "city municipality") of Chiang Mai only officially covers most parts of the Mueang Chiang Mai District, with a population of 127,000, the city's sprawl extends into several neighboring districts. The Chiang Mai metropolitan area has a population of nearly one million people, which is more than half of the total population of Chiang Mai Province.
The city is subdivided into four khwaeng (electoral wards): Nakhon Ping, Srivijaya, Mengrai, and Kawila. The first three are on the west bank of the Ping River, and Kawila is on the east bank. Nakhon Ping District includes the northern part of the city. Srivijaya, Mengrai, and Kawila consist of the western, southern, and eastern parts, respectively. The city center—within the city walls—is mostly within Srivijaya ward.