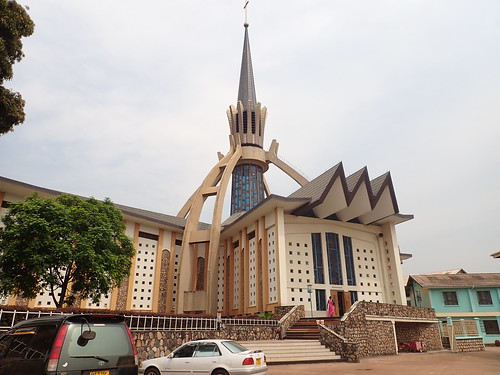 Bukoba is a city, with a population of 128,796 (2012 census), situated in the north west of The United Republic of Tanzania on the south western shores of Lake Victoria. It is the capital of the Kagera region, and the administrative seat for Bukoba Urban District. The city is served by Bukoba Airport and regular ferry connections to and from Mwanza, as well as roads linking to Uganda's Rakai District for the cross border car commuters with plans underway for a standard gauge railway construction[1] to fulfil the high ambitions of Uganda.