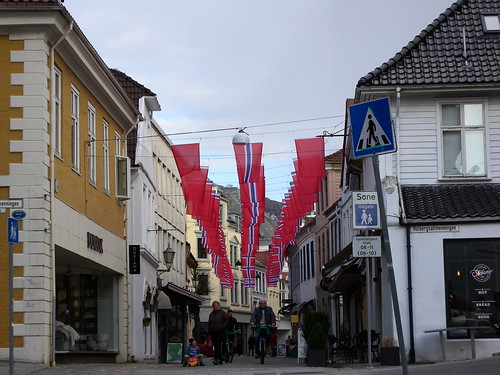 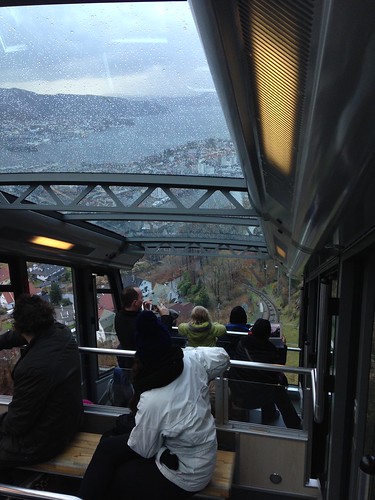 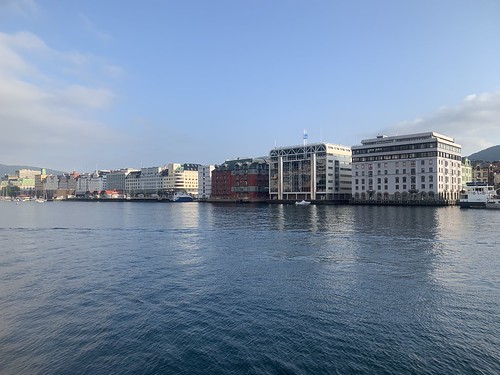 Bergen (Norwegian pronunciation: [ˈbæ̀rɡn̩] ), historically Bjørgvin, is a city and municipality in Vestland county on the west coast of Norway. As of 2021, its population is roughly 285,900. Bergen is the second-largest city in Norway. The municipality covers 465 square kilometres (180 sq mi) and is on the peninsula of Bergenshalvøyen. The city centre and northern neighbourhoods are on Byfjorden, 'the city fjord', and the city is surrounded by mountains; Bergen is known as the "city of seven mountains". Many of the extra-municipal suburbs are on islands. Bergen is the administrative centre of Vestland county. The city consists of eight boroughs: Arna, Bergenhus, Fana, Fyllingsdalen, Laksevåg, Ytrebygda, Årstad, and Åsane.
Trading in Bergen may have started as early as the 1020s. According to tradition, the city was founded in 1070 by king Olav Kyrre and was named Bjørgvin, 'the green meadow among the mountains'.