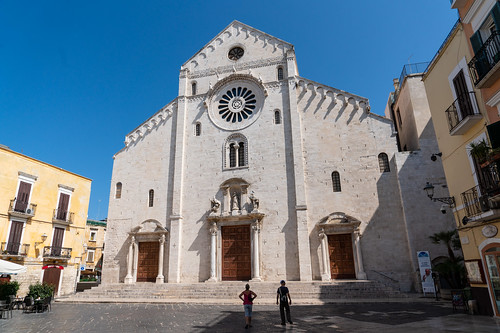 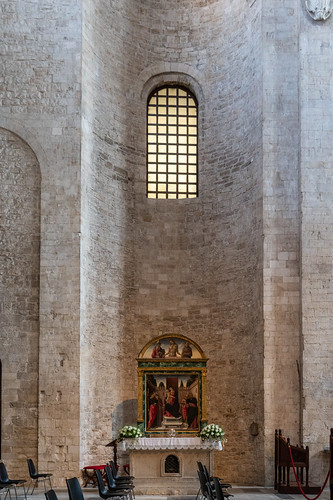 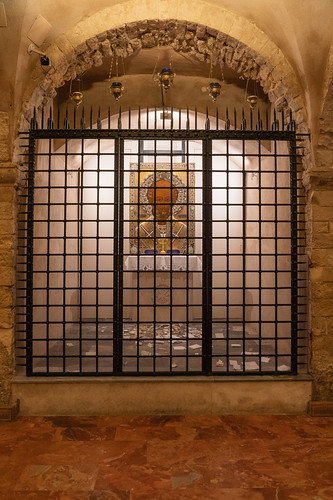 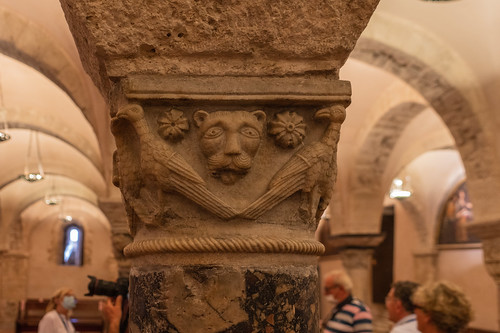 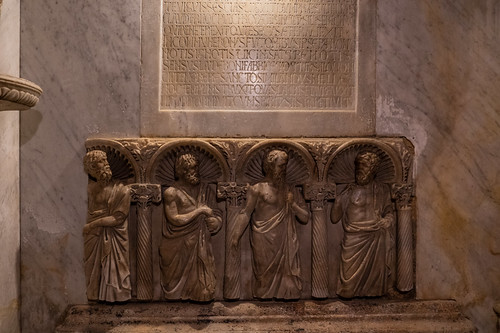 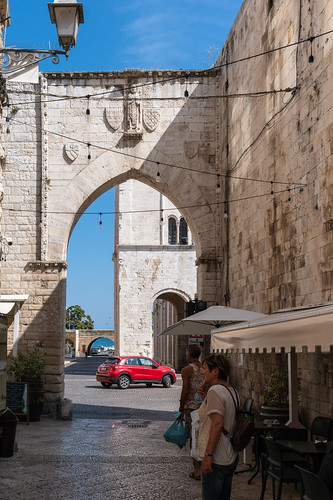 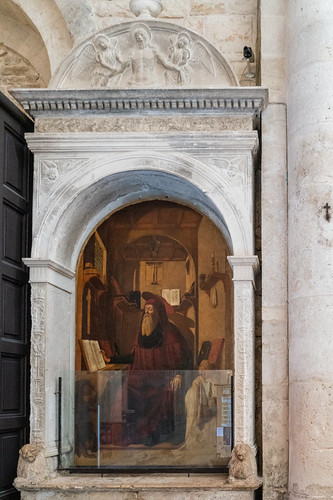 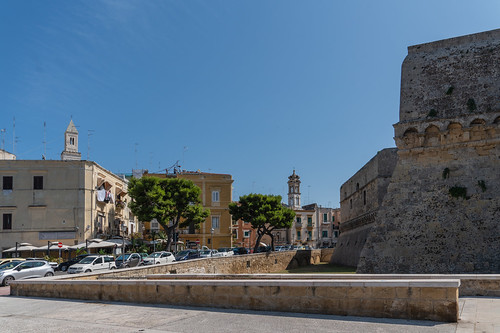 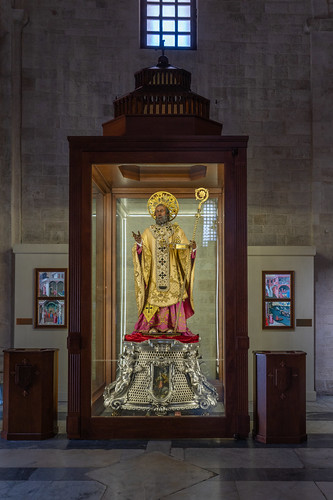 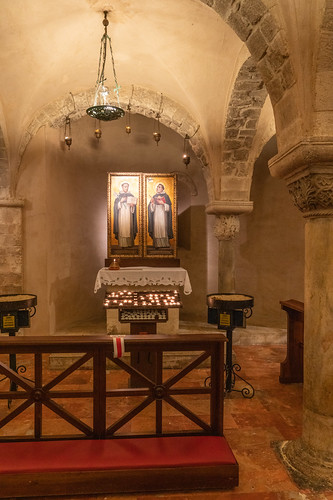 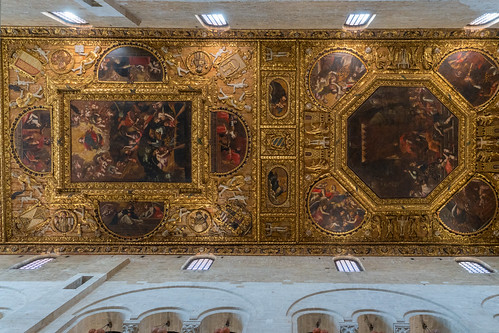 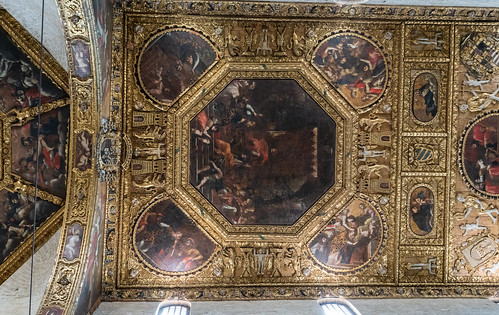 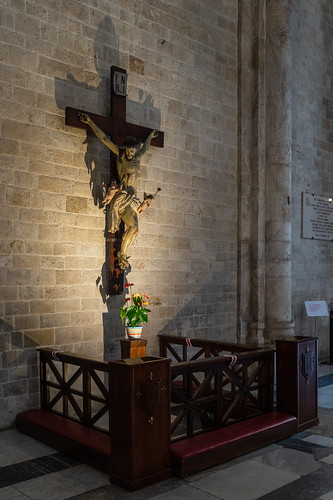 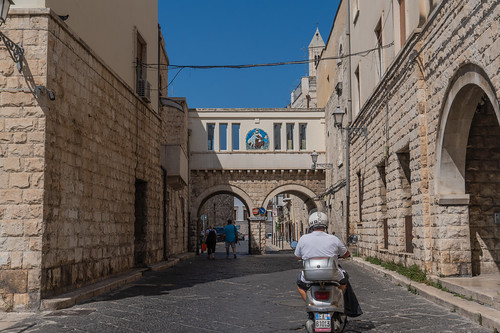 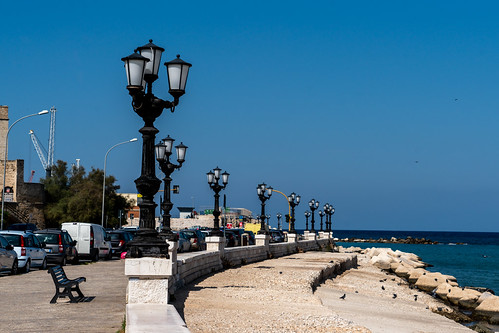 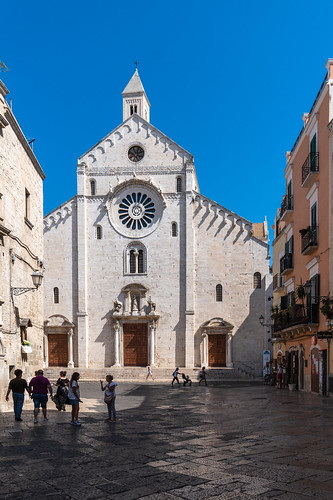 Bari ( BAR-ee, Italian: [ˈbaːri] ; Barese: Bare [ˈbæːrə]; Latin: Barium; Ancient Greek: Βάριον, romanized: Bárion) is the capital city of the Metropolitan City of Bari and of the Apulia region, on the Adriatic Sea, in southern Italy. It is the second most important economic centre of mainland Southern Italy after Naples (and the third after Palermo, if Insular Italy is included), a port and university city, as well as the city of Saint Nicholas. The city itself has a population of 320,257 inhabitants, over 116 square kilometres (45 sq mi), while the urban area has 750,000 inhabitants. The metropolitan area has 1.3 million inhabitants.
Bari is made up of four different urban sections. To the north is the closely built old town on the peninsula between two modern harbours, with the Basilica of Saint Nicholas, the Cathedral of San Sabino (1035–1171) and the Hohenstaufen Castle built for Frederick II, which is now also a major nightlife district. To the south is the Murat quarter (erected by Joachim Murat), the modern heart of the city, which is laid out on a rectangular grid-plan with a promenade on the sea and the major shopping district (the via Sparano and via Argiro).
Modern residential zones surrounding the centre of Bari were built during the 1960s and 1970s replacing the old suburbs that had developed along roads splaying outwards from gates in the city walls. In addition, the outer suburbs developed rapidly during the 1990s. The city has a redeveloped airport, Karol Wojtyła Airport, with connections to several European cities.