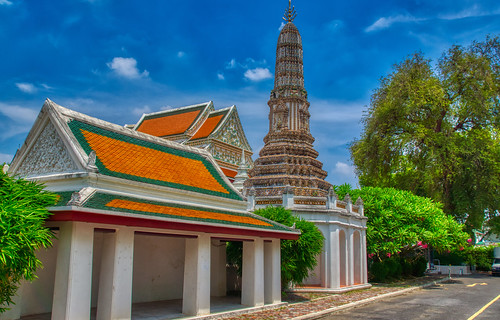 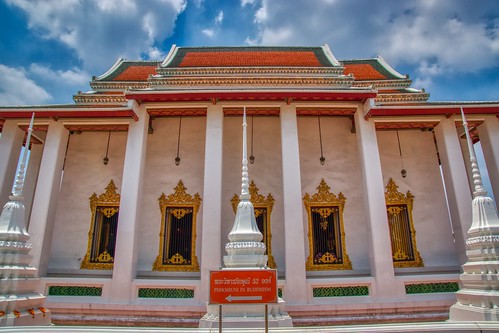 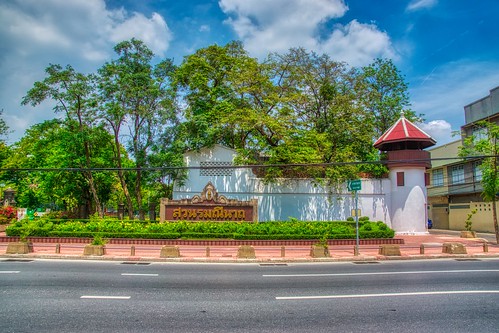 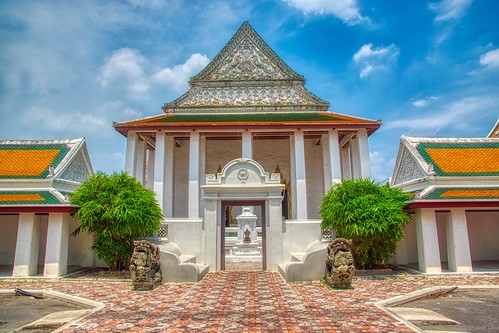 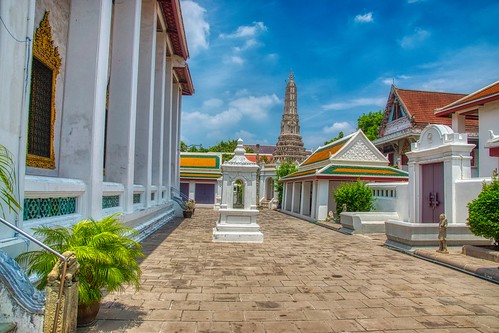 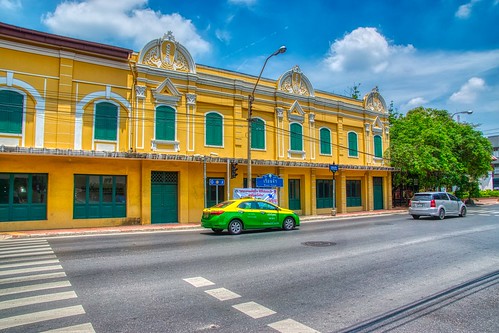 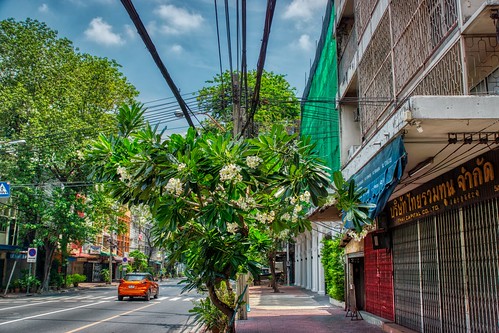 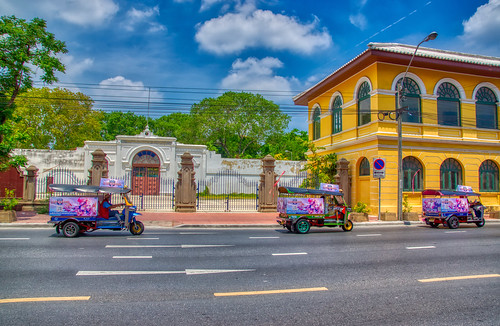 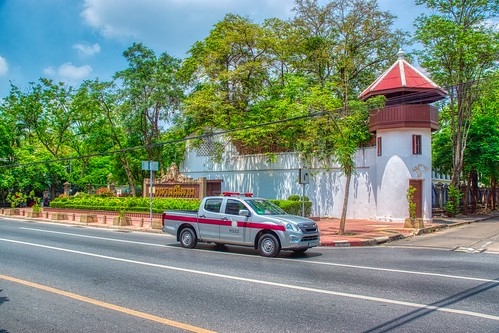 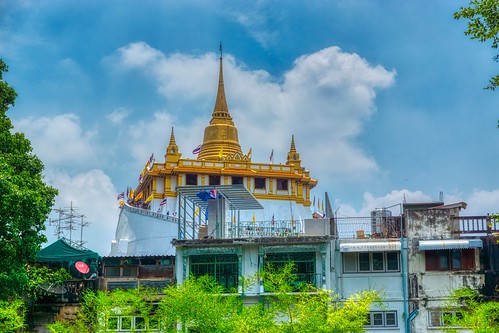 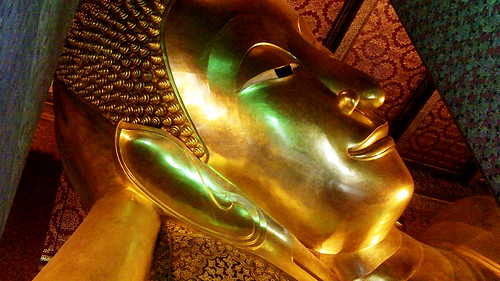 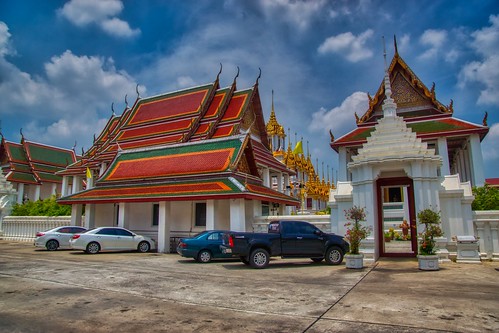 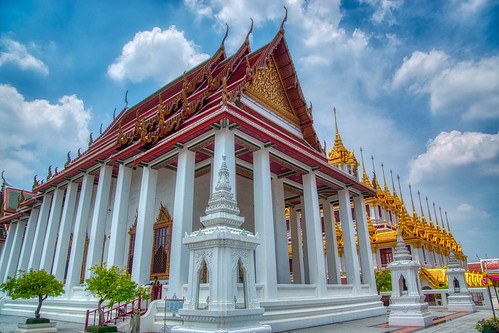 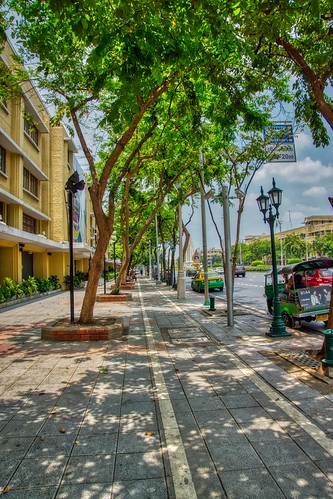 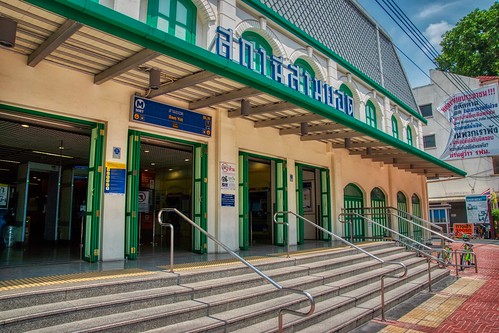 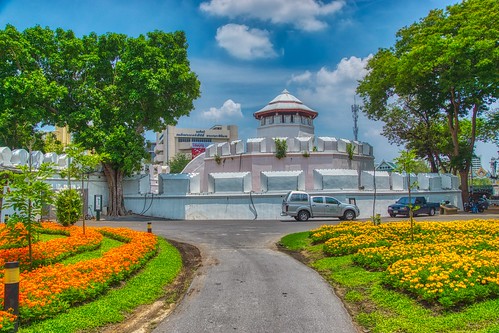 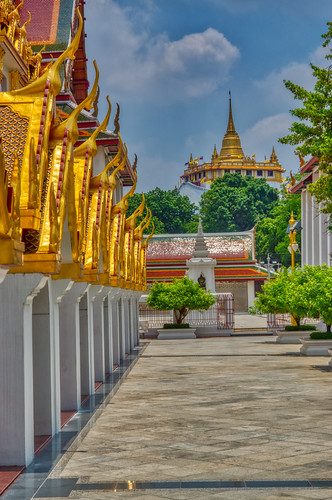 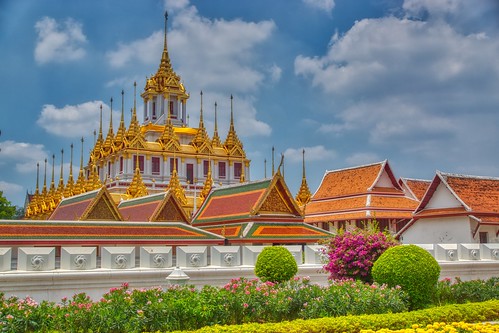 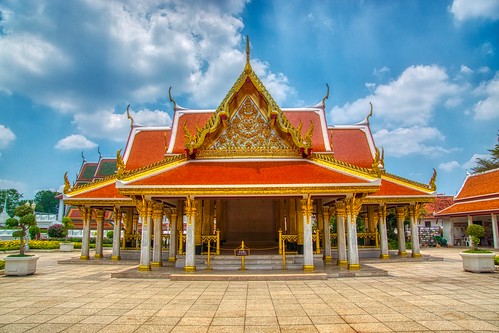 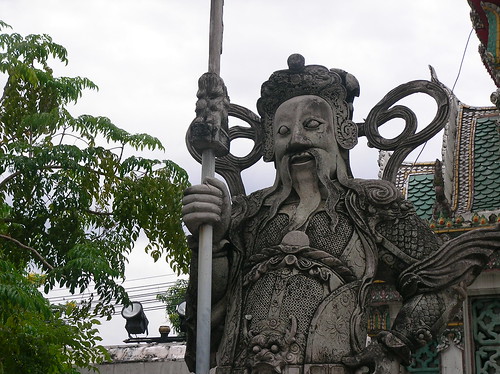 Bangkok is the capital and most populous city of Thailand. It is known in Thai as Krung Thep Maha Nakhon or simply Krung Thep. The city occupies 1,568.7 square kilometres (605.7 sq mi) in the Chao Phraya River delta in central Thailand and has an estimated population of 10.539 million as of 2020, 15.3 percent of the country's population. Over fourteen million people (22.2 percent) lived within the surrounding Bangkok Metropolitan Region at the 2010 census, making Bangkok an extreme primate city, dwarfing Thailand's other urban centres in both size and importance to the national economy.
Bangkok traces its roots to a small trading post during the Ayutthaya Kingdom in the 15th century, which eventually grew and became the site of two capital cities: Thonburi in 1768 and Rattanakosin in 1782. Bangkok was at the heart of the modernization of Siam, later renamed Thailand, during the late-19th century, as the country faced pressures from the West. The city was at the centre of Thailand's political struggles throughout the 20th century, as the country abolished absolute monarchy, adopted constitutional rule, and underwent numerous coups and several uprisings. The city, incorporated as a special administrative area under the Bangkok Metropolitan Administration in 1972, grew rapidly during the 1960s through the 1980s and now exerts a significant impact on Thailand's politics, economy, education, media and modern society.
The Asian investment boom in the 1980s and 1990s led many multinational corporations to locate their regional headquarters in Bangkok. The city is now a regional force in finance and business.