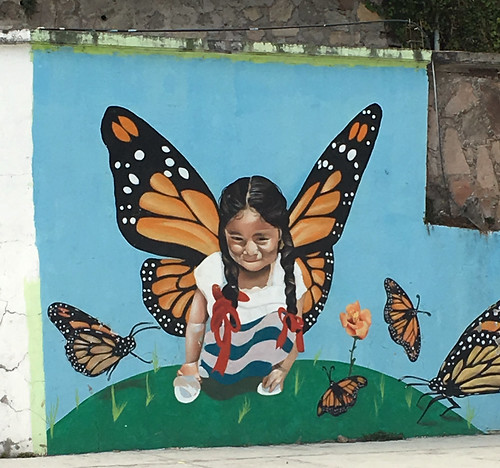 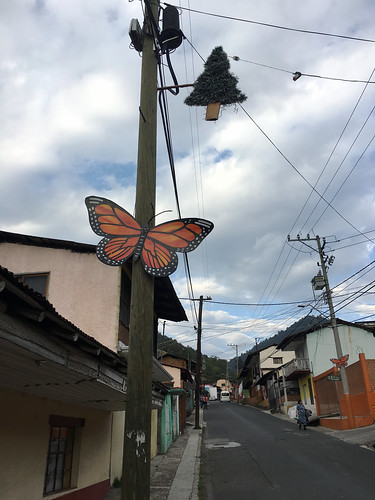 Angangueo (Spanish: [aŋɡaŋˈɡeo] ) is a municipality located in far eastern Michoacán state in central Mexico noted for its history of mining and its location in the Monarch Butterfly Biosphere Reserve. The municipal seat is the Mineral de Angangueo. It is located in high rugged forested mountains, with the town in a small canyon.
The town was officially founded shortly after a large mineral deposit was discovered in the area in the very late 18th century. The mines gave out in the 20th century, but promotion of the area due to its proximity to two butterfly sanctuaries has brought in some tourism.