Alexandria is the third-largest city in Egypt after Cairo and Giza, the ninth-largest city in Africa, and a major economic centre. Called the “Bride of the Mediterranean” by locals, Alexandria is the largest city on the Mediterranean, the fourth-largest city in the Arab world, and the ninth-largest urban area in Africa as well as the 79th largest urban area by population on Earth. The city extends about 40 km at the northern coast of Egypt along the Mediterranean Sea. Alexandria is a popular tourist destination, and an important industrial centre due to its natural gas and oil pipelines from Suez.
Alexandria was founded in c. 331 BC by Alexander the Great in the vicinity of an Egyptian settlement named Rhacotis . Alexandria grew rapidly, becoming a major centre of Hellenic civilisation, and replacing Memphis as Egypt’s capital during the reign of the Ptolemaic pharaohs who succeeded Alexander. It retained this status for almost a millennium, through the period of Roman and Eastern Roman rule until the Muslim conquest of Egypt in 641 AD, when a new capital was founded at Fustat .
Alexandria was best known for the Lighthouse of Alexandria , one of the Seven Wonders of the Ancient World, its Great Library , and the Necropolis, one of the Seven Wonders of the Middle Ages. Alexandria was the intellectual and cultural centre of the ancient Mediterranean for much of the Hellenistic age and late antiquity. It was at one time the largest city in the ancient world before being eventually overtaken by Rome.

The church, baptistry, basilicas, public buildings, streets, monasteries, houses and workshops in this early Christian holy city were built over the tomb of the martyr Menas of Alexandria, who died in A.D. 296. 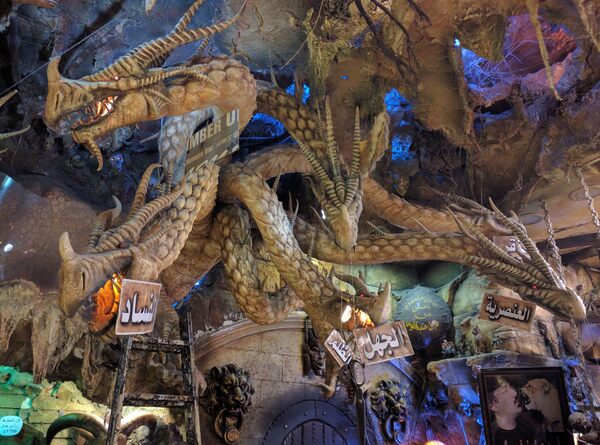