The 34,658 ha site, between the foothills of the Tequila Volcano and the deep valley of the Rio Grande River, is part of an expansive landscape of blue agave, shaped by the culture of the plant used since the 16th century to produce tequila spirit and f…

A prime example of a Mayan sanctuary of the classical period, Palenque was at its height between AD 500 and 700, when its influence extended throughout the basin of the Usumacinta River. The elegance and craftsmanship of the buildings, as well as the li…

The old colonial town of Querétaro is unusual in having retained the geometric street plan of the Spanish conquerors side by side with the twisting alleys of the Indian quarters. The Otomi, the Tarasco, the Chichimeca and the Spanish lived togeth…

Built in the 16th century, Morelia is an outstanding example of urban planning which combines the ideas of the Spanish Renaissance with the Mesoamerican experience. Well-adapted to the slopes of the hill site, its streets still follow the original layou…

Built in 1948, the House and Studio of architect Luis Barragán in the suburbs of Mexico City represents an outstanding example of the architect’s creative work in the post-Second World War period. The concrete building, totalling 1,161 m2, …

The Mayan town of Uxmal, in Yucatán, was founded c. A.D. 700 and had some 25,000 inhabitants. The layout of the buildings, which date from between 700 and 1000, reveals a knowledge of astronomy. The Pyramid of the Soothsayer, as the Spaniards called it…

Campeche is a typical example of a harbour town from the Spanish colonial period in the New World. The historic centre has kept its outer walls and system of fortifications, designed to defend this Caribbean port against attacks from the sea.

Tlacotalpan, a Spanish colonial river port on the Gulf coast of Mexico, was founded in the mid-16th century. It has preserved its original urban fabric to a remarkable degree, with wide streets, colonnaded houses in a profusion of styles and colours, an…

Paquimé, Casas Grandes, which reached its apogee in the 14th and 15th centuries, played a key role in trade and cultural contacts between the Pueblo culture of the south-western United States and northern Mexico and the more advanced civilization… 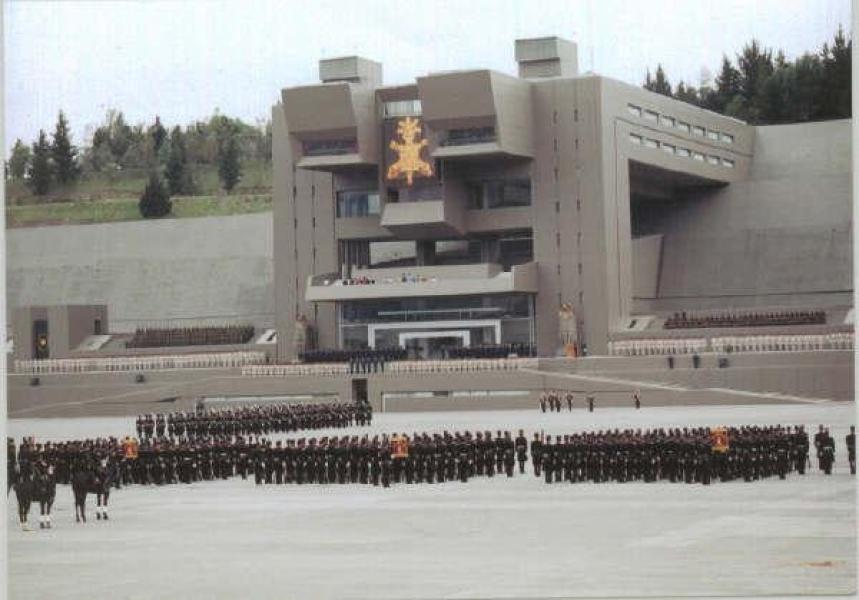 The holy city of Teotihuacan (‘the place where the gods were created’) is situated some 50 km north-east of Mexico City. Built between the 1st and 7th centuries A.D., it is characterized by the vast size of its monuments – in particular, the Temple of… 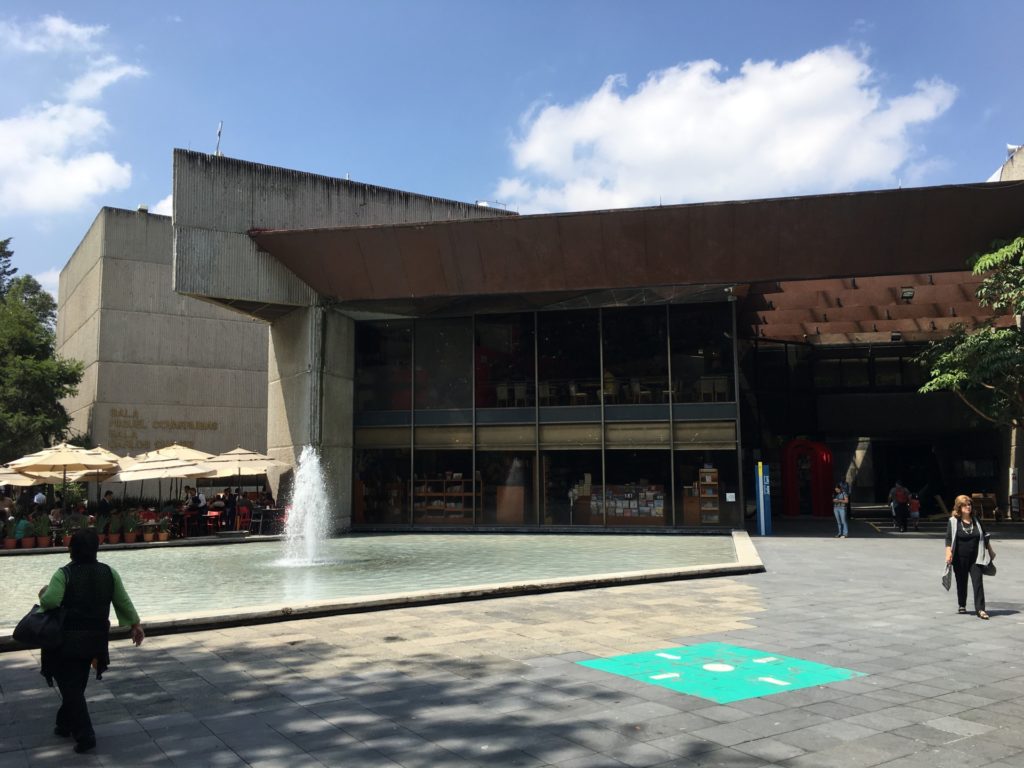 Located in the eastern Pacific Ocean, this archipelago is made up of four remote islands and their surrounding waters: San Benedicto, Socorro, Roca Partida and Clarión. This archipelago is part of a submerged mountain range, with the four islands repre… 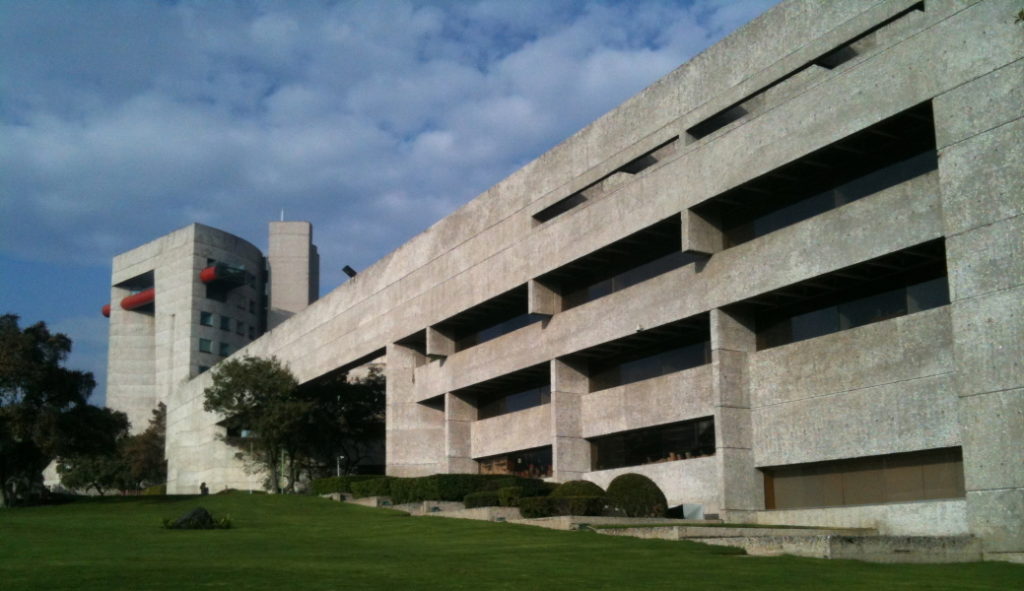 This sacred site was one of the greatest Mayan centres of the Yucatán peninsula. Throughout its nearly 1,000-year history, different peoples have left their mark on the city. The Maya and Toltec vision of the world and the universe is revealed in… 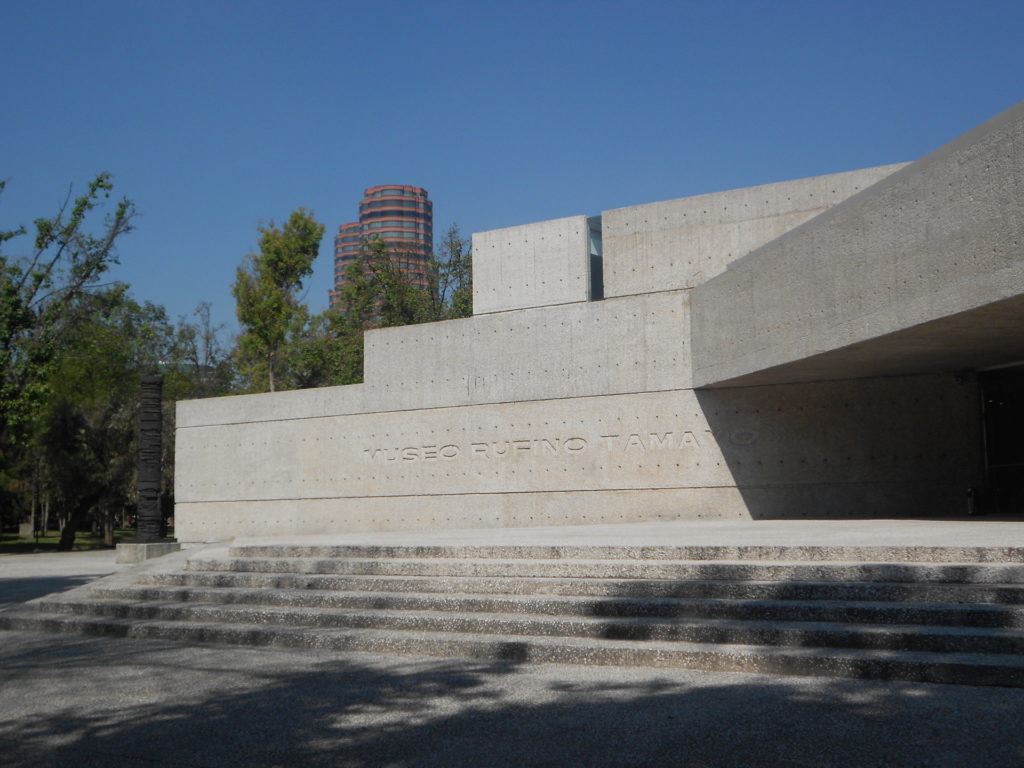 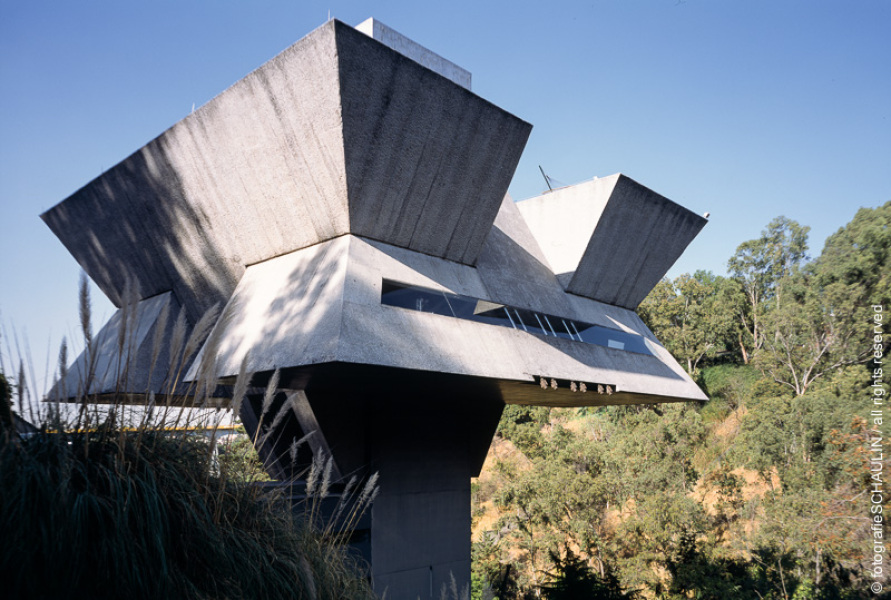 The fortified town, first established in the 16th century to protect the Royal Route inland, reached its apogee in the 18th century when many of its outstanding religious and civic buildings were built in the style of the Mexican Baroque. Some of these … 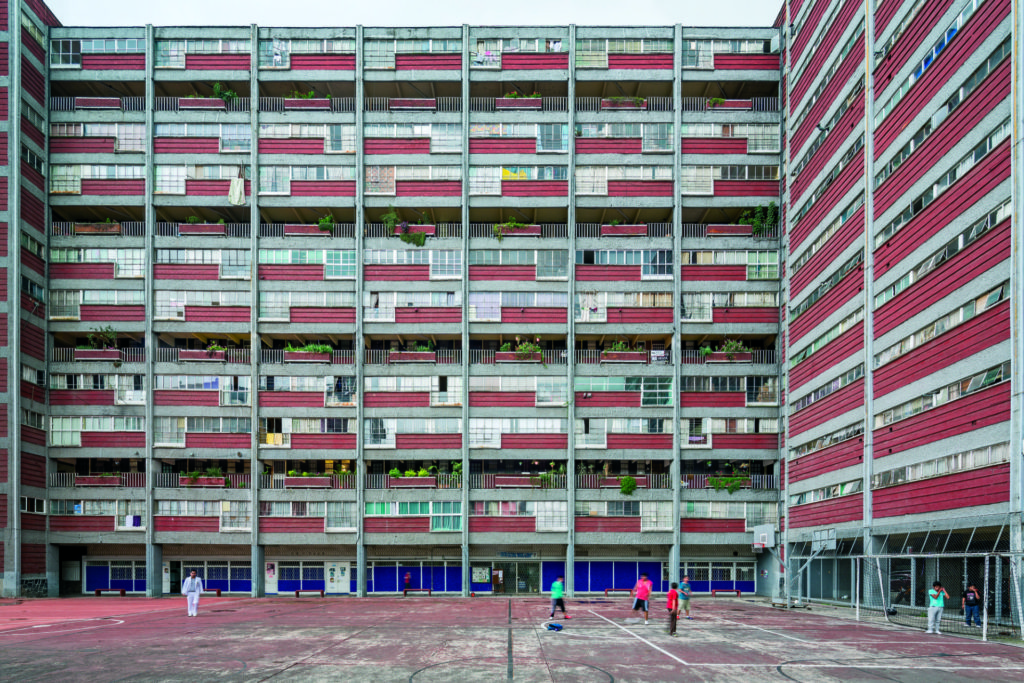 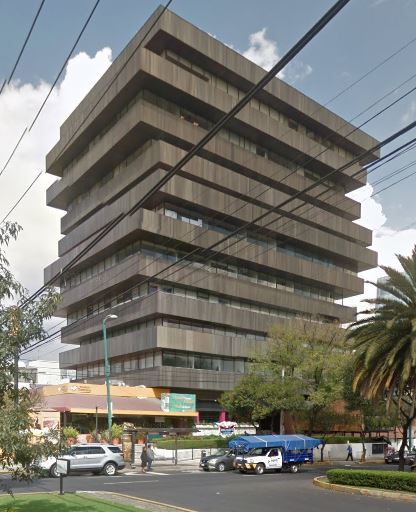 This 16th century aqueduct is located between the states of Mexico and Hidalgo, on the Central Mexican Plateau. This heritage canal system encompasses a water catchment area, springs, canals, distribution tanks and arcaded aqueduct bridges. The site inc…

The 56,259 ha biosphere lies within rugged forested mountains about 100 km northwest of Mexico City. Every autumn, millions, perhaps a billion, butterflies from wide areas of North America return to the site and cluster on small areas of the forest rese…

Xochicalco is an exceptionally well-preserved example of a fortified political, religious and commercial centre from the troubled period of 650–900 that followed the break-up of the great Mesoamerican states such as Teotihuacan, Monte Albán…

Puebla, which was founded ex nihilo in 1531, is situated about 100 km east of Mexico City, at the foot of the Popocatepetl volcano. It has preserved its great religious structures such as the 16th–17th-century cathedral and fine buildings like the…

Founded in 1546 after the discovery of a rich silver lode, Zacatecas reached the height of its prosperity in the 16th and 17th centuries. Built on the steep slopes of a narrow valley, the town has breathtaking views and there are many old buildings, bot… 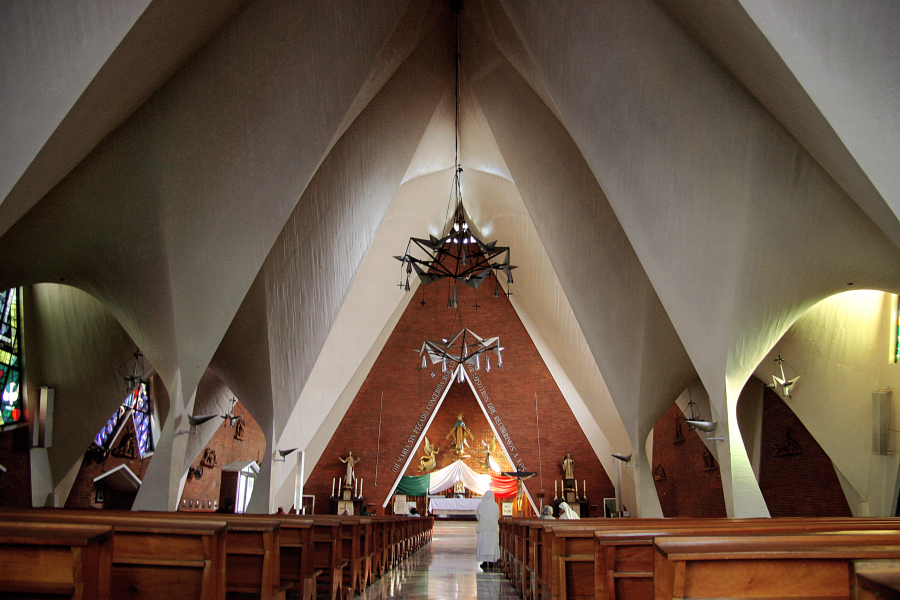 Located in the central part of the peninsula of Baja California, the sanctuary contains some exceptionally interesting ecosystems. The coastal lagoons of Ojo de Liebre and San Ignacio are important reproduction and wintering sites for the grey whale, ha…

Historic Centre of Oaxaca and Archaeological Site of Monte Albán

Inhabited over a period of 1,500 years by a succession of peoples – Olmecs, Zapotecs and Mixtecs – the terraces, dams, canals, pyramids and artificial mounds of Monte Albán were literally carved out of the mountain and are the symbols…

This property lies on the northern slopes of the Tlacolula valley in subtropical central Oaxaca and consists of two pre-Hispanic archaeological complexes and a series of pre-historic caves and rock shelters. Some of these shelters provide archaeological…

Islands and Protected Areas of the Gulf of California

The site comprises 244 islands, islets and coastal areas that are located in the Gulf of California in north-eastern Mexico. The Sea of Cortez and its islands have been called a natural laboratory for the investigation of speciation. Moreover, almost al…

The site is located in the central/southern portion of the Yucatán Peninsula, in southern Mexico and includes the remains of the important Maya city Calakmul, set deep in the tropical forest of the Tierras Bajas. The city played a key role in the hist…

Earliest 16th-Century Monasteries on the Slopes of Popocatepetl

These 14 monasteries stand on the slopes of Popocatepetl, to the south-east of Mexico City. They are in an excellent state of conservation and are good examples of the architectural style adopted by the first missionaries – Franciscans, Dominicans and…

Located in the state of Veracruz, El Tajin was at its height from the early 9th to the early 13th century. It became the most important centre in north-east Mesoamerica after the fall of the Teotihuacan Empire. Its cultural influence extended all along …

Built in the 16th century by the Spanish on the ruins of Tenochtitlan, the old Aztec capital, Mexico City is now one of the world’s largest and most densely populated cities. It has five Aztec temples, the ruins of which have been identified, a cathedra…

Tehuacán-Cuicatlán Valley, part of the Mesoamerican region, is the arid or semi-arid zone with the richest biodiversity in all of North America. Consisting of three components, Zapotitlán-Cuicatlán, San Juan Raya and Purrón, it is one of the main c…

The Hospicio Cabañas was built at the beginning of the 19th century to provide care and shelter for the disadvantaged – orphans, old people, the handicapped and chronic invalids. This remarkable complex, which incorporates several unusual f…

From c. 100 B.C. to A.D. 1300, the Sierra de San Francisco (in the El Vizcaino reserve, in Baja California) was home to a people who have now disappeared but who left one of the most outstanding collections of rock paintings in the world. They are remar…

The ensemble of buildings, sports facilities and open spaces of the Central University City Campus of the Universidad Nacional Autónoma de México (UNAM), was built from 1949 to 1952 by more than 60 architects, engineers and artists who wer…

Franciscan Missions in the Sierra Gorda of Querétaro

The five Franciscan missions of Sierra Gorda were built during the last phase of the conversion to Christianity of the interior of Mexico in the mid-18th century and became an important reference for the continuation of the evangelization of California,…

Camino Real de Tierra Adentro was the Royal Inland Road, also known as the Silver Route. The inscribed property consists of 55 sites and five existing World Heritage sites lying along a 1400 km section of this 2600 km route, that extends north from Mexi…

The 714,566 hectare site comprises two distinct parts: the dormant volcanic Pinacate Shield of black and red lava flows and desert pavements to the east, and, in the west, the Gran Altar Desert with its ever changing and varied sand dunes that can reach…

Founded by the Spanish in the early 16th century, Guanajuato became the world’s leading silver-extraction centre in the 18th century. This past can be seen in its ‘subterranean streets’ and the ‘Boca del Inferno’, a mineshaft that plunges a breathtaking… 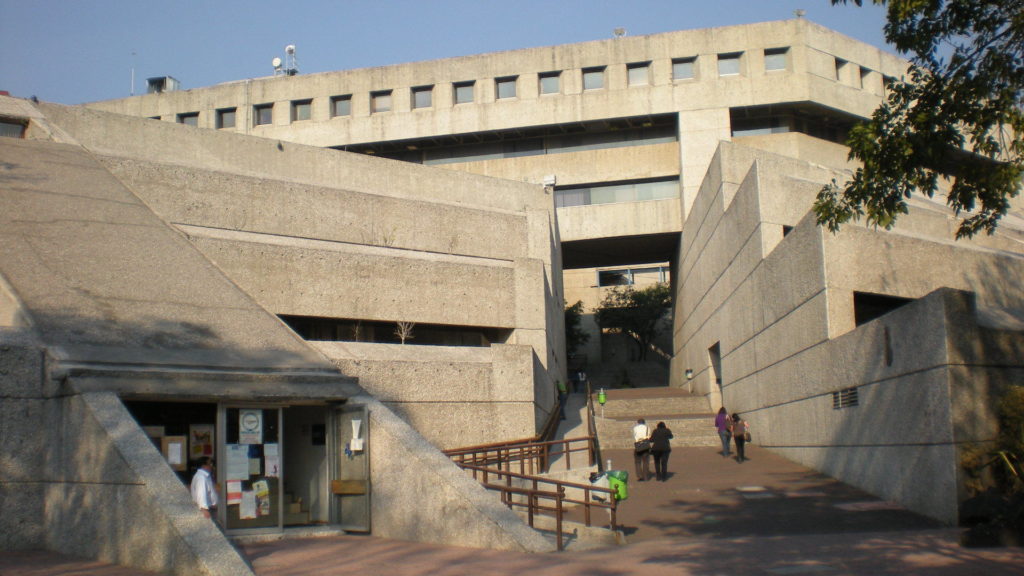 In the language of the Mayan peoples who once inhabited this region, Sian Ka’an means ‘Origin of the Sky’. Located on the east coast of the Yucatán peninsula, this biosphere reserve contains tropical forests, mangroves and marshes, as well as a l…