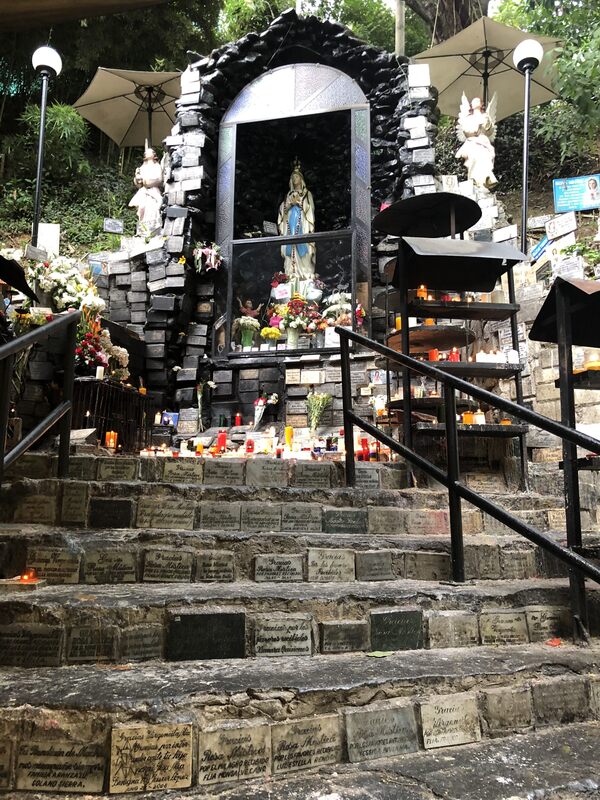 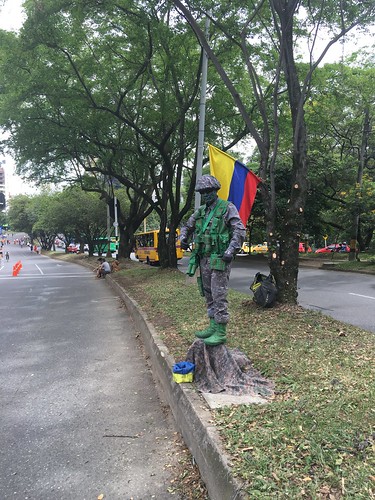 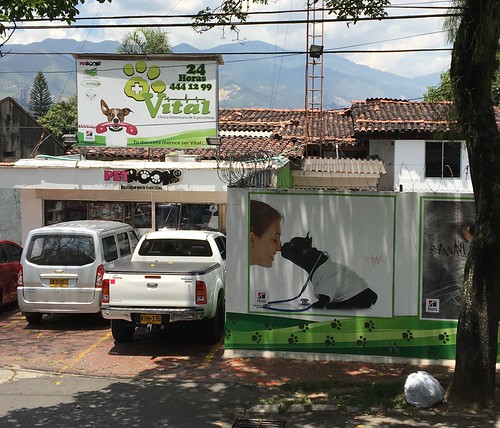 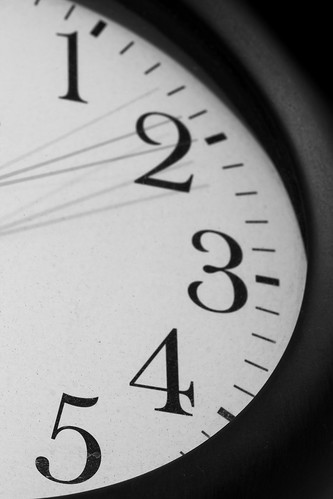 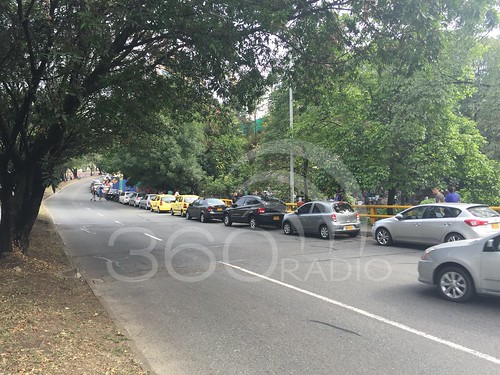 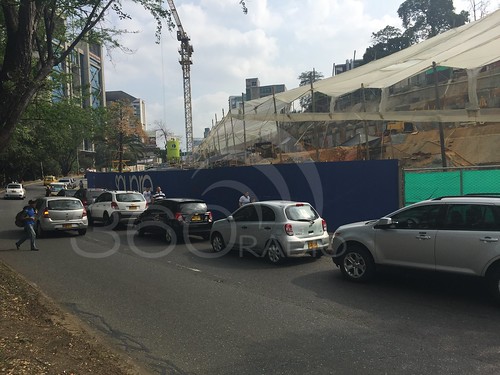 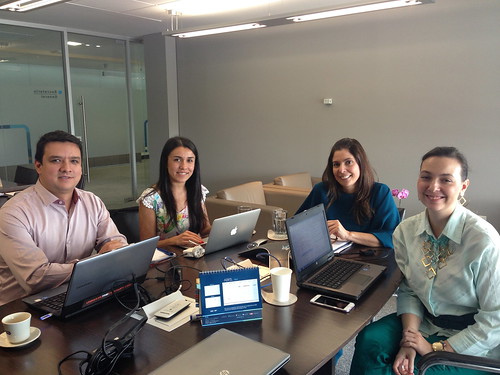 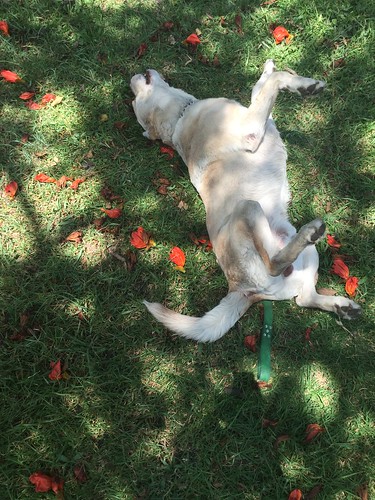 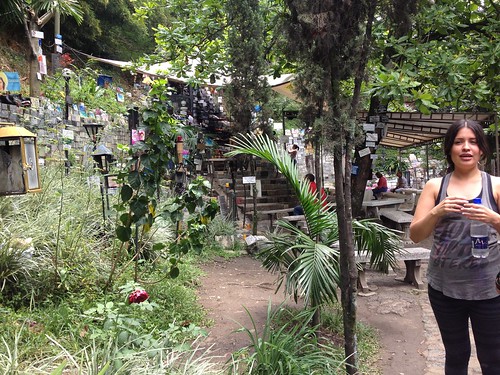 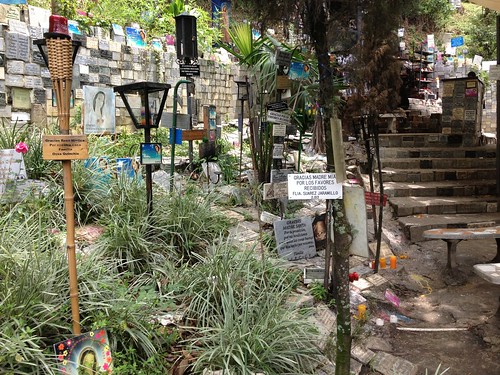 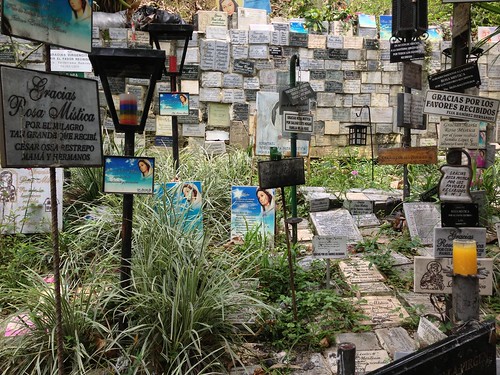 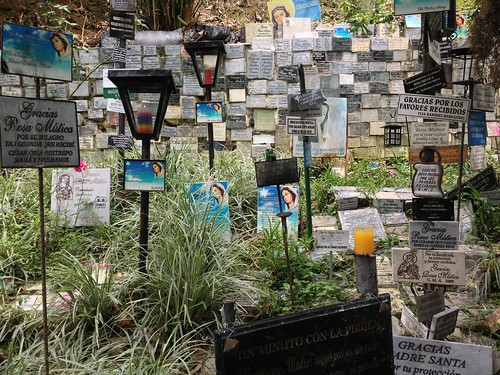 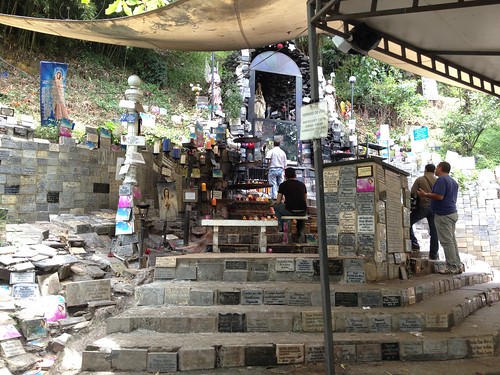 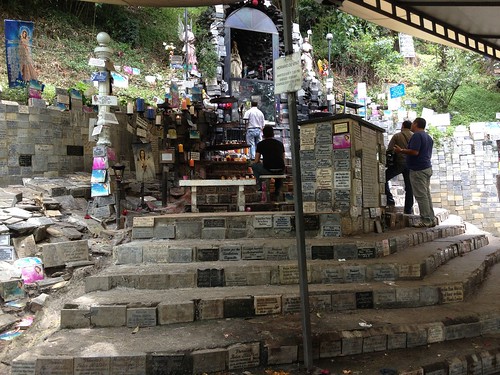 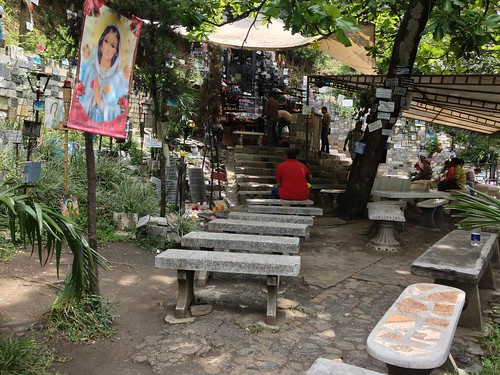 Discover Virgen Rosa Mystica (Virgin of the Mystic Rose) in Medellín, Colombia: The religious shrine that Pablo Escobar's men would allegedly visit before completing a mission.

Said to be where the brutal sicarios (hitmen) of the infamous Colombian drug lord, Pablo Escobar, would pray, the shrine of the Mystic Rose is a hidden religious destination in Medellín built by its patrons.

The surrounding grotto lives in a piece of a mountain found in the Poblado neighborhood and is paved with plaques donated by thankful followers.

“Mystic Rosa” is known as a mystery because of her ability to grant miracles both good and bad, especially ones that Escobar’s Medellín Cartel allegedly asked her for.

Referred to as the “Virgin of the Sicarios,” which translates to “Virgin of the Assassins,” it is rumored that the wealthy kingpin built this shrine from rubble found in the formerly-abandoned grotto and embedded the virgin’s image within it to express his gratitude.

Twenty years ago, this unassuming pilgrimage center honored a different biblical theme: Immaculate Conception. Today, various souvenirs extolling the Mystic Rose are sold within. Though, at one point, Pablo Escobar was the world’s most wanted man, his “Robin Hood” reputation for sharing his wealth with impoverished Colombian neighborhoods explains his careful curation of this shrine.

Ultimately, the Virgin of the Mystic Rose is an intimate cavern, created for the sole purpose of freely expressing love for the Virgin. Equal parts religious and historical, this grotto-enveloped shrine offers a meditative break from the busy surrounding city of Medellín.

Free, open to the public, and easy to access. Taking a cab is suggested since there is no parking. This place is known locally and does not have a reputation for being dangerous.